Cerro Colorado is one of the most striking tourist postas in Cordoba. Legends about the origin of life, aliens, death and more... 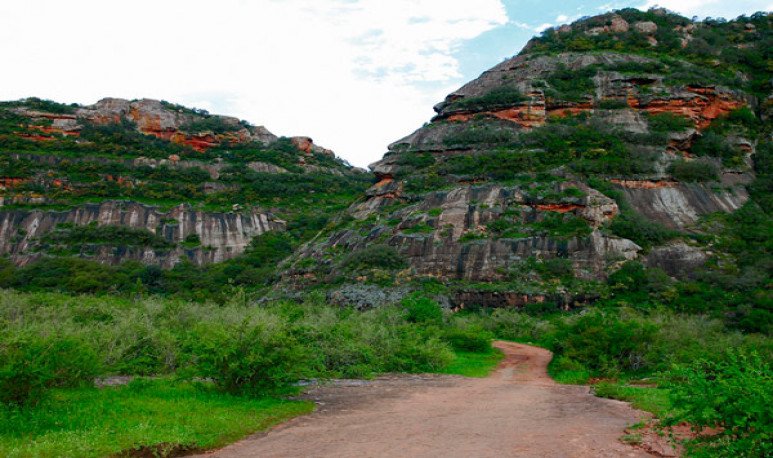 Popular myths are part of our identity.  No matter how much reality they reflect, compose and construct with every detail the collective imagination. Therefore, it is important to  spread and record the stories  that are born in orality and spread from word to mouth. In this note we tell you the  legends of Cerro Colorado,  cradle of stories not to forget...

This popular legend has it that there is a leprechaun that inhabits the hill.  This mythical character lives in the mountain caves and is characterized by issuing three types of whistles, which are only heard if someone starts the conversation  during the dark night of the hill . There are those who had a whistling conversation with this little one (or giant, no one knows). They are always “friends of a friend” or “cousins of...'s brother's uncle” and you never know for sure if those episodes happened. However,  legend feeds on the fantasy of the village and the constant mystery.

2. The one with the leprechaun of the street

No one knows if it is the family of the whistling goblin, or even  if it is the same creature.  This is usually shown on the street on the way to the house of Ramón Barrera, a local and artisan who works with local stones. The leprechaun appears at night  and scares people who pass by motorbike.   There are few who witnessed this presence, however , bad tongues warn that if it appears, it is necessary to remain calm  and not attempt to attack it. Since there are those who have tried to hurt him and were “won by hand” by  the rogue goblin...

Like every millennial geological formation,  Cerro Colorado was inhabited by native communities  that settled and lived for a long time. Until the arrival of the Spaniards and  the mass genocide of indigenous peoples.   Therefore, the bad tongues tell that the spirits of the aborigines who inhabited the area  stayed to protect the place.

One of the best known cases is that of a local who went to look for his foal in the stream near the hill, but when he arrived where the animal was, something happened. In the dark, with only the reflection of the moon as enlightenment,  he heard the ringing of drums and the cries of a tribe.  Nobody ever knew where the sounds came from...

Even, people in the area mention that  shadows appear in the entire Cerro region in the water fountains,  and they attribute these presences to the souls in grief of the native peoples.

The Spanish conquistadors arrived in American lands and  took away all the rich minerals they could, in addition to having taken slave labor and fauna and flora of all kinds  . Embelsed by so much natural wealth, they plundered the Cordovan lands,  as well as the mines of all current Latin American countries. Legend has it that there was a legendary piece of Cerro Colorado: a sun made with pure gold.   It is estimated that it was the work of some of the native communities that inhabited the area. They say that this jewel of ancient times existed and was found by some Englishmen who went to explore Cerro Colorado more than 60 years ago, but its whereabouts were never known.

“ Salamanca”  as the locals dubbed it is  a giant cave in the middle of the hill.   Because of its location, it is half difficult to find it. Neighbors also know it as  the cave of the sun.  Legend has it that in this place  mystical experiences are generated and that it is a key point to have pacts with the devil... Will it be?

6. There is alien life

According to many visitors and locals,  the visit to the hill may surprise you with strange lights.  Many witnesses claim to have witnessed the visit of  UFOs or lights that appear on the mountain.  Because of the mystical fame of the Sierras de Córdoba and an extensive history of extraterrestrial presence, this story would not surprise us...