Did you know that in Entre Ríos there are frozen toys that can reach up to 11 meters? They're a Luciano creation. 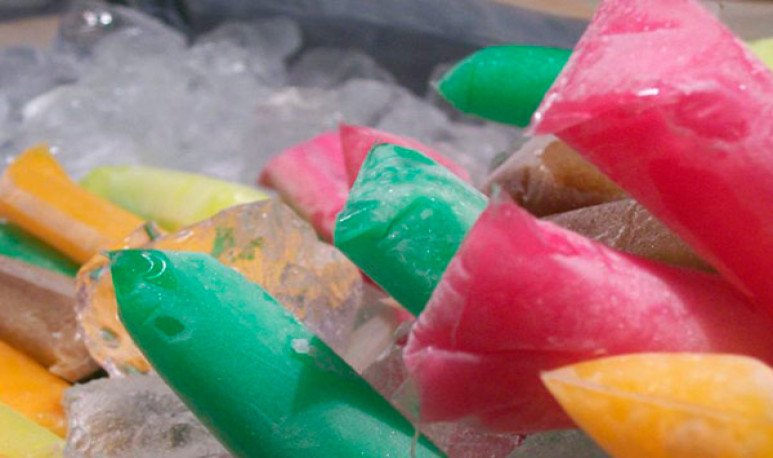 When he started working in the field he was called   make silver with water   , he tells.   Luciano Valentín is 78 years old and is from the city of Paraná   . So, the   most of his life,   is it   dedicated   to draw up a   product   with   own entity   within the community. Is that it does   50 years old   manufactures some   frozen toys   who became a   tradition   that   goes through generations   . It is a soda that surprisingly does not distinguish between ages, given that   they buy them big and boys   . A creation that contains numerous secrets and the   arduous work of an entire family   .

Man proudly assures that the treat is   recognized throughout the province   .   It     idea came up in a talk with his wife   , who passed away some time ago. There, the woman told her that children ate a lot of sweets, but they had nothing to catch their attention. So, he came to mind an idea and that's when he came to try a particular.   flavored ice   . And it was right, since it represents the   favorite choice of the little ones   during the summer.

Luciano and his wife invested numerous resources and energy for their venture to fly   . They did it side by side for much of their journey together. AND   the story goes on   in spite of the   absence   of it, but always with the   viva presence of your memory   .   Currently   , in the juguitos factory   many of their children work   and man continues to contribute to the tasks to be developed. In this regard, he gracefully maintains that   you have to stay in activity because if death does not reach you fast   .

While at first they were pointed out to market with something as simple as water, he claims that no one knew reality. What was behind the production process. However, the following season everyone wanted to follow in their footsteps, because they saw that the   product sold well   . Situation that is   keeps current   until today, because they can still live on their elaborations. However, it is not a question of random or luck. On the contrary, everything points to   tireless and teamwork effort of the family   .

Fun and for all seasons

The creator of   Luciano's playful   states that the   arcane   of taste   lies in the mind   . This is because   people believe that the taste varies   by the various colors in your presentation. But let's give a shocking news:   they are all multifruity   . In addition, it states that the product is consumed throughout all seasons, including in winter. And, although it can be thought of as an attraction for the youngest, the funny thing is that the big ones buy them too. Not only that: they love it! It's just that they're so refreshing that they get you out of the hurry when the heat burdens us.

Red, violet, green and orange, are some of the shades to choose from.   They have no preservatives and are artisanal   , so it's a job that takes many hours. In its packaging you can notice the cold of the ice that attracts attention by the   contexture and size   . This one   last   appearance represents a   extra point   , given that   by order   can be made products up to   eleven meters   . I don't know about you, but   i sing one   .