Jose Abdala came up with the first electric car in South America in the 1980s. Today he considers lithium to be the key. 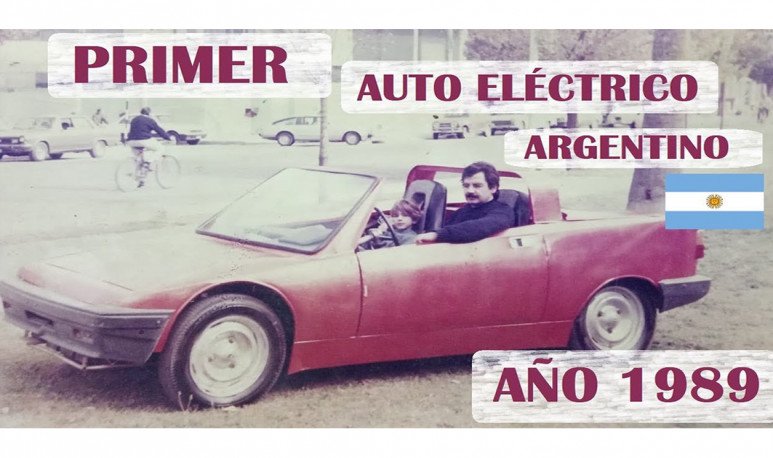 In the early 1980s,  José Carlos Abdala was already manufacturing solar heaters, and in those years he also devised and put on the street the first electric car  in South America. He comes from the department of San Martín and ensures that all electric vehicles that are created in the country, have a big brake: batteries.  He says that the future is not about car manufacturing, but, it's about manufacturing lithium batteries  . It is “white gold”, which is only being exported and then imported into batteries at very high costs.

The thing comes from family. Since childhood, José played with autitos to which he installed an engine, taking advantage of the leftovers of his father's workshop, who manufactured batteries. Today,  he has passed 60 years of age, but it keeps the spirit and energy of when he was young.

Within the environment, in San Martín and Mendoza everyone knows him, and also has national recognition.  His inventions have turned around the continent. Therefore, modesty aside, assures that those entrepreneurs who are currently looking to innovate with electric cars in Argentina, remember it in its principles.   He believes that the future of such innovators is their own past, although it is ready to collaborate with everyone.

Today there are several national solar heating factories, which began to be very required after the tariff jump, but also from the gradual consideration being taken about the care of the environment. But Joseph was already making them in the early 1980s. His approach to the subject happened by chance. That was when  a friend, who sold all metal all over the country, asked him if he could make solar heaters, to which he answered yes, he knew how to do them. They made 10 heaters and sold them all in  St. Louis. It was the beginning. But he took the issue seriously. He sold a heating for a month, and with that he managed to build his house and his workshop. Even a classic coupe of the moment.

Then came the electric car challenge.  Together with some friends, they created the Argentine Technology Company. José was the researcher and the one who worked on the project while the three friends, the Bestani family among them, financially supported the project, which had a 4-year development plan.

With the chassis of a  Renault Gordini,  Abdala manufactured the first electric car and then bought a Fiat Uno 0 km and transformed it. At that point Abdala's work was already on a list of the world's leading electric car developers. He was in fourth place, after General Motors, BMW and Fiat.

However, it was necessary to take one step further and tempt some factory to make the electric car on a chain.  José kept 16 batteries, with autonomy to travel about 90 kilometers. But batteries were an important weight. This data did not close to some of the most important entrepreneurs in the country, and none were willing to modify their manufacturing.

Then he created another 9 electric vehicles, some were combined, others were powered by solar energy. Cars, microphones, minibuses, tricycles. Different options, for the city, for indoor parks, for walking, taking staff.

Batteries were the main problem of everything. Its weight impacted the operation of any brand.  He says lithium batteries solve the problem today. Much lighter, much higher performance. The problem is that they are all foreign and are developed by large international automobile factories.

Tesla and Toyota are currently on the front. And all the efforts of Argentine entrepreneurs who try that path, are far away in the market in design, performance and also in comparison of costs.