On the day of his birthday, an exclusive autobiography of the renowned animator and announcer Santafesino for Serargentino.com. The tape, Silvio. 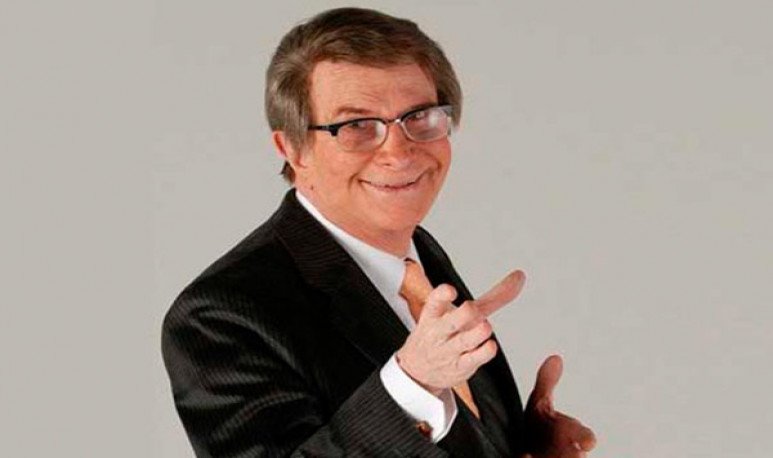 With so many memories and affections in more than sixty years of profession I think I've never made a   racconto   . And less in writing. Maybe, maybe, I'll encourage my memories. To start ordering the papers, I was born in a small town in the province of Santa Fe called Colonia Belgrano. He was the only son of a humble family who was fascinated by the melodies and voices that arrived on the radio. Looking for a better future for me, my parents move to Santa Fe and then to Rosario. There I came in contact with the milongas and dreamed of a future in show business, watching closely the orchestras I admired, Aníbal Troilo and Juan D` Arienzo.

Already in Buenos Aires I wanted to be a lawyer and entered the School of Law, but I always wanted to be an actor, rather than an animator or announcer. In Rosario I also discovered the magic of radio theaters and had an acting vocation. In 1957 a tempting contest was made on Radio El Mundo looking for the radio theater couple of the year. Tempting because Radio El Mundo was one of the most important of the time and its famous cast in “Los Pérez García” or “What a couple! “Obviously I signed up with the experience of small bowling on previous radio theaters. I won as the best youth voice with Gloria Raines, the actress and broadcaster pioneer of Argentine television.

But before I was locked a lot of doors, they came to tell me that it wasn't used to work on television... but I persevered. I failed a lot in my beginnings, but that strengthened. When you really put passion on what you do, always some door opens. And it was precisely television, thanks to the eye of Tsar Alejandro Romay, that allowed me such a validity, affection of the public through, that I can continue to work despite all the circumstances of my life.

They relate me instantly to tango. Hold on the Tango! I have sang some unfortunately for those who listened, I have performed many in festivals and salons, but I think he will be eternally the conductor of “Great Valores del Tango”. I was a presenter for almost twenty years of that very excellent cycle, in which the immensely popular figures that were at that time, did everything, and with a level of galactic quality: musicians, dancers and, especially, singers. I was just the animator and announced figures such as Libertad Lamarque, Tita Merello, Virginia Luque, or Hugo Del Carril and Alberto Castillo. The Citizen Song vibrated from studios to thousands of homes, with unimaginable rating for the poor news of television. But why do you remember me more than those monsters? Because the driver is there every week. Then people reference the program with the animator to the point of having more poster than many of the artists, who were the ones who made the show great and popular. And I thank with my soul this little great injustice.

In addition, I have conducted radio programs, such as “Matinata”, “Soldán esquina Tango” or “La esquina de Soldán” with great success. The radio at that time wasn't today. I feel like I had the best team you can have on Argentine radio at any stage, with wonderful characters like Julián Centeya or César Tiempo.

Many times I dream about those days when I was doing live radio or television. That adrenaline is carried in the blood. I always gave myself a lot and was very respectful of people regardless of the gender or age of the audience. I feel like I went through many generations with my work and I am very proud to be part of the history of many Argentines.

There are several phrases with which I identify daily, those that always remind you when they see you on the street, or shout from a car: “Happy Sunday for all”, “A program made with love”, “La cinta, Gonzalito”. Of all, the one I carry as part of my DNA is “A cut, a quebrada and soon we return”, because it is the most Argentinean of all my phrases.

But I'm also in the Argentines since my songs, which are more than 200 from the author, and that many don't know they're mine in lyrics. Perhaps it is surprising that between tangos, and waltzes, I didn't initiate more than fifteen, and that the vast majority of my compositions belong to boleros, folklore to tropical! I just like romantic more.

Together with Mariano Mores I wrote “Sabor de farewell”, which was one of the last thing this huge artist signed. With Chico Navarro I imagined the lyrics of the bolero “The Age of Querer”, which is a classic in Central America. With Hugo Marcel we made one of the seventies hits, “Hoy i have seen la pasar a María”, and who recently recorded Mexico's number one, Vicente Fernández. A Sandro composed the verses of “When there is so much love,” that I was lucky that it came out on the B side of “Rosa Rosa”, and sold that simple two million copies. I once wrote for Tito Rodríguez, without knowing him, with Ángel “Pocho” Gatti, a great Argentine pianist who lived in Milan, and was one of the events of his career. In a creative duet in the company of Héctor Varela I made tangos and candombes, although our tank was the waltz “Así bailabababan my grandparents” A Horacio Guarany composed a song called “Two valientes”, inspired by the brawls of roosters, and with a double tear in music, this remarkable folklorist transformed her into his battlehorse in Mexican exile.

Maybe there's no record sung by me for not torturing the audience, so they won't find any tape, save me Gonzalito!

I don't want to forget about these messy memories of tango women. There have been few unfortunately and, luckily, several had the pleasure of trying and wanting. Libertad Lamarque, Tita Merello and Virginia Luque were my friends. Then I worked a lot with Maria Graña, to whom I produced her first two albums. Then I collaborated with María José Mentana, who performed as a duet with Guillermo Fernández in his beginnings. My deep admiration for them because they fought bravely because of the brute resistance of men, some that were not exclusive of tango, and spread to other branches of art. Many years ago it was said that women did not sell records until Mina and Milva appeared, and they revolutionized popular music in the mid-sixties. From there I think women sell better than men. Of course when I drove El Special in the seventies I worried about having superlative artists like Rita Pavone or María Marta Serra Lima. To them my respects of bright artists and my best memories of immense friends.