Home People Spectacle BAFICI 22: the “ghost” edition of the best festival of the year complied with the protocols

The most important film show in Argentina presented premiums and very timely reviews, but the pandemic context disadvantaged its usual social structure. 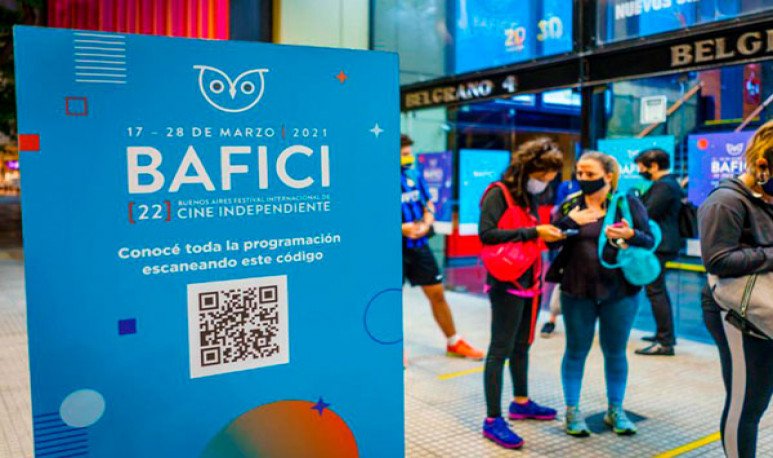 Like all cultural events affected since March 2020 by the arrival of the  pandemic , a film festival is like big concerts. It becomes essential the friction of the participants and the reactions caused by each event, a central aspect that DISPO mutilated with the simplicity of a machine gun with silencer that silences voices with masterful speed.  Film  lovers celebrated - it is a way of saying - the stance of not giving up to the adversity of the festival's organizers  BAFICI , a sample that last year was suspended like most face-to-face events and that this year was carried out in a mixed way, but the conclusion of the Oacute; n of the 22nd realization of it is that the event will pass without pain or glory like other things before the sanitary misfortune of the planet.

With borders totally closed in the world, an event without visitors to support their performances in a context of rooms brutally limited by security capacity, BAFICI in its 22nd edition seemed interesting in most of its scarce face-to-face actions, to a slowed guided tour by the ruins of Chernobyl, where the overperformance of some involved, resulted in certain situations more like a discarded scene by Alan Parker for the historic music film “The Wall”. To play face or cross the luck of a film festival, to an original idea to watch them for free on the digital platform, is to increase the dose of risk and adrenaline of a Russian roulette where the charger has more than one bullet placed in the drum.

The digital platform “Vivamos Cultura” exposed the range of digital limitations and unatine that such a technological system can cause, especially when some enter it only out of curiosity, blocking the access of real stakeholders. Booking a seat or getting  streaming  access for a movie, was as ruthless as threading the delicate thread on an old electric sewing machine, with the appliance plugged in and the needle constantly moving. That is, a monumental disaster clearly where that supposed democratization does not end up helping absolutely anyone. Few could join this digital approach, in the middle of a technological system where all things collapse in a matter of seconds without the slightest reparation from their managers. 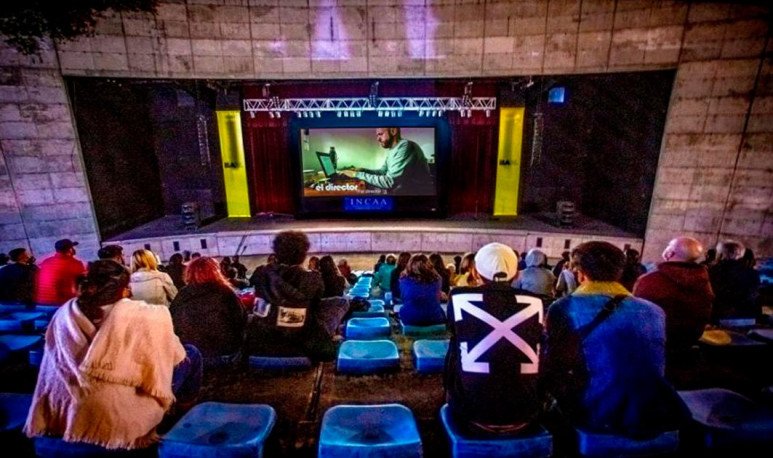 The international competition and its Argentine equivalent each had 36 films, but as the usual film critics feel that do not leave a festival without specifying a very detailed artistic autopsy of them, the level of quality of both sections left really much to be desired, something that the specialists come up with. iacute; an remarking in the editions with face-to-face tone. On the local side, the presentation of the feature film “El Bandido” directed by Cordovan Luciano Juncos starring the iconic performer Osvaldo Laport, reaped the sympathy of those present more to see the actor playing a middle-aged popular music singer who enters in crisis, than by the level of quality of implementation.

The “Baficito”, a regular segment of the festival dedicated to children, brought together the number of attendees authorized by capacity to see in the garden of the Larreta Museum the premiere of the film “The universe of Clarita”, a material by the Neuquino filmmaker Tomás Lipgot about the life of a teenager 13 years old in Rosario, but obviously most children succumbed to the timely tour of Manuel García Ferré's filmography. The deceased

Argentinian illustrator who marked a before and after in animated cinema, with characters such as Anteojito and Antifaz, the Witch Cachavacha or the charismatic Hijitus together with his ineffable puppy “Pichichus”, caused the foreseeable quorum that a situation like this merited under these circumstances.

The activities parallel to the festival with some characters from abroad who accepted for previous commitments to make virtual talks, such as Penelope Spheeris, Zoë Bell and the cheerleader Joanna Quinn, lacked the logical order and usual structure of moderation in the face of digital disintelligences previously announced , situations where the limited platform “Vivamos Cultura” obviously collapsed by the number of stakeholders. The film “No go más” by Argentine filmmaker and screenwriter Rafael Filippelli, was commissioned in this context to close the exhibition, an abulic production so uneven that it did not even have a response in the specialized media.

BAFICI had obviously noticeable winners in the 22nd edition. A 15-minute short film called “My last adventure”, directed by Ezequiel Salinas and Ramiro Sonzini stood out in the eyes of the judges, while the film “The Nose or the Conspiracy of Mavericks” by Russian Andrei Khzhanovsky won the traditional award a” best feature film”. However, within the limited structure to measure the interest of those involved in such a festival, stood out “Jesús Shows You the Way to the Highway” by Spaniard Manuel Llansó, and the animated film “The Old Man Movie” by Estonians Oskar Lehemaa and Mikk Mägi, two very extravagant works with plots on the verge of delirium in very particular comedies.

The national film that caught the most attention was the film by young Argentine filmmaker Rodrigo Caprotti, who presented his debut feature titled “Bahía Blanca”, which is based on Martín Kohan's novel, appeared as an extensive deformed thriller that did not he forgets about black comedy at any time. The outstanding performance of Marplatense actress Elisa Carricajo, one of the great figures of Argentine performance in the off-world stage, was undoubtedly one of the main elements of this performance in which performer Guillermo Fenning also participates. 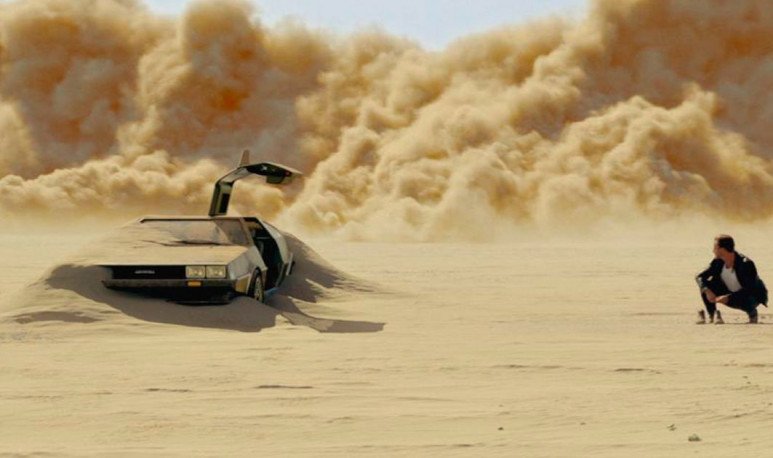 The “Music” section, one of the most traditional and celebrated of the traditional BAFICI festival, was no exception to the pandemic context and beyond not receiving visitors, the selection of materials left much to be desired and confirmed the low level that has this film bat in the last few seasons. Of the fifteen films chosen on this occasion, only one justified their inclusion in this class of thematic selections, with the meaning that a selection thus plays as a central convener in this type of event for lovers of the music world.

The film in question is “The Rise Of The Synths”, a seductive film directed by Ivan Castells that shows as a narrator the legendary filmmaker John Carpenter, author among so many classics of the seventh jewellery art such as “Halloween”, just to cite first water one of his great and most iconic oacute; nicos global jobs. This very bright and touching feature film shows the location of certain artists today who felt influenced by the masters of music made with synthesizers, rhythms and old computers in the glorious '80s. Using an exact replica of the car of the film “Back to the Future”, the film's protagonist travels in time accompanied by the voice of the legendary filmmaker, who composed most of his sound bands without hiring musicians at the time.

In this historic and special evocation, the names of artists such as Jean Michel Jarré, Vangelis and Tangerine Dream appear, among others, obviously standing out the huge figure of Giorgio Moroder, inevitable architects of famous world music stars such as Donna Summer, for example. The tour of this trip shows the influence he has had on the new growers of the genre, such as the case of “80's Stallone”, a British figure of importance in Argentina for his publications in recent decades. The curiosity of the material that could be seen at the San Martín Cultural Center on two occasions is the brief appearance of the French duet “Daft Punk”, a formation that surprisingly dissolved after 27 years of fruitful career worldwide.

The 22nd edition of the prestigious BAFICI festival left on this occasion a lot more shadows than lights, mainly because of issues related to the pandemic, but it is to be hoped that the organizers will look for the 2022 edition a path of strict learning about what happened, probably in April next year the health situation is not yet corrected in the way most are waiting at these hours. This effort to maintain the festival is commendable, but it requires much more professional attitudes than the disandada ones, taking into account that the presentation of this exhibition, was announced in a conference between roosters and medianoches that avoided adding to the specialized media in the subject, simulating an advertisement that does not it was such. Struggling with the current times, the “Phantom Edition” of BAFICI 22 complied as expected with the existing “protocols”, at the same time exposing a fragility of an operational nature, disconcerting and inexplicable for people with such outstanding scrolls from the professional.