We tell you the story of a karateka that breaks it nationally and internationally. This Cordovan meets his goals and lives surpassing day by day. 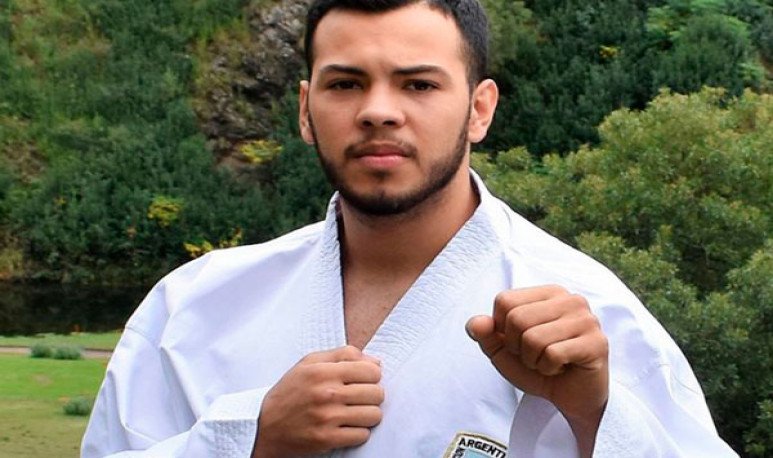 This Cordovan gives us   a very particular story.   This is Juan Minuet,   a young man who at 19 was consecrated panamerican champion   and it became   the best under-21 karateca on the planet   . I was a kid fan of beating and kicking movies.

Juan Cruz Minuet may be an unknown name for most Argentines, however   little by little it is becoming known in the sports environment   . Its history stands out in a discipline that   in our country   is not so valued and widespread, but is increasingly followed at the international level. That is why the triumph of   John becomes a historical icon and a national pride,   because due to its excellent performance it is possible that   more and more triumphs   and even get to   Olympic or world achievements.   It is that the Cordovan, with just 19 years old, became the best U-21 karateca in the world and comes from being a Pan American champion in the same category, so it is positioned as   one of the greatest promises for the future.

This young karateka was born in Rio Ceballos and started fighting at age 11.   Its start was a little later than usual for discipline, since in general adherents   start at 5 or 6   .   Despite that disadvantage   ,   with only three classes won his first tournament   and began to show his talent for different tournaments in the province. It's definitely about   an ancestral skill and potential talent.

Minuet was achieving achievements little by little and was earning a name in the sport:   since 2014 -with only 14 years old -, he went on the podium   of   different continental competences   every year. Until the first South American gold came in 2017 and the recent gold medal at the Pan American Under-21 held in Guayaquil in August 2019   . That continental title   allowed him to score many points in the ranking, so he became   the number one in the Under-21,   by   first time for a male karateque in the province.

“In the ranking of seniors I am   among the top 200 competitors   . My goal is to enter   in the top 100,   because you can travel more and go to major tournaments”   , explains Minuet, which projected a huge goal:   “leave world champion.” I do not look far from that goal: in 2015 I lost a semifinal in the world and was nothing but reached the final.   I was fifth out of 60 competitors.     Get out world champion   It would be the biggest thing for me.   It's my dream”       ,   complete the Cordovan.

The origin of a talent

“From the age of 6 to 10 I played football, and then I started to compete in swimming. But always   I was caught by the martial arts:   saw many   karate and kung fu movies   ,   where there were blows and kicks   . I liked Karate Kid. So I told my mom and she took me to my first karate class in Rio Ceballos. I liked it, I started to compete, to travel and I went to train with   my current teacher, Carlos Marcos Gigena”,         Juan told the media.

An ideal teacher for a perfect student

Gigena, his teacher and mentor, is a benchmark of sport in the province   , as he serves as international arbitrator and president of the Cordovan Union of Karate.   This professional took it   under his care and began to educate him   leading him to compete in various tournaments in the country and the continent.

“From the moment we saw it we knew that   we could achieve quite a lot of achievements with him.   It has very good qualities: it is a fighter that calculates   the right technique.   Juan is a counter-attacker who waits for the moment to attack his rival and make points”,   Gigena highlights about the rioceballense   . “Having achieved this result for us is very important.   He is the first Cordovan to reach this ranking in the 52 years of the Argentine Federation of Karate   . I am very proud and happy because he is also a student of mine”,     is excited   Gigena, who observes a very promising future in his directed.

“At the rate we're going,   is one of the athletes who will give karate the most in the country.   There are a couple of projects in Argentina, but Juan Cruz has achieved a lot. In Cordoba it is the first to achieve these results, and at the national level there are few athletes, perhaps five or six, who are getting any results. In the past two years, the one who   is achieving more results   It's Juan Cruz.   We have an athlete for a while”,     stressed at the time the sensei, which arises   as a target of the 2024 Olympic Games.