In the month of memory, we tell you everything about a book that compiles the history of the works burned in dictatorship. Work of a Cordovan and her son, who fight not to forget... 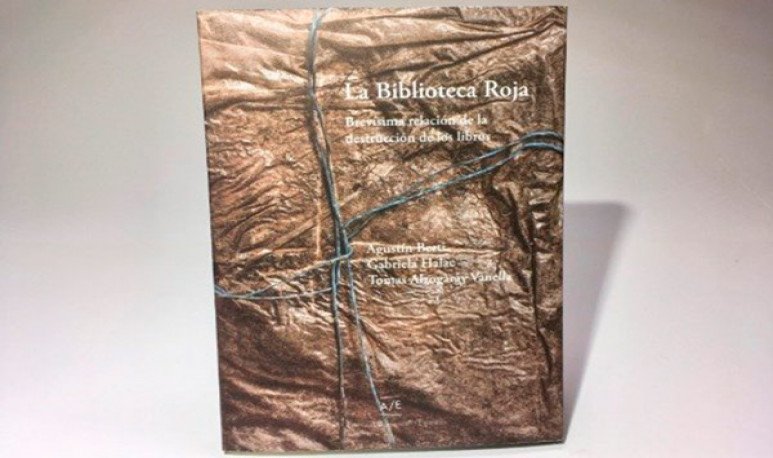 In the times of terror, the stalking of death hurried many Argentines to flee without looking back  ; it was the case of a couple who, before leaving, decided to bury their library. It was in a lime pit in the yard, a plan  thought out of hope.  Without leaving yet, they were moved by the  nostalgia to return.   The hope was to find those books, and to read them again  in their daily life , which they had chosen and  were obliged to abandon.

The burial of the library  took place in a house they were building in the Villa Belgrano neighborhood of the City of Cordoba. The months leading up to the March 1976 coup and  the paramilitary forces  were already in place.   They dug, saved, covered and set off.  They were Dardo Alzogaray, who left in August 1976 and Liliana Vanella with her newborn son, who left in December.

From a program of  repatriation of exiles from the United Nations they managed to return eight years later  , in 1984, with a democracy that was sneaking  soft and shy  for people's lives. In the time they were outside, different friends occupied the house  without knowing anything about the burial of the books.  Once again in Cordoba,  when searching and searching,   it was impossible for them to find their treasure . They did find a bag with books, but they were wasted by the moisture, so they definitely covered the well and gave up the library for losing.

The most precious treasure

But the library, like the pencils of  the students missing  on the night of pencils , continued to write its story.   When Tomás Alzogaray Vanella — a plastic artist, actor, teacher and son of this couple — learned about this treasure, he decided to  undertake an exhaustive search.   I knew that finding it would imply  opening a window to rethink the value of memory and  that her gesture gave warmth to the need for justice.

With the initiative, people were joined: he was accompanied by  the editor, poet and researcher Gabriela Halac.   Thirty years  after that exile , they rebuilt the story of the couple. They interviewed Dardo Alzogaray, also Liliana Vanella and aimed to reach the treasure.

On September 29, 2016 — exactly one year after Dardo's death — Tomás and Gabriela received the call from the Ministry of Culture of the Nation to inform them that they had approved funding for this daring.  By that time ,  the essayist, teacher and researcher Agustín Berti  had already joined as a third part of the team.

The idea was to record everything in a book with  information, texts and photos,  and finally it happened: they called it  The Red Library. A very brief relationship about the destruction of books.  In 2017 this work was published by Ediciones dOCUMENTA /Escénicas.  “ The book is a very open story, very choral, with the idea of opening up to the history of the destruction of books,”  says Halac in dialogue with the media.

What does memory feel

After the investigation, Halac comments:  “We certainly didn't know what we were going to find. Finally the materials found are at  a high level of mutation.  There are some that are directly bundles of land. The question we ask ourselves is how many people buried their books or burned them. We don't know that, but in the private order we're  gathering that information with testimonies . It's not something we can know today,”  says Halac.  All the material found  is in bags  is practically destroyed.   It is very difficult to open those books and read them, you can barely see the covers and some pages. Among the authors are Engels, Mao, Gramsci and Marx - all prohibited.

Register not to forget

The Red Library is a record of everything.   It has quality photos about the excavation and many sheets,  but also meticulous details and literary narratives, as well as paintings, drawings and interviews with  Liliana Vanella and Dardo Alzogaray. There, Dardo tells that  “the books were expressing what the owner thought. For example if you had a book of Marxism, they thought you were a Marxist, if you had a book about Lenin you were  still more cooked ” and it says,  “Bury them, save them, and not burn them. was to think you were going to get them back.”

The Red Library is not just about  digging up a broken treasure , but about the meanings that movement designates . Get out of the earth, give light, make known and spread what whole families had to hide.   And more than 40 years after the coup , how much more we have to dig up...

Provincial Archive of Memory: the Cordobeses do not forget