Matías Sindoni studied mountaineering in Mendoza and went to live in Europe. He is currently in Austria, doing what he likes. 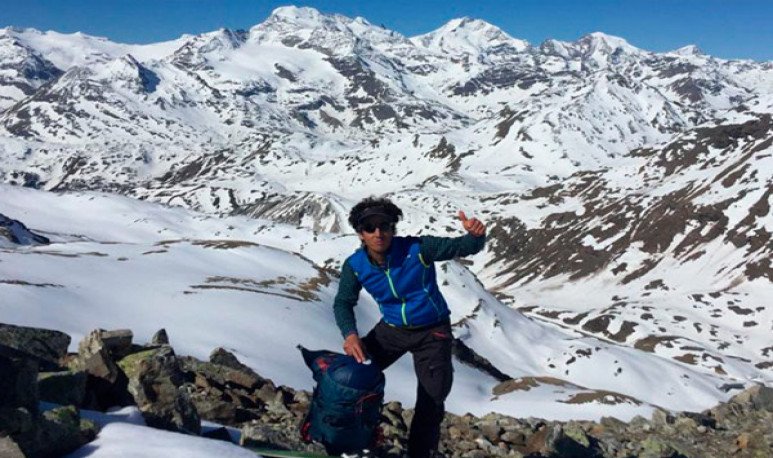 Matías Sindoni is a Mountain Guide   , is 29 years old, and left behind his native province and family, composed of his parents Rubén and Avelina Alonso, and his brother Martín, 25, and   moved to Europe a little more than a year ago to add experience and develop in the lifestyle imposed by mountaineering   , an activity with a lot of history in the Old Continent.

Matias, who   currently resides in the Austrian city of Innsbruck   , capital of the western state of Tyrol, a locality in the Alps that has long been a destination for winter sports, always had a special bond and connection with nature.   Already, between 14 and 15 years old, he chose to travel the mountains as a way of life and forge his professional career in this activity that is his great passion.

Matías completed all his studies in Mendoza, primary school at the National University of Cuyo, high school in a private school. And, as soon as he finished with formal education, at the age of 18 he entered the   School of High Mountain Guides,   always with the decision taken, from a long time ago, to develop in this activity. Of course, the influence he had on his parents on the connection with nature was since its inception, and his connection with the natural space grew a lot. It's just that his parents were very fond of sports and contact with nature.

Your present in Austria

At this time, Matthias is living in the city of Innsbruck (Austria).   To Europe arrived a little more a year ago, at first he was visiting some friends in the area of   Barcelona (Spain) and then went to Italy, where he practically devoted himself to skiing and working. There he found a job that allowed him to practice that sport. Thus he was able to achieve balance in his time and was able to dedicate himself to   skiing, a sport he discovered practically great, since he was 26 years old when he first put on skis. Matias considers it a sport that, unfortunately, due to the conditions in Argentina, is not accessible to everyone   , because it is a discipline, economically, very expensive. When he achieved his economic independence, he was able to devote himself to this sport and then ended up in Italy to continue growing as an athlete.

The Mendoza said that in Europe is looking for growth both personally, such as learning other languages, being able to relate to different people from other places, and also from the professional.   On this continent there is a development of mountaineering with a lot of history. It is about 200 years or older, so they have another mountain infrastructure, with another access and lifestyle to what is the world of the   mountain. But, in South America, there is another conception, other points of view. In Austria, a large percentage of its ski population since he is two years old overall, allowing it to have a very high standard for skiing athletes.

Matthias is determined to   be a while longer in Europe, because, consider, one can develop as an athlete in another way. At the moment, it is in low season, but winter is coming   . He does not have a formal job as a mountain guide, because the requirements to be able to work there are others, which he would like to do and develop. At the moment he is far from that and his goal for what is coming is to continue growing as an athlete.