Home Gastronomy You won't believe how rich paws cheese is

It's not a joke. It is a santafesina recipe based on cow's legs. We teach you how to prepare it. 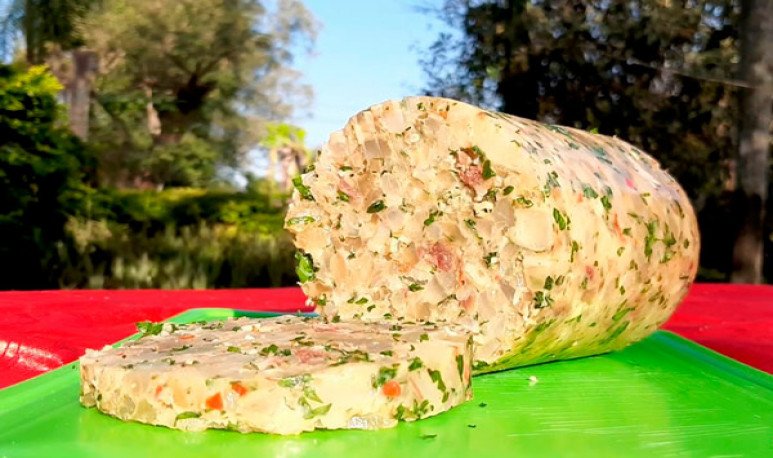 The province of Santa Fe is historically one of the main livestock producers in Argentina. With that imprint, we Santafesinos eat beef in multiple forms. Much beyond the  roast , we have the most varied cattle prepared. One of them is that of this recipe: paws cheese.

The beginning of beef production in Argentina began several centuries ago. It was  Juan de Garay himself,  founder of the cities of Santa Fe and Buenos Aires, who  brought the first 500 heads of cattle  that dispersed throughout the extensive Pampa Argentina.

The virgins and fertile lands sought green, tender and abundant pastures. These first imported cows multiplied and distributed in the vastness of the pampas. Also at that time, the first horses and sheep arrived to occupy these lands, most of them in the wild.

Only in the middle of the eighteenth century, the legalization of the land with the animals that occupied it was realized, emerging the “livestock farm”.

The export of meat, from the early 1600s,  took place in salted form or as livestock, until the beginning of 1900. The introduction of the new cold storage industry (whether on land or in maritime transport) and the use of the newly invented cable for wire wire, enabled a major expansion in meat exports especially to England.

To  satisfy the palate of European consumers , it was later started with the introduction of British breeds such as Shorthorn, Aberdeen Angus and Hereford.

These fine breeds achieved a great adaptation in the Argentine territory due to their climate and the rich natural pastures. This factor added to a new production system and the emerging and revolutionary  refrigeration industry, gave rise to a worldwide trademark: Argentine meat. 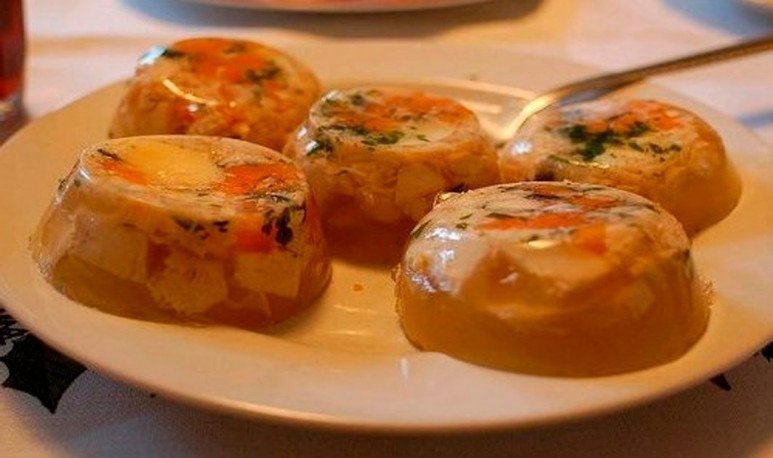 Since those first meatings of centuries ago, those in charge of the slaughter realized something: the cow  takes advantage of absolutely everything.

It is very little that you can't eat from a cow. But it is used for other purposes (leather, hooves, etc.).

In this recipe, we honor that generosity of the cow as a source of food for the Argentine being.

In the interior of Santa Fe, this preparation still persists . The paw cheese. Do not miss this step by step.

• Bring them to a boil with salt, as long as necessary, as the

Bone should be free of tendons, nerves, cartilage and remnants of meat.

• Let warm and cut the meat into pieces and pieces of different sizes.

• Dump this preparation into a bowl or deep roast,  adding the different eggs, which can be chicken, siriri (ducks), martinetas, etc ., in addition to peas.

• Allow to cool well.  This cheese does not need to be pressed.

Can be accompanied with mashed potatoes, rice, or eat it in  sandwiches