Home Gastronomy Why does Pauline cook?

Paulina Cocina's channel is one of the most popular YouTube channel. What makes it so special? 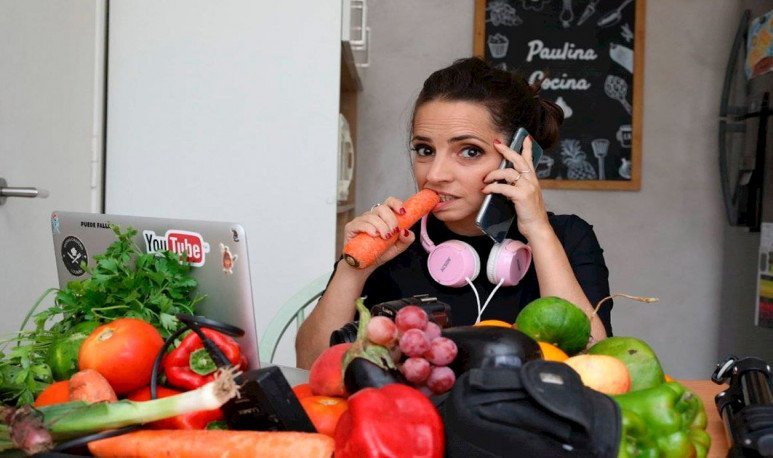 Today she's one of the best known  cooking youtubers  in the country, even my mom follows her. Easy recipes, explained in a simple way and with the proximity of a neighbor anyone who tells you how a dish is made. Her sense of humor and her occurrences make her uncontracted videos have thousands of views.  But who is actually “Paulina” and why does he  cook ?

Paulina Cocina is not called Paulina. She's not a cook either. Her real name — which was unveiled not so long ago — is  Carolina Puga  and her profession has nothing to do with pots and pans: she is a  sociologist  . The choice of his stage name arose half in joke, half seriously. Paulina G. Roca (her full stage name) is the result of reordering the syllables of Carolina Puga.  An anagram.  He adopted him long before he even dreamed that his YouTube channel would have the impact it has today, with the corresponding replica on other social networks.

It all started with a blog

Paulina (we're going to call her that, because that's how we identified her) says it all started because she wanted to record videos. The year 2008 was running and social networks did not have the significance they have these days. Enthusiastic about the idea of filming  tutorials  “something”, she decided on cooking, because it is an activity she likes to do forever. That was how, while on a doctorate in Barcelona, he began to record the videos. At that time,  he uploaded them to YouTube and then posted them on his blog . But the work it took him to do them made him put them aside for a while.

She then returned to Buenos Aires and, pregnant with her first child (today she has two), decided to resume that project that so excited her, now something more mediated by the networks. But he realized that he had to make an economic return or he could not move on with the task.  She began to link with brands  and to focus on Paulina Cocina not only as a  hobby , but as a livelihood. In a year (from 2016 to 2017), he went from having 4000 subscribers on his YouTube channel to 100,000.

Later,  influencers appeared. But then, she was already there. Marketing began to go through those people who had accounts with many followers, and Paulina was already armed with his own.  Hearings and brands hailed her . Today she has more than 2 million subscribers on  YouTube  and 1.8 million on Instagram.

Recipes easy to prepare, with ingredients that you have at home, MEAL PREPS so that you do not cook all week, me with your hair standing, I with ironing hair, easy and quick desserts, healthy recipes, chorizo lovers, cooking tricks... in this channel there is everything.

It's been 12 years since she started her modest blog and today Paulina Cocina is a whole  company . He teaches courses, writes books and has an online store  where you can get from t-shirts to milanese pendants. Behind the project there is also a team that helps her produce her videos and posts. But there is something that is 100% of its own and that makes it unique: their  personality , their charisma and that quality that some people have to show themselves as they are.