Home Gastronomy What is curanto?

A few kilometers from Bariloche, trying curanto is an unparalleled dining experience. 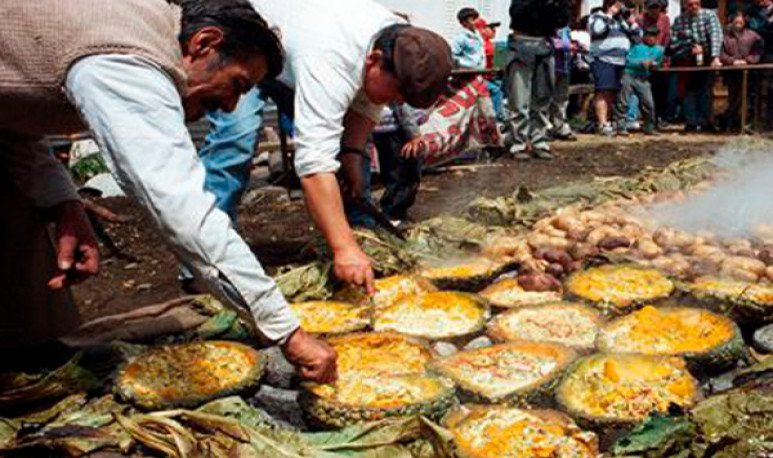 In all its vastness, Patagonia was populated, in principle, by indigenous tribes, but then became the place chosen by people from different countries who settled and brought with them their beliefs and traditions, and also intermingled with that of the native inhabitants.

Just as, for example, a  Welsh colony was set up in Chubut that  arrived on the shores of Puerto Madryn in 1865, at the end of the nineteenth century a group of pioneers from French Switzerland arrived in Rio Negro who, after passing through Chile — a fact that is not less —, they settled  near  Bariloche ,  in what is known as  Colonia Suiza  .

The first to reside in the rionegrina mountain range were the Goye brothers. Then they were followed by the Crettons, the Mermoud and the Neu. They were engaged in agricultural activity and trade in their products and, over the years, they built their houses, the chapel and the first school, while transporting merchandise to Chile on ships made by themselves.

While linking the Swiss Cologne — and Bariloche — to  chocolate , one of its typical dishes, it has nothing to do with that.It was mentioned that the passage of Swiss pioneers through Chile was not a minor fact: they knew in the TransAndean country the culinary technique of curanto, which  consists of cooking food in a well . It is a typical food of the indigenous Araucans, whose translation can be traced back to the term “curantu” ( cura means “stone”, and antu means “sun”, which would result in a literal translation of “stones in the sun”.or “stones of the sun”).

It was the Swiss settlers who introduced curanto in the Bariloche region and gave it its touch so that in their Cologne, until today, it remains a tempting appeal for those who arrive there. Traditionally every Sunday hundreds of diners interested in curanto approach.

The well is about 15 centimeters deep  (and the surface depends on the number of diners).  On it are placed bocce stones that are heated red-hot at a stake. There you have to put a mattress of nalca leaves — a species that grows in the region — and on them are the ingredients of the menu.

In the Swiss Cologne, for tourists, beef, lamb, pork and chicken meat is prepared; sausages; potatoes, sweet potatoes, onions, carrots and hollowed squash stuffed with cheese, cream and peas. They say those who know that the basics are five kinds of meat and five other vegetables.Ingredients are also covered with nalca leaves; on them wet canvases are placed so that heat is not lost and everything is covered with abundant soil so that it becomes in this way a pressure furnace.When the food is ready, smoke threads begin to come out of the earth and, after discovering the ingredients, they are ready to consume.

Confectioneries and tea houses — with a different imprint than those found in  Gaiman  and other Chubutense villages — that have a privileged view of Cerro López offer an immense variety of delights sweets to taste after the curanto. Strudel, cakes made fine fruits — growing in quantity on the place —, natural raspberries and — obviously — chocolates, are some of the delicacies to try on a visit to the Swiss Cologne.

So you are already warned: to eat a different dish, in Cologne Switzerland there is a tempting alternative that, in addition, is a great experience from the beginning, seeing how a curanto is prepared and cooked and observing the columns of smoke and steam that come out of the earth until the moment of uncovering the curanto.