Masala Chai is a typical South Indian drink, based on water, milk, sugar and spices. 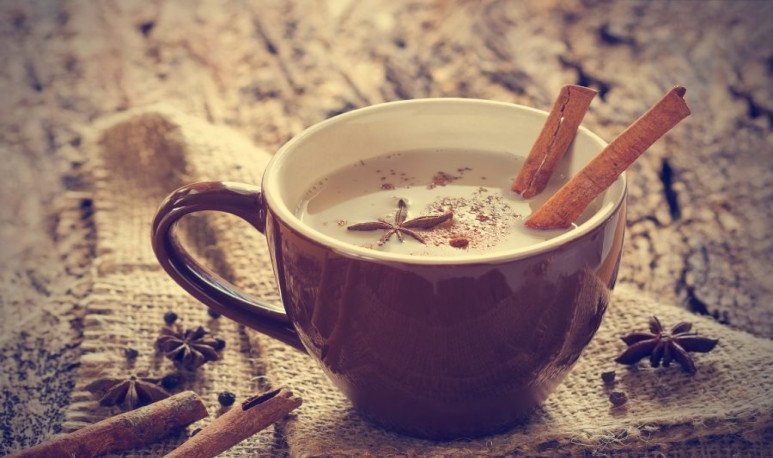 Winter is approaching in  Argentina  and with cold ones, we all started to think about calories! Creams,  chocolates , spices and (why not?) Spicy!

In the field of  infusions , it lends itself to teas with character: puerh (well rusty and post-fermented, aged and intense taste) and black teas from  China or India , so delicious and intense. Within this idea, I proposed to talk to you about “the Chai “, that very special ancestral Indian drink so sweet and spicy, absolutely charming for those who wish to explore new flavors.

Masala Chai  is a typical  drink  from South India, based on water, milk, sugar and spices; prepared on the streets of the country expert people (called Wallahs), cooking by decoction everything is prepared. It carries just a little black te and is served in small bowls of raw clay... single use! It is common to see the piles of broken bowls at the side of these street stalls!

Masala Chai  was originally prepared only with milk and water, widely used in Ayurveda medicine to cure minor ills, and the incorporation of black tea is relatively recent, as tea plantations in India began only from 1830 (and it was almost an accident).

The composition of masala (spice mixture) varies from zone to zone and family as a  family , but it is common in almost all the presence of ginger, star anise, cinnamon and cardamom... mmmm& hellip; a delight!

I know that many commercial firms sell it in bags and many places sell it in bulk. The mixture of spices and you, so you can prepare it in your house...

I hope you venture out and you can enjoy it like me and everyone who likes to travel... even with imagination!

A new and spicy flavor

For Argentines who are quite classic in terms of infusions, masala chai can become a very complex taste. It is a super aromatic, spicy drink that is felt not only on the palate, but also on the body. Its ingredients have comforting effects, but you have to adapt. Since masala does not have a single recipe, it is rather the combination of typical Indian spices, but it allows you to create its own. It may be convenient to start with some basic ones and add new ones until familiar flavors turn out. You can also buy these ready-made mixtures taking into account that they are usually labeled with varying degrees of intensity.

In addition to being rich, masala chai has health benefits

Cinnamon on stick : with a characteristic aroma and widely used in pastries. It has antiseptic, antiviral properties and relieves digestive discomfort. Known as a powerful natural aphrodisiac.

Clove : an excellent natural analgesic that reduces pains, anti-inflammatory, promotes cardiovascular health and strengthens the respiratory system thanks to its high content of vitamins, potassium, magnesium (among many others) and its antioxidant power.

Cardamom - a chai without cardamom is like a sponge cake without sugar, makes it characteristic. One of the stars of Indian cuisine, and is very effective in cutting diarrheas, gases and colic. It also counteracts respiratory problems, being expectorant and antiseptic. He's also aphrodisiac.

Fresh ginger - a root of Chinese origin, which is increasingly fashionable in Occiente. It has multiple benefits, such as an unparalleled antioxidant, has anti-inflammatory, digestive, expectorant and aphrodisiac properties, which are most interesting.

Until the next  cup .

Tips for compulsive buyers of te!