In Rosario there is a historic Syrian-Lebanese community. Here they teach you how to cook the delicious kebbes. 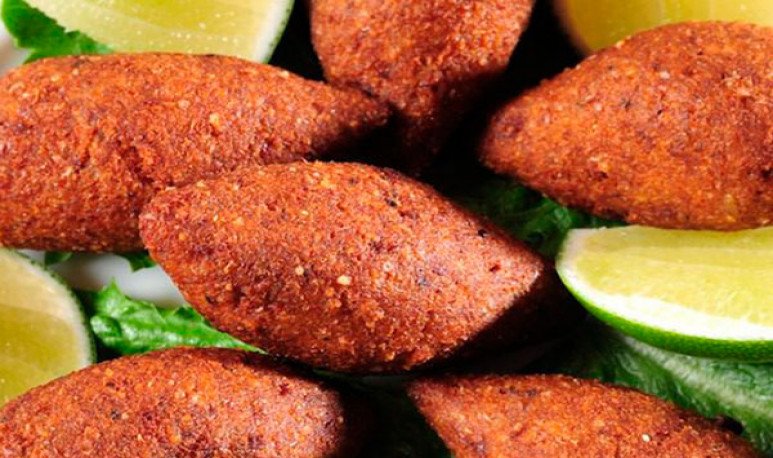 Investigating the delicious kebbes, I found that there is a curious fact about immigration of  Syrian and Lebanese origin  in Argentina. When people talk about the descendants of Syrians and Lebanese in this country, they are often associated with the north-west.  The provinces of Salta, Jujuy, Tucumán, Santiago del Estero and La Rioja are often cited when talking about the Arab community.  Indeed, there were many immigrants from the Levante who settled there. However, those who study these issues say that, numerically, there were no more people of this origin in those provinces than in Santa Fe. Moreover, of the many who settled in the great Rosary at the beginning of the 20th century, were characterized by an atypical coexistence with the Jewish communities.

Thus,  San Luis de Rosario street is characteristic for its commercial profile, composed of shops almost exclusively belonging to descendants of Syrians, Lebanese and people of Jewish religion . In this neighborhood there was a typical dish of the Arab world, which can still be seen frequently today on the rosarine tables. It's the kebbes. Kepes are pronounced, because “b” is not expressed in traditional language. Those who make this recipe enjoy a work accompanied by passion and love for the Syrian-Lebanese tradition. In this way, they honor  their elders , for whom preparing the kebbes meant a feast shared with all relatives. These descendants of the Arab world cook and, at the same time, maintain their traditions. From the moment the kitchen apron is sought and fastened on his head a turban carefully wrapping the hair, as did his ancestors. All this shows the  value that the Syrian-Lebanese conveyed in each recipe . We honor them with this, the one of the delicious kebbes.

Put the wheat to soak for at least two hours.

Steak the meat in a mortar.

Drain the wheat and add it to the meat.

Process onions, bell and mint . Reserve the third part to add it to the peya grease.

Add the processed ingredients into the meat and wheat mixture. Season with salt and pepper to taste. Knead the preparation until it does not peel off from the walls of the mortar.

Make buns,   working them from hand to hand, and then hollow them out  . Fill with a little peya fat (to which the processed ingredients had been added), close and give them the shape of a burger, although they should not look like these.

Place the kebbes  neatly  on the greased grill. Pour embers, preparing the fire in the same way as for a grilled roast. When the kebbes take off from the grill, turn them over, to continue cooking.

Brushstroke with melted butter and serve.

The same mass of the cooked kebbe is used. But you need to place the preparation on a plate, mark it with knife and sprinkle it with olive oil. Then add finite cut verdeo onion.

In all cases,  serve with fresh bread .