A traditional rice pudding recipe and a Santa Fe mother who knows how to keep her daughters close. 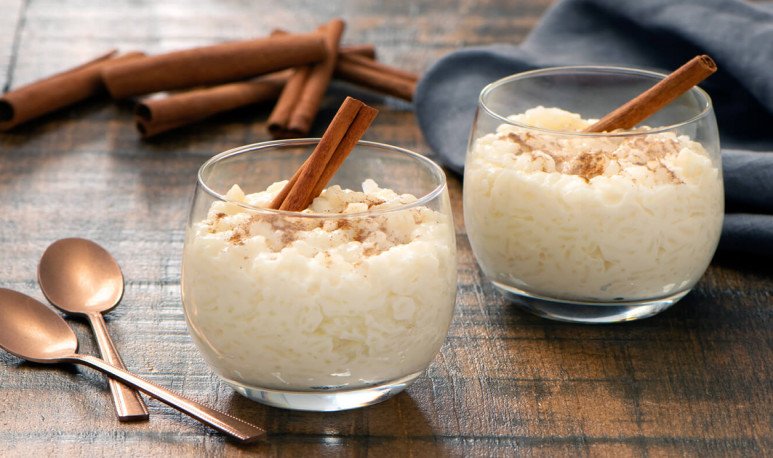 I think all Argentines in our childhood have sung the song of rice con leche to us. It seems that the original lyrics end the rhyme “with a lady from Portugal”. Evidently  this melody came to us already invented by our Iberian ancestors . Here we gave the regional touch, alluding to San Nicolás, Buenos Aires town very close to the province of Santa Fe.

The history of this rice pudding recipe comes to us from around nearby, already in my province.  Sixty kilometers west of Rosario, through the national route number 9 you will reach the Santafesina town of Correa . With about six thousand inhabitants, this village was always held by rural work.

The native of this town are hosts of the provincial pizza festival, something we will tell you about in our traditions section.

Producers of everything that is dairy, like much of the interior of Santafesino, in Correa  retain eating habits  such as preparing rice pudding.

Alicia's, who sent us this recipe from Correa is one of those beautiful testimonies of family spirit and sustenance of a tradition.  When she misses her daughters  who, long ago, left the nest, she knows how to seduce them  into sticking a little bit.

“If you spend a while this afternoon, a rich rice con leche is waiting for you,” says Alicia's whatsapp message. And the effect is almost immediate. Even young people continue to enjoy these traditional recipes from the Argentine interior.

We leave you the step by step of Alicia, to make rice pudding like they do in Correa, Santa Fe. In addition, it provides a historical context and  tells us its persuasive strategy .

“In the south of Santa Fe, before the soy raid, we were great suppliers of milk,” recalls Alicia. Drums were a source of income in the region and if they were not exploited on a large scale, a couple of vaquitas were available in any small farm to meet the needs of each family. “I remember the rice pudding that was cooked over low heat in the kitchen in wood, in my childhood, and later the pleasure of doing it for my little children.” In Alicia's,  a generous liter of milk was prepared  , a full cup of good grain rice, added 2 or 3 tablespoons of sugar and the (well washed) peel of half a lemon.

Simmer for 20 minutes,  stirring with wooden spoon from time to time to avoid sticking. Then he put out the fire and left covered until it was warm.

He served it like that and added dulce de leche to it. Not only was it a very nutritious dessert, but it  could also be eaten in the middle of any Sunday afternoon or when returning from school as a  snack.

“Today, having left the nest my daughters, I can send a message saying: If they come this afternoon, a rich rice pudding awaits them  , and I am sure,” laughs this lady from Correa.

I wish all the Alicias in Argentina could be visited by their children, even for a while, in the middle of the evening procedures. If there is rice pudding as an excuse, it would make it easier.