Soparnik, a rare word. Perhaps rarer is how a Croatian dish came to Santa Fe. 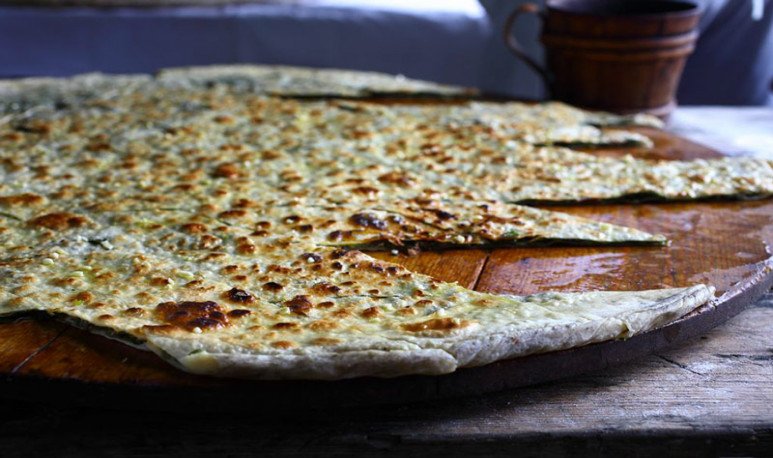 Soparnik is a salty cake stuffed with chard. It is a traditional Dalmatian dish. Dalmatia is a region that lies on the  coast  of the Adriatic Sea and belongs to Croatia. So far all right. But  what does this have to do with the Santaffesian dishes section?

It turns out that, in the south of the province, near Rosario, there are two villages that are full of people of Croatian descent . Chovet and Villa Mugueta were populated by immigrants of that origin fleeing World War II and European famine . Between 1924 and 1927, the most important Croatian settlements in our country were created - up to 7 thousand per year. In Argentina there are about 400,000 descendants of Croats and about 46,000 are in the province of Santa Fe, which is the second behind Buenos Aires.

Returning to soparnik , it is a very simple recipe, from the cuisine of the poor, based on common ingredients of the region . It has chard, onion and parsley between two layers of a very basic flour dough. There are numerous local variations, they can bring garlic or also be sweet based on nuts, dried fruits, sugar and caramel and honey.

Typically it was done in ovens and  grills  type “peka”. Today it can be found even in some European bakeries. In fact, the Croatian Ministry of Culture has declared it an intangible cultural heritage of the country, including the “Soparnik” festival held every July in Dugi Rat, near Split.

The soparnik  was a multifunctional meal , served as a main dish of Croatian. It was prepared  both in winter and summer, as long as there was chard in the orchards.

This recipe persists in Croatian grandmothers from the south of Santa Fe.  They sent it to us from the hands of grandmothers  who live or lived in the Alcorta-Carreras area, and in the rural area of Rufino. These Santafesina localities are very close to those mentioned above. Croatian blood  still runs all over that region .

They say that, in such houses, they prepare it like this:  between two thin masses, not puff pastry, a mattress of raw chard leaves is placed . Grandmothers cleaned them one by one with a repaser (almost dry). They'd cut them, add green onions to it. It has to be rehogada, with the addition of raisins, salt and pepper. Some of them added nuts to it. As the raw chard has to look good  fat  stuffing, because when cooking it is greatly reduced (like five times). Puncture the dough with a fork and cook in the oven.

When golden brown, take out of the oven,  brush first with oil and then with honey . Some like it with enough honey. About three tablespoons for an oven roast.  We have to find the point, according to the taste of each one .

Today, from the Santafesino Ser Argentino corner, we wanted to make you feel a little croatian.