Two American courts have become fashionable in Mendoza, which even have an English name. We tell you where they come from and how to prepare them. 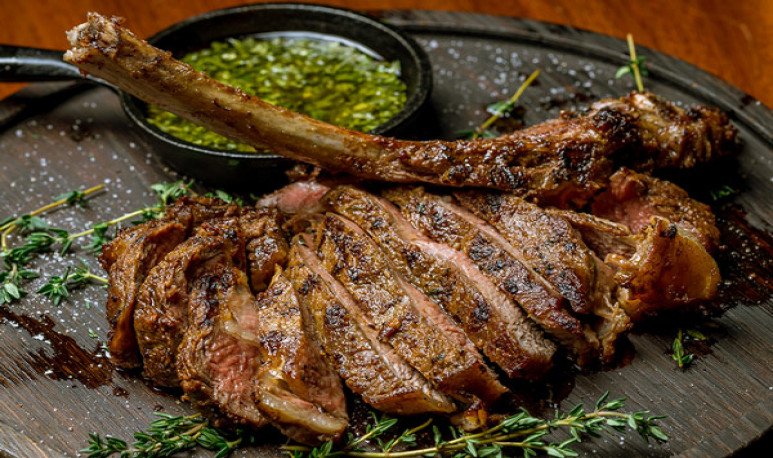 The roast and its  cuts  have different names according to the regions and provinces of our country, and what does not change is the passion for squeaking meat into the coals. In addition to referring to some courts with our own names, we have adopted, almost as Argentineans, some cuts with an English name and whose cut is typically American.

Tomahawk Steak is a thick steak, with rib and an impressive presentation, which has gradually gained its status within beef. The large infiltration of intramuscular (marmolated) and intermuscular fat along with the rib bone gives it a great taste and exceptional juiciness.   The weight of each piece is around 1.7 kg,  making it an ideal cut to share  by two or more people. It is located in the ribs of the res. The French style  bone  cut enhances the flavor giving it an elegant and spectacular presentation . Its  name comes from the ancient axes used in North America  by Sioux warriors and is  a cut especially suitable for meat fanatics  .

The  desposte is completely different from the one that is traditionally done. Instead of cutting from the back quarter to the front, it is done from the steak to the skirt. It may be a little difficult to understand with this language, but the concrete thing is that not any butcher can do it . But there is a problem in creating this cut, and is that it generates waste: what does the butcher shop do after the remains of intercostal roast that were left outside the tomahawk? That is why, for now, it is only seen in specialty butchers and restaurants that order them promptly.

But this is not the only steak that comes to perch on our grill iron.  The   T-bone  , emblem of the American steakhouses also gained prominence in recent months.   It is the most installed on the mendocinas grills. Its similarity to the typical costleta makes it a little more demanded, since, the Mendoza, conservative like himself, is hardly encouraged to experiment with a cut he knows little. It is customary to be one of the thickest cuts that can be served, so it tends to come out juicy.   Although, Mendoza used to eat the driest roast, that is why, many times, it is too roasted outside. But that's fine for us. 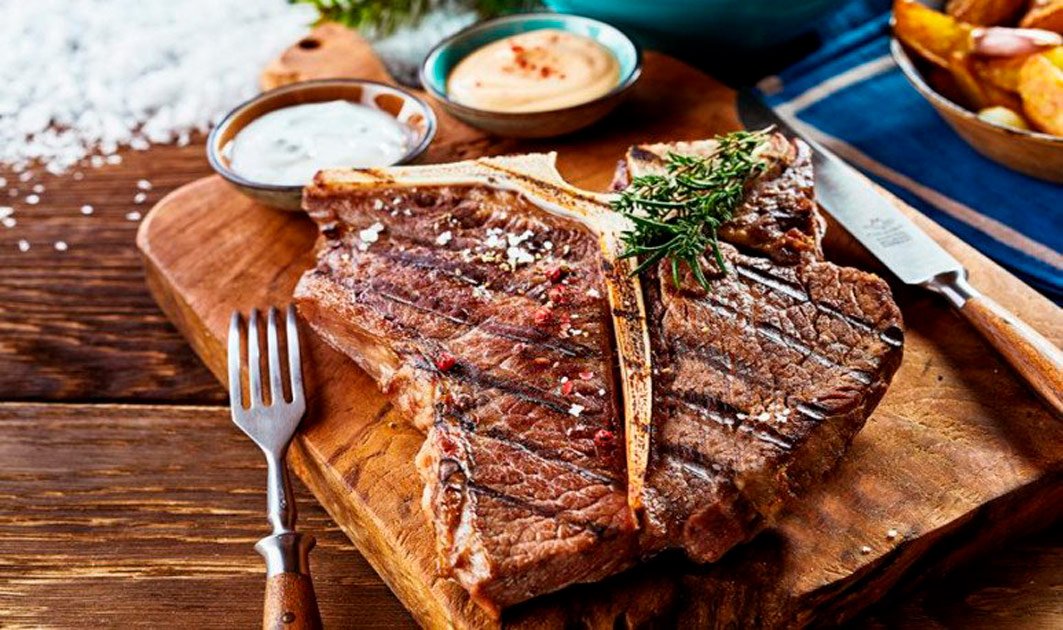 The combo is enlarged with another  classic of Texas grills: the Porterhouse Steak. It could be the T-bone, but from the first and second   rib  ,  where the loin is almost the same size as the chorizo steak. This results in a crude cutlet between 800 and 900 grams. According to the USDA (United States Department of Agriculture), to be called Porterhouse, the portion of the spine must be, at least, 1.25 inches (about 3.2 centimeters). If you measure less, it's already considered T-bone.

A serrano fruit and healer