This is the name of the project of the renowned Cordobese chefs Fede Massa and Fanco Baravalle, who seek to innovate and reach anywhere where a culinary intervention is necessary. 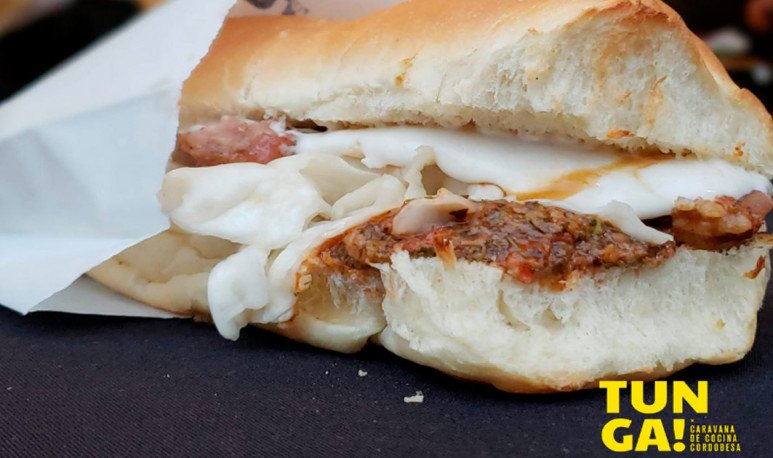 With their vast career, Fede Massacesi and Franco Baravalle decided to  once again embark on the path of their heart.  A bet that leads them to triumph. This is a  gourmet, canchera and innovative proposal  named after  TUNGA!  alluding  to the rhythm that runs through our veins  to the Cordobeses: the quartet. So Fede and Franco,  on their foodtruck,  are looking to find  the rhythm of Cordovan food.  They seek to transform  the TUNGA TUNGA  into delicious and unmistakable dishes with the brand of its authorship. In the words of professionals:

We are a caravan of Cordoba cuisine, we take our taste and fun everywhere, we move from here to there, we move to the Cordovan rhythm, to the rhythm of tunga tunga.

The story of two cooks

Fede Massa, who served as a  teacher in Gastronomy  for several years, is mainly dedicated to bakery, delicatessen and event organization. After graduating as a gastronomic professional in 2004 from the Argentine Institute of Gastronomy in Buenos Aires, he continued in constant training.  From Cordoba he flew to different places,  to learn more and more, not only about cooking, but also about culture.  In addition, as we all know, traveling opens the doors of imagination and heart. Fede formed around gastronomy, in various areas  throughout the country  , but he also encouraged himself to cross the puddle. After having worked and studied in different pastry shops, hotels and restaurants in Europe, he decided to return.  But before, he toured Spain, Italy and Switzerland working in places such as El Bulli Hotel, La maison du Prussien, PacoTorreblanca and many more.  Fede is the star of Cordovan cuisine. That's why when he  came back from his world tour, he decided to bet on something of his.

On the other hand,  Franco Baravalle is a central character in the Cordovan gastronomic circle  , and he never hesitated to support his colleague and friend Fede's proposal.Franco studied in Cordoba and trained in the restaurant of the Holiday Inn hotel. Then he became a chef of the renowned  Jacinto Bistro  restaurant and the Parador  Bosque Douglas.  Highlights for their  originality and the development of regional recipes and dishes.  With the  precise and perfect touch of Cordovan , following the rhythm of nature. Using seasonal fruits and native herbariums, their knowledge is a source of inspiration. Franco's experience is strongly marked by  local, regional and kitchen work in harmony with nature.  So this food professional knows all the routes of Cordovan cuisine.  He knows better than anyone else  the secrets of the mountain flavors , the  mysteries of native aromatic, the  delights of native forests and the desires of its Córdoba diners.

Franco and Fede form  the ideal pair to fall in love with every Cordovan  who dares to try what  TUNGA! has to give .

They never doubted it: the passion of the two is gastronomy.  When they are in the kitchen, they feel  alchemists, magicians, sorcerers of delights.  With their tips and secrets they develop the best recipes,  unexpected potions that fall in love with  those who try them. That is why the development of the entrepreneurship “TUNGA! Caravan of Cordovan cuisine” was a fledgling success. A renowned brand that was destined to win. And so it was: he won several titles and stood out among the regional proposals. In the  2015 and 2018 editions of the Chori World Cup,  they won the awards for the  best gourmet chori.

In the words of the team:

The mobile cooking format allows different types of events, as well as adapting courses, workshops and gastronomy trainings in different areas. With TUNGA!, the Cordovan cuisine is moved in a truck with plenty of vibes and a strong gastronomic proposal. Maintaining the identity of regional cuisine, it brings fun and decontracturado style to the event.

And you... Do you dare to savor the rhythm of tunga tunga?

The road of the loin in Mendoza

In Mendoza, olives are eaten sajada