Home Gastronomy Traditional and huge meals of our country, not suitable for impressionable 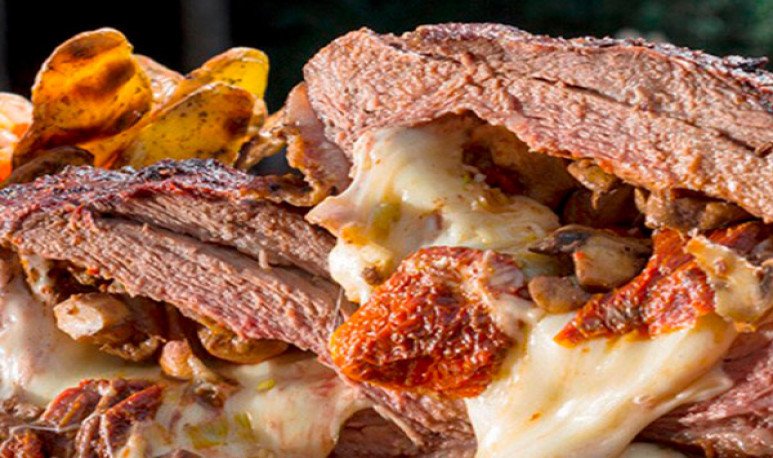 The  Argentinian countryside  is very  varied  when it comes to talking about traditions. Different  customs  and different ways can coexist within the same province and a few kilometers away. The dishes and the ways of cooking them are a true reflection of this  cultural heterogeneity , but above all, they demonstrate the  authenticity of the premises when it comes to using the food they have at hand.

Rhea or choique pampeano, up to eggs

The  choiques boleadores de la Pampa   roast, cook, make stew or cold, with almost all parts of the  largest poultry on the continent  . The alon, the picana (meat of the rump) and the ventricle or stomach of these  cousins of the ostriches are the preferred prey. The stomach, for example, is stripped of its inner coriaceous membrane (which is called peasants shell) and is boiled or roasted. This may be an  impressive custom , but in the pampeano countryside it is understood as a  luxurious delicacy .

The  eggs of the  rhea  are huge  and equal to almost half a dozen chicken eggs. In places where they breed shocks it is very common to see these huge eggs at  breakfasts . The most original preparations are  roasted egg and    fried with fat and onion.   To roast the egg even, the technique requires  a hole per limb and a stick or iron that passes through it  . The egg approaches the fire, turns slowly and after a few minutes, the nutritious viand is made.

Head of a quatted cow

In Paraguay and in all the provinces of  northeastern Argentina  it is a custom to eat the  head of the cow buried with assorted  coals and condiments. Preparation requires a lot of patience, as it  takes between ten and twelve hours.

The first step is to  unhind the head  of the cow; then it is necessary  to marinate it  with chopped garlic, oregano, salt (to taste) and ground chili; after marinade the  head is wrapped in a wet cloth  (preferably  burlap  canvas wet in water) and so it is enter into a  hole practiced in the soil  or sand soil. In this there are  lit coals and on them a few cans , where the head will rest; on the head go other cans and on top more embers. After all this,  the hole is covered with mud and ash  letting the head cook.

While when it comes to watting, the head of cow is the most traditional,  the animal is free to choose the cook.

Ñachi, or the most controversial gelatin in Patagonia

The Patagonian region, and above all the Araucana, keeps many of the  ancestral customs of the Mapuche nation intact.   The provinces of  Neuquén , Río Negro, Chubut and northern Santa Cruz retain, in some of their vast fields,  food that Mapuches and Tehuelches eat  on special occasions.

The  ñachi  or  ñache  is a  festive meal  of this native town and is more consumed in Chile, but in the aforementioned provinces it is also prepared. The  jelly dish consists of fresh animal blood and various dressings  such as onion, garlic, finely chopped coriander, merquen and lemon.

Preparation begins  when a lamb or a  little boy is killed for a roast or other similar occasion. The  blood  of the freshly killed animal is  collected in a container that already contains coriander, merquen or some other spicy dressing  and salt. Then the mejunje is stirred and  lemon juice is added to it.   When  the blood coagulates  , it is diced and served in bread as an entrance.

If curiosity is stronger than impression, we recommend you to see our  second note on the huge dishes  of the Argentine tradition.