Home Gastronomy Three options for santiagueñas to accompany with the mate

We teach you how to prepare these traditional Santiago del Estero recipes ideal for a different snack. 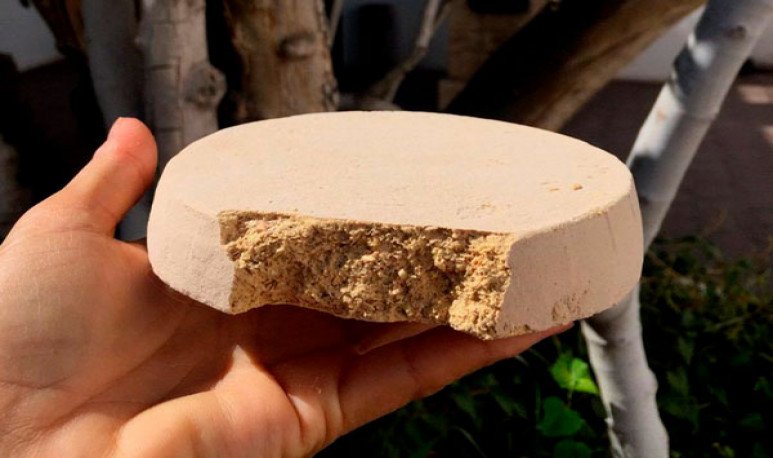 One of the great pleasures of  Argentines  is to enjoy some good mattes.This is why, on this occasion, we bring you some of the typical recipes of the province of  Santiago del Estero . With few ingredients and easy preparation, you can accompany your  snack  with these aliemntos that mix  stories, customs and flavors.

The first recipe on our list is the exquisite santiagueño patay, which could resemble a kind of cake, but which is cooked with  carob flour . It is an excellent proposal  suitable for vegans  and very healthy.It was consumed by the aborigines of the area and today continues to be a typical dish for those who wish to visit this province of northern Argentina.

It is considered one of the  sacred foods of the Huarpes  because of the benefits it produces in the body both medicinal and spiritual. Carob flour is rich in fiber, improves intestinal transit and is the star ingredient of patay.

To cook it we need the carob pod, which can be of two types - white or black.Leave the pod to dry in the sun for at least a week and then ground with a mortar or blender until flour is obtained. Water is added to it and mixed until a certain build is acquired that allows it to be placed in the form of breads. They are brought to a hot oven, although traditional is to use a clay oven, and are cooked for approximately 8 to 10 minutes. Then they are removed and placed in paper bags in a cool dry place. Nothing difficult, right?

Translated would be something like a bread with chicharrón, and it carries very few ingredients. It is made with common flour to which yeast dissolved in warm water and a few tablespoons of sugar is added. Previously crushed the chicharrón, to which it is placed in the center along with the fat. All these elements must be well integrated until a consistent but tender mass is formed. Let it stand for half an hour covered and in a warm place.

When our dough is ready, let it stand until the fat disappears. Then, cut the buns with which the breads were made and reserve until they double their size. Finally, they are stretched with a kneading stick and left leudando again to be cooked for 20 minutes.

If you are  sweet, this recipe is what you were waiting for. This  gastronomic delight  is typical of the city of Loreto, so was declared the  National Capital of Rosquete  and  Headquarters of the Rosquete Festival.

They are sweet threads dipped in meringue and preparing them is really simple. In a bowl, 12 yolks and 4 eggs are mixed until the prepation acquires consistency. Once the preparation is thick, sifted flour, alcohol and finally margarine is added. Everything is mixed and kneaded for several minutes. On the other hand, water is boiled in a pot large enough for the most rosquets to enter; they will float in the water once cooked.Finally, let them drain, dry them in the sun for 20 hours to be cooked in an oven over maximum heat.

To prepare its cover feature should be boiled a cup with water and sugar until a syrup is formed. In another container beat the whites to snow and add the syrup with a few drops of lemon. When this is ready a brush is used to decorate our rosquetes, they are left to dry again and ready to accompany some good santiagueños mattes.