Home Gastronomy The vitel toné by the hand of a big

The vitel toné by the hand of a big

Is there a Paulina Kitchen fan in the living room? Because we love his recipes, we bring you his version of the vitel toné for this holiday holiday. 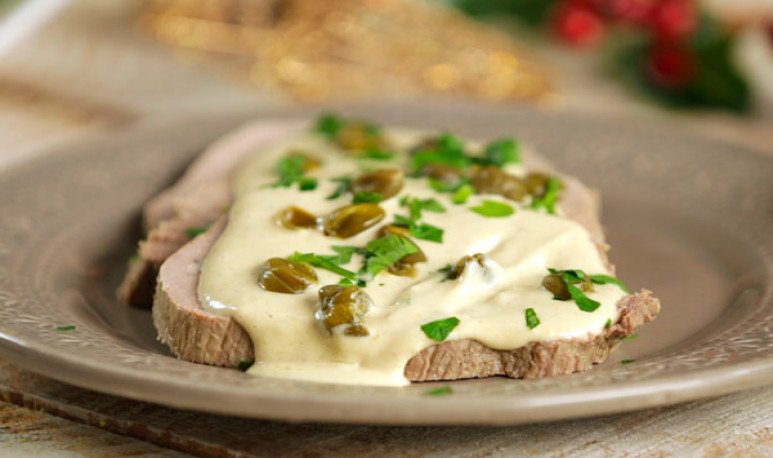 There is a  dish  that is  never missing  on the Argentinean table during the last two weeks of December. There are those who prefer to eat it during dinner, while others wait to assault him in the fridge at dawn. If your head thought of a  vitel toné , move on to withdraw the prize at the end of the note. No, lie. But, seriously, this   food  originally from Italy  was quickly  adopted in our country  during  immigration  . Then he went on to form the list of popular ones that all devour in the festive times. Although there is no exact date for it to be consumed. This is a matter of tradition that spread throughout the territory of Argento.

While it may sound a little French (thoné), the culinary  delight  is  one hundred percent coming from Italian lands . There, it is known as  vittelo tonnato  and is usually presented in its  cold or hot version  . The exact  birthplace  is the  Piedmont  region, where the preparation spent a long time without undergoing any modifications. Until mayonnaise began to be used in its composition, look that professionals point out as responsible for standardizing taste. Prior to incorporation, the  recipe  only had its own sauce product of tuna and oil.  It should be noted that in the gastronomic records of the European country they place its creation in the year 700 .

Ingredients for a perfect vitel toné

Preparation of the vitel toné

1. You're going to start by marinating the fish in the two glasses of wine throughout the night. This step you can sauté but it is recommended to do it so that the meat is well fluffy and much tastier.

2. After this time, bridle the fish (tie it, so that it retains its round shape). This is another step you can do without, although if you want to do it you will benefit the dish. The purpose is for the fish to better preserve its juices and its shape.

3. I boiled the meat in the broth for 1 hour in a common cooker or 40 minutes in a pressure cooker. Then leave to cool inside the broth.

4. In parallel, I put in the blender 1 large ladle of the broth in which the fish was made with the 2 boiled egg yolks. In addition, add tuna, anchovies, 2 spoons of olive oil, vinegar and lemon juice. Then add the mustard, mayonnaise and spoonful of capers. Blend all ingredients until a thin cream is obtained.

5. Cut the fish into thin or thicker slices according to your taste.

6. Place all the slices in a bowl and bathe them with tuna sauce and anchovies. Finally, spread the capers above as a finishing touch. Now, yeah, that season of vitel toné starts to blow up every belly in the county. Nothing more cute than giving love to your loved ones in the form of food!

A serrano fruit and healer