We Santafesinos are famous for drinking and brewing a lot of beer. In addition to the popular industrial, many do it by hand. 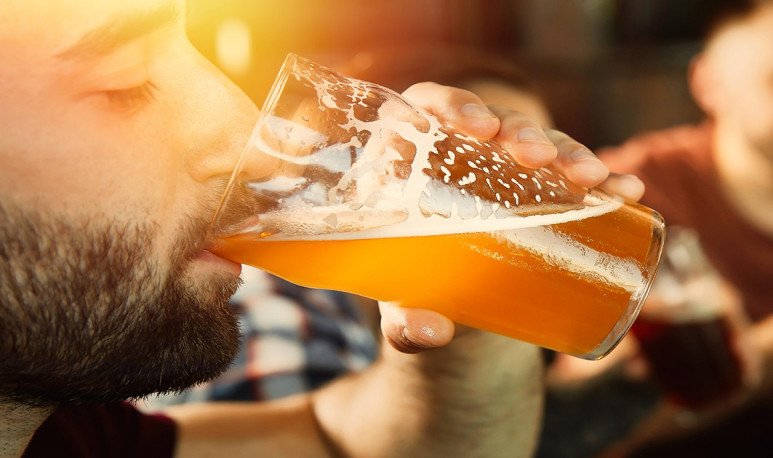 If you are a fan of this page, you probably have already read a note about Santa Fe and beer. The truth is, we are very brewers, the Santaphesinos. And our fame is backed by a powerful feature: one of the largest industrial brewing plants in Latin America and dozens of world-class craft breweries meet in the provincial capital.

Craft beer, that international fashion that almost no modern city escapes, has excellent representatives in Santa Fe. They complement the city's long tradition of plain and industrial ditches .

Craft breweries proliferated in the provincial capital. Dozens appeared in the last four or five years. And certainly they are all very good.

What makes the saintly beers so rich? The water, no doubt. This element is obviously the main ingredient of every beer. Being Santafesina a soft water, it becomes perfect for the elaboration of this product.

In this context, there is a brewing style that is currently furorin the region of La Setúbal. It is the American Pale Ale, known by its acronym APA . Because it is an American variant and, therefore, softer and less bitter than the traditional IPA, it found a great reception on the palate of santafesino.

Where is the success of the APA?

Local craft breweries make every style you can imagine, but the locals are very accustomed to the smoothness of the plain. I think that's where the APA's success comes from.

Its predecessor is the famous India Pale Ale. The history of the IPA is well known. This brewing style, one of the most consumed in the world, is 100% British. Apparently, when the English carried their beer by boat to India, they were spoiled. They discovered that hops worked as a perfect preservative. This style was born so characteristic for its flavor and floral aroma.

Similar to IPA, the APA is the American Pale Ale, a high fermentation and lupulated beer. Its color varies from pale golden to dark amber. It may contain floral, citrus, pine, spice, resin or tropical fruit notes, although the taste of hops predominates. The APA is a refreshing and modern beer. It emerged in the mid-1970s in the United States. The Anchor Brewing Company wanted to create a variety to commemorate the bicentenary of Paul Revere's midnight walk, which marked the beginning of the American War of Independence. Based on English recipes, Anchor managers created their own version, more palatable than the British version.

Both inventions were a success. Currently, most brewers offer or plan to launch their IPA and APA varieties. With the variations that the technological advances of the production process allowed over time, the Santafesina beers do not stop growing.