Do you know Florería Atlántico? If you're in Buenos Aires, you should take a ride. 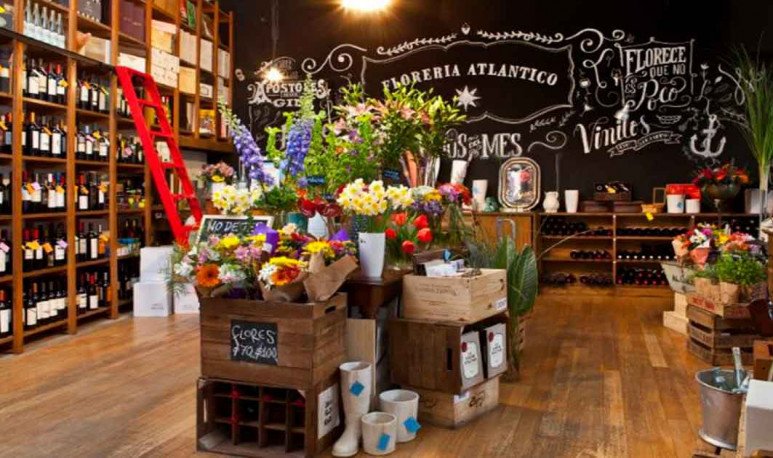 How could we define  Buenos Aires  if it's not like an  immigrant city  ? Almost everyone who was born here came from the ships. We are a mixture of countries, customs and  traditions  from different places, which converged in this beautiful city and turned it into what it is. From that concept so ours, so rooted in our being, the  Florería Atlántico bar was born. Maybe that's why it's been in effect for years. Maybe that's why today is the  third best bar in the world .

The idea is disruptive:  to install a bar in the subfloor of a flower shop . Yes, the flower shop is not only part of the name, it is a real store where seasonal flowers and wines are sold, as well as books and selected  gastronomy products. For some inattentive passerby walking down  Arroyo Street , maybe it's just that: a flirty flower shop. But whoever has the data (which is no longer a secret) will surely be encouraged to ring bell at number 872 and discover the real treasure of that direction. A staircase leads to the bar via a metal door. 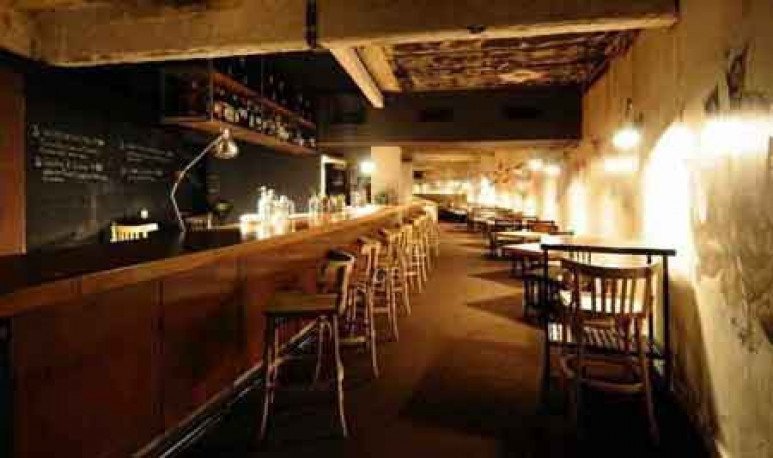 In 2013, when  Tato Giovannoni  had the wonderful idea of opening a bar where for years the iconic Mau Mau nightclub worked, speakeasy were not as common in Buenos Aires, those hidden bars that remember the times of the Seca Law in the United States. But a great idea, coupled with talent and quality products, can only have one result: resounding success. In their  18-meter bar  and on the tables that face it, they receive  200 to 400 people every night  , more than half of whom are foreigners.

The third best bar in the world

There are many bars in the world: having been selected on the podium is quite a feat. In 2019,  Florería Atlántico was ranked number 3 in the  World's 50 Best Bars  , the most important ranking in the category, prepared by William Reed Business Media. The bar had entered the ranking in 2016, ranked 49th; it rose to 23 in 2017; and reached 14 in 2018. Last year, in addition, he was recognized as  the best in South America.

The concept of Florería Atlántico is clear and everything in the bar remains true to that perspective:  Buenos Aires, a city of immigrants  who forged their cultural identity between the nineteenth and twentieth centuries. Both the drink menu and the menu of dishes and wines reflect these influences. For example, the proposal for cocktails is divided into regions: Italy, Spain, England and Poland, with a special section for Creoles. The kitchen offers everything from tapas to accompany drinks to full menus to order at the bar or at the tables.

So Martín Auzmendi defines that essence from the  bar 's own website:

From the nineteenth century equator to the second decade of the twentieth, more than four million people landed from Italy, Spain, France, Russia, Germany, England, Portugal or Switzerland. They came from countries that would never be as they were in those years, from a world where time existed in distances. Buenos Aires found them, crossed them, saw them go and come back, get lost and look.

They became Buenos Aires and Buenos Aires never ceased to be part of them again. In that fragile and voluptuous city the bars were ports in the port, docks where thirst quenches, nights where to put words to history, glasses where to mix drinks that crossed the Atlantic.

From the fonds reas de vuelta de Rocha to the ravines of Recoleta passing through the mariners of the center, the bars set off the nightlife of the city. American bartenders and Spanish barteners arrived, gin loved by the English and Dutch gin, Italian bitters and andalusian sherry, rum from Cuba sailing the Atlantic and Peruvian pisco from the Pacific, German brewers masters and turks anise, green fairy and champagne the French and the generous wine of the Portuguese.

There came another thirst, other stories, other past, another future.