This characteristic dish of San Juan has some tips that you should keep in mind. A renowned local chef teaches us, in simple steps, the preparation of the tip of his back to the flames. Take note. 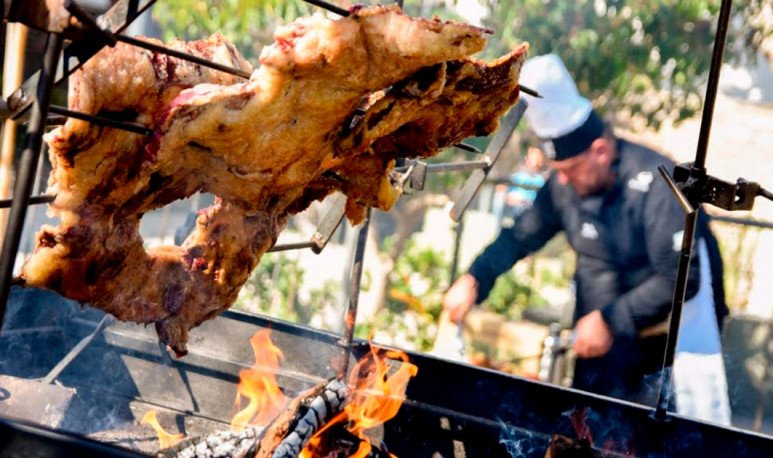 In the province of  San Juan  they usually eat  the “tip of back to the llamas”.  It is a beef cut that is cooked throughout the province. Renowned Sanjuanino chef Mauricio Barón , a few years ago, gave the local press the secrets that this characteristic dish brings in this area, in a few simple steps.

The first thing that sanjuanino advised was that you have to buy this cut in butchers selling quality products and what does not advise is to buy meat on a tray because being packaged loses the juice, this detail is very important. In many of these businesses sell the full back tip, it would be between 2, 5 and 3.5 kilos, then you have to calculate about 500 grams per diner, that is to say that with this amount of  meat  they can eat five people. 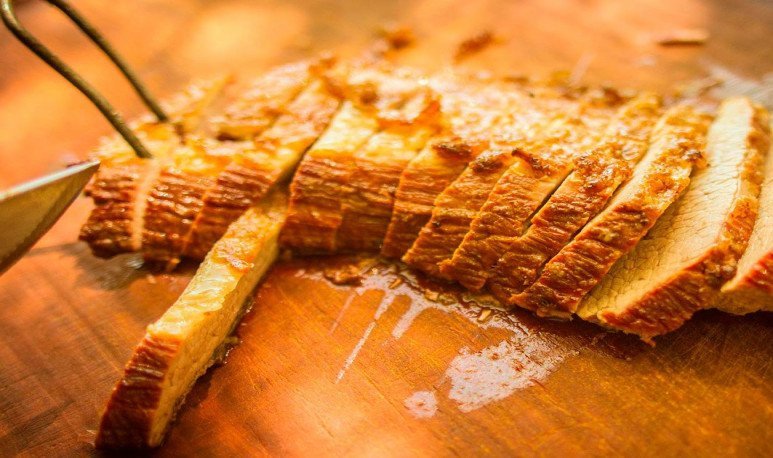 Seasonings are very important to make this dish, for example in San Juan they tend to add flavored salt or also known as  field salt. This seasoning is an enterfina salt that is mixed with pepper, then you have to season the meat with this salt and also add lemon zest to obtain an acidic touch in the meat.

As on this occasion we are going to learn how to elaborate La Punta de Espalda a las llamas, we have to place the meat in special stakes. They should have 45 degrees of inclination and the meat should be 50 centimeters from the flames. One more fact to keep in mind is that you should use  quebracho  firewood since if the wood is drier, the more flame will be obtained, not a whole ritual?

The back tip demands about two and a half hours, and it is necessary to respect this duration as the meat manages to get the right time for it to taste, because fat is introduced into the meat tissues, and the position in which it is located also helps this process. 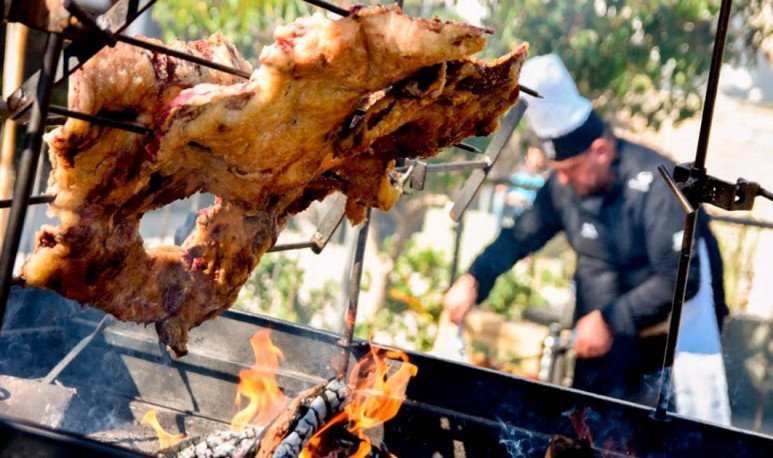 Another tips to highlight is that, as this cut has a thin and another wide part you can get the right point to adapt to sanjuanino palates, that is to say, a juicy and at the same time dry roast will be obtained depending on its parts.

These were the advice of the chef Sanjuanino on Punta de Espalda a las Llamas, the main dish characteristic of San Juan. But in addition, it should be noted that in this province they also cook it on coals, clay oven and  cooking oven. In turn, they prepare it to the champignon cut, or on the grill.

Once you visit San Juan, you will notice that the restaurants in the province always have La Punta de Espalda in their menu. This dish is so characteristic of this place that, in fact, it has its holiday. Every year, Sanjuaninos celebrate the  Fiesta de la Punta de Espalda , a cultural meeting that brings together the gastronomic sector with its various varieties of this cut of beef.

Finally, it should be emphasized that, years ago, in El Carrascal they were dedicated to performing La Punta de Espalda a las Llamas during the winter holidays and the preparation managed to gather many tourists on the pedestrian.