If you were surprised with the first part, this second delivery of huge meals will leave you atonic 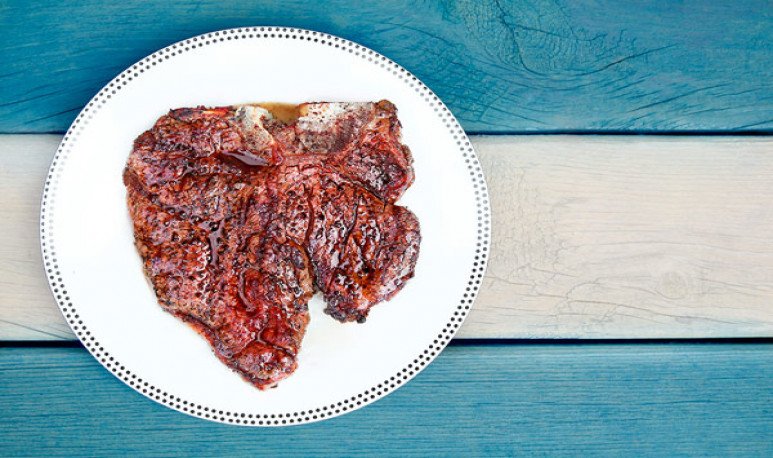 In this delivery we focus on the  northwest  of the country, but we also tell you about a peculiar  Patagonian animal  and close with a  recipe shared by many provinces  . Caparazones al rescoldo, super young goats and a Belgian stew with a very special meat: pass and serve.

The  piche  is the  Patagonian variant of mulita  and one of the smallest species of armadillo, with a  total weight of 900 grams  . However, its body is compact and its shell extremely hard and therefore it  is the only armadillo that can go into hibernation . The habitat of the piche extends  from  Neuquén  to  Tierra del Fuego    and it is along the entire Patagonian steppe,  which is hunted for subsistence purposes  .

The most typical forms of cooking of piche are to  rescoldo  (or embers), but like any game animal it  is necessary to cure it  a few hours before cooking. Once skinned,  the piche is seasoned with assorted  species and lots of garlic, and then be c  olocado to the embers  on the side of its shell.

Another common way of cooking this armadillo, which responds to an  even more ancient custom , is that of some  Mapuche communities:  hot stones introduced into the dam . The most notable aspects of this method is that it allows the production of abundant broth from the fat and the  juices themselves released by the meat . This mode offers a way to cook meat  in your broth , without using containers, or at least an alternative to get meat cooking with more liquid.

Charquinada, or the Belgian who became Creole

To understand what charquinada is, you must first explain what  charqui is: charqui is a type of  dehydrated meat typical of the  Andean and Southern regions of South America that has been used since pre-Columbian times to  conserve meat  for prolonged periods. Although initially the meat of charqui  was yama,  in modernity it was replaced by the  vaccine  . The method of preparation usually begins by  cutting the meat into slices or strips  as thin as possible, removing the fat and, as much as possible, blood. The prepared strips are  hung in dry, ventilated and, above all, very sunny,  until they have a texture similar to that of cardboard and even leather. Then, it is usually stored in  containers between layers of common salt , sometimes adding pepper, paprika and dried chili peppers.

Within what subsistence in some very humble places allows, the most lustful way of eating the charqui is a la carbonada.   This is similar to locro and has its  origin in a Belgian dish  called c  arbonnade  . Unlike this, in the  Creole Carbonade  , shelled  corn  is clearly identified, which is the essential food of those originating in Andean America. In Argentina, in gauchesca cuisine, carbonada carries  canned foods,  such as dry squash, dried tomato and, often, charqui.

The most typical way to eat this particular stew, is  inside the bowl of the squash,  accompanied by  mazamorra  and many previously boiled and sautéed vegetables.

The  hobby in some provinces  for  goat  meat is known. Neuquén, Mendoza, San Luis and Cordoba rank as the ones that consume this animal the most. On the cross, on the coals or in the clay oven  the delicious meat of the young goat is ordinary currency. However, in some parts of these provinces, they have a  habit of not letting the goat grow too much and eat it with just a few months of life.

It is understandable if  some of these  recipes  cause stupor , but it is necessary to clarify that  these gastronomic customs of our peoples were founded (and still endure) in  need and  hunger, often consistent with the sacrificed life in the Argentine fields.