We all know how to make roast. But there are people who study and prepare to cook. We talked to a chef who has the roast as his favorite dish. 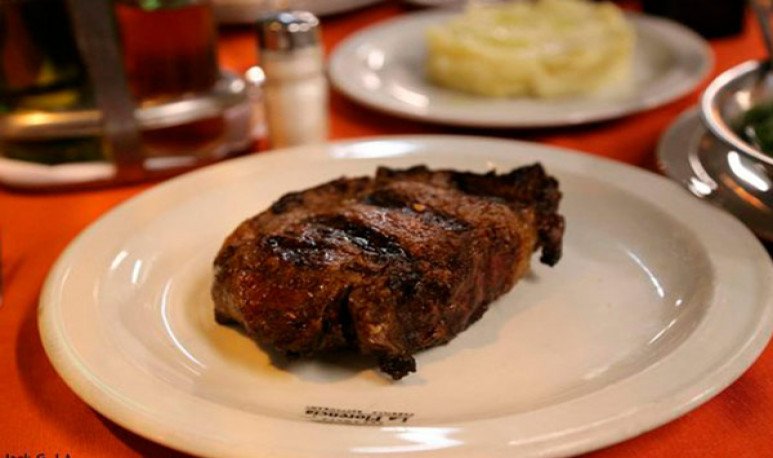 Hardly we Argentines have gone through a moment in our lives when we were taught to make a roast. Rather, we learned it. We don't remember when or where. It's just that there's no precise moment.  Because steakhouse is not done, it is born. And, with the mere fact of being Argentineans, we already know that with the running of our lives we are going to run into countless meetings with a roast in the middle.   And in the meantime being in front of the grill, chatting with the grills, we will inexorably learn how to make a roast. That's why my fingers don't shake when I write that it's a fallacy to say “I don't know how to make a roast.” Because we all know to make a roast. Then you can get richer or uglier. A little more red or past cooking. But the roast is there.

However, it is one thing to know how to do roasts and another, quite different, is to prepare and study for it. Obviously, a chef is instructed in multiple culinary techniques and knows the most lost ingredients. But,  almost as in the specialization performed by doctors, many chefs are engaged in learning, exclusively, about roasting and the techniques of cooking meat on the fire.   In this note we talk to one of them, Francisco Arjona, “like the singer”, clarifies, resigned to any kind of joke that, out of respect, we do not do.

Francisco is the chef of a historic Mendoza barbecue,  “Estancia La Florencia”.   The restaurant is regularly frequented by Mendoza, tourists and celebrities. The paintings on their walls won't let me lie. But to achieve prestige size it is necessary to form a great team. And, as in every great team, there must be a leader. That's Francisco, the boss in the kitchen.

The restaurant has as its distinctive feature the roast.  The meat cooked on fire eaten there doesn't find much competition in Mendoza. And behind that is Francisco, who opens the talk mentioning the 3 best cuts of a roast, for him:  “The part of the  entails  , which is one of the first to start eating, like a peck, before the roast. Then we go to the  rib part . It is important to know that  we have 13 ribs .” And leave an important recommendation for those who like to go shopping at the butcher shop: “Ideally, when you go to a butcher shop, it  is always to order between the first and second cut, which are the cutest, the ones with the most meat.”   And finally, choose one Argentinian cut par excellence: “Inside the ribs, this is very well complemented by the vacuum. Everyone always accompanies a few ribs with the  vacuum .”

As for the salty of meat, once it was placed on the grill or on the cross, to be made to the flame, Francis took a handful of salt and was throwing it into the meat, under the premise that what is needed will be absorbed, the rest will be resonating upon contact with the fire.

Francis prefers the flame before the embers. Recognizes that cooking time becomes very long and heavy, but everything is to achieve a really exquisite dish: “For me,  the passion of cooking on fire, setting it up, accompanying everything with a glass of wine, is essential.   Ribs take longer when you do it to the flame, but it is tastier. The meat is smoked and has another texture and taste. This happens in the ribs and in the vacuum.”

The talk is given as Francis lights the fire in the center of a round structure, on whose circumference are located the crosses. While stringing his ribs, he tells us that, many times, people who pass by the sidewalk stop to look and take pictures.   It is that, strategically, to tempt customers, the kitchen is in sight and the technique of cooking on the flame is always a hook. 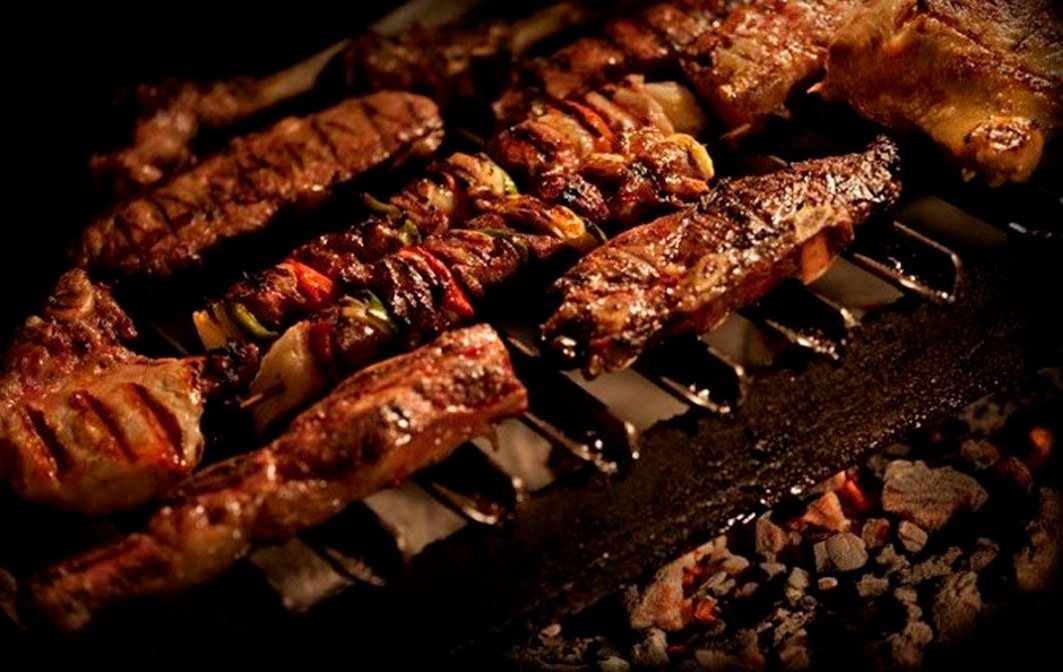 Although the technique of cooking to the flame is millennial, in Mendoza society it has been installed in recent years. Many times, the real roast is replaced by a rib or a whole vacuum to the flame. For them, there are some recommendations:  “Ideally, a rib weighs 8 or 8 and a half kilos. That's the ideal thing. You have between 2 hours, 2 and a half hours or 3 hours depending on the  cooking point .”   It is important to clarify here that, surely, Mendoza will be closer to the 3 hours of cooking, since we like meat a little drier or “well cooked”, as some define their taste on the point of meat, as if someone ate it raw. But our interviewee continues: “An animal over 300 kilos is already a more adult animal and there the meat can be a little harder.” Francis clarified this at the consultation on the difference between eating the meat of a calf or an adult cow.

An expert in the field, Francis told us different ways to cook meat on fire, since the embers and the flame are not the only ones. “ You have different ways of cooking. Cooking is a world where you learn new things every day. There are techniques for cooking the    goat in the form of curanto, which you wrap it in fabrics and cook it in stone.   Another technique is 'to hell. ' You can make a sucker and it's very rich. But they are all fire-based techniques, which is the fundamental thing.”

Arjona worked a long time in Chile and in different Argentine provinces.  In all regions he tried different dishes. However, “you can find other techniques and flavors, which are different. But, like the Argentinian asado, there is no.”

Our chef understands that it is a matter of habit, tradition and passion: “I think it is a tradition that comes from many years ago. It is a custom that includes meeting, family, friends, sharing the moment, the ritual of setting the fire, accompanying the steakhouse, children and families making salads. It's a good custom of ours.”