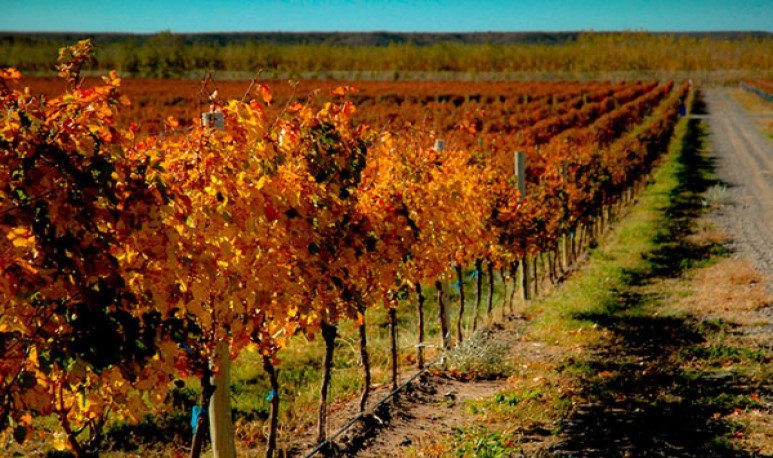 Located in  San Patricio del Chañar , just over 55 kilometers from  Neuquén  capital, is  Bodega del Fin del Mundo , which since 2002  produces  wines  of exquisite quality , born from the heart of  Argentinian Patagonia  .

Surrounded by the unique landscapes that the town offers, the winery has  almost 900 hectares of vineyards  that receive the crystal clear waters of the Neuquén River in the irrigation process.This is a pioneering project in the production of wines that served in recent years to replicate experiences from vineyards further south, including that achieved state support for productive development.

Bodega del Fin del Mundo looks with its wines to reflect “the place where we are, full of sun and Patagonian freshness,” they say.This is an entrepreneurship that is part of Family Wine Estate, of the Eurnekian group, which has wine projects in our country and Armenia.

A story of dreamers

San Patricio del Chañar  was founded in May 1973  and with its foundation came the first fruit plantations that began to give life to the region. It is currently the only production area in Argentina where only premium wines are made.

In the 1990s, visionaries, producers began to work in the fields so that in the future they could produce fine wines, with a Patagonian imprint that adds value to the world recognition that the region already has for its natural beauties.In the late 1990s, new irrigation system was implemented nourished by the waters of the Neuquén River, which began to give life to the project and the vineyards.  The plants matured and the grapes from the 2002 harvest were those used to make the first wines made in San Patricio del Chañar . “Since then, we are looking every year for the best expression of Patagonia in each of our wines,” they say from Bodega del Fin del Mundo...

Today, almost thirty years after the homeland started, the winery has stainless steel tanks and temperature-controlled oak barrels, concrete basins and French and American oak barrels, for perfect maceration, fermentation and careful aging of wines, in order to ensure the maximum expression of the aromatic profile of each specimen.