Home Gastronomy The particular names that have some wines

Some are limited to the family's surname. But others seek to innovate. I know these particular names that have some wines. 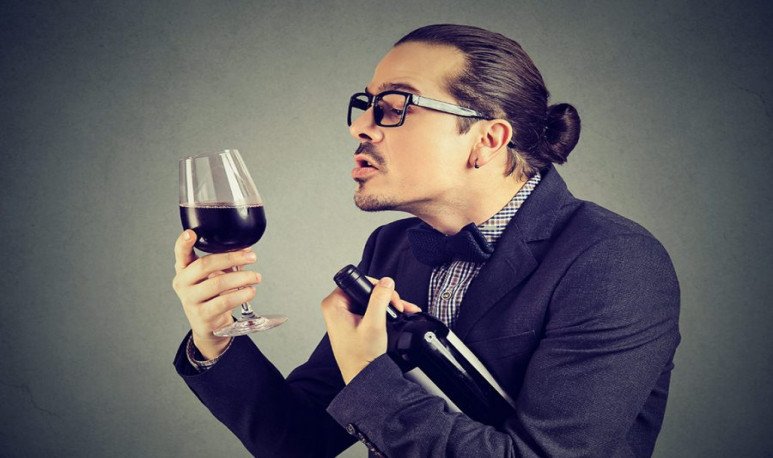 A wine goes far beyond the contents of bottles   . It's much more than fermented grape juice. Sure, if you like this   drink   spirituosa, more than once you have grabbed a bottle and have started to read the labels.   The reverse, especially. Where does that come from   wine   , which winery is it or legends such as “robust, intense and wood-flavored wine” are some of the words we can read in them. However, on the obverse of the label there is the most important thing: the name. Many times accompanied by some design image, the name usually attracts attention.   The     wineries     they seek to distinguish themselves in that regard. But, pursuing that distinction, many names have awakened the   laugh   rather than interest in consumers.   Here we leave you these particular names that have some wines.

Terracotta Wines   is a winery that, under the   Descendant brand   , draws up its lines   “Daring,” “Intractable” and, very soon, “Middle Sister.”   . All for the domestic market, something that also encourages the use of these   words   in their marks since, perhaps, on the outside, I did not finish understanding each other in sense.

Another case of particular names that have some wines may be that of Fernando Gabrielli, a prominent mendocino rapporteur of   horse racing   . He created his wine and named him   “The rapporteur   ”. “Pala Corazón” by Lucas Niven; “Black Hands” by Alejandro Sejanovich; or “Desquiciado”, by winemakers Gonzalo Tamagnini and Martín Sesto.

However, despite these particular names that have some wines, which have little to do with the   wine-growing activity   , many have managed to position themselves globally as   “The Mascot”,   by Mascota Vineyards, which in its varietal cabernet sauvignon was chosen the best red wine in the world.

The word of a winemaker

Horacio Graffigna has its own boutique winery. It sells, above all, on the domestic market under the name “Let it be blood.” He himself tells the origin of this curious phrase.

“The story is funny. The first two years when I made wine, I sold everything without a label, because I had to register a brand, design the label, and that took me time and money. Besides, you never know what to name it.” And the answer, finally, was in the least thought place:   roast with friends   .

It's just that one night, a diner counted a   Typical local joke: “A drunk goes across the street with a bottle of wine under his arm. One car passes and hits it, and when he falls and wakes up from the blow, he sees a red puddle and, hoping it's not the bottle that has broken, he exclaims:   let it be blood   ! ”. After telling us the joke again, with laughter, Horacio completed that then “I registered it and it became our brand.”

Wines with own names

Beyond these particular names that have some wines, there are also many others that simply refer to the surname of the family that founded the winery. That is the case of Lopez wines,   Bianchi   or Penedo Borges.

In short, the name given to wines is increasingly considered by consumers when choosing one. That's why,   wineries work very hard in that regard, looking for the most persuasive word or phrase for the market.