El Bolsón, located in the Andean Parallel Region 42, is a pioneer city in the brewing of craft beer. 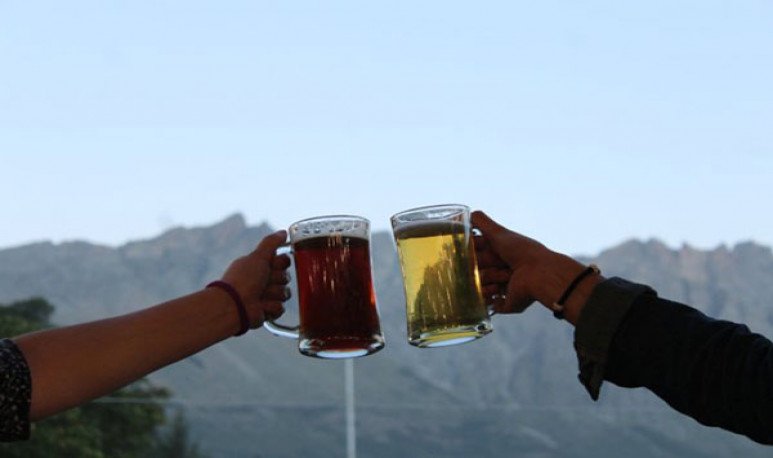 Located on the rionegrino side of the  Andean Parallel Region 42 , the town of  El Bolsón  is recognized by various factors, and one of them is its characteristic  craft beer.

The artisans fair, the Escondida waterfall, the Amigo hill,  the carved forest at the foot of Piltriquitrón , the perito moreno hill and  El Cajón del Azul   are some of the many proposals that this town has, which in the sixties became famous for being a refuge for the members of the hippie movement. It also has nearby towns such as  Cholila, Epuyén,  El Hoyo , El Maitén and  Lake Puelo  (all in the province of Chubut), which make a visit to the Andean Parallel 42 region an unforgettable experience among forests, lakes, trails and hills.

However, a stay in El Bolsón would not be complete without the tasting of at least one of its varied craft beers.

They say that the origins of the drink in the area date back to the early years of the twentieth century, when  Otto Tipp , a German immigrant who arrived from Chile began to grow hops — essential raw material for the drink — and then produced craft beer.

Anyway, you have to travel back in time until the 80s, more precisely to 1984, to find the pioneering brewery of El Bolsón, which coincidentally — or not — is named after the town and also opened way for other producers to launch successful ventures to the market brewers with quality products.

El Bolsón beer became the most emblematic beer in the city. Not only because of its inescapable reference to the name of place that saw it born, but because of the quality and taste of the different variants that were produced over the years (nDer: recommendation: winter black beer is a jewellery).

In addition to being marketed in different parts of the country, the pioneers of craft beer gave a plus to their production plant with the tourist proposal to manufacture it in the sight of consumers in a small plant on the outskirts of the city, heading north. There is also a campsite to stay, which makes the place an ideal place to go with family or friends.

In the centre of the village there is also a brewery yard, no campsite and without the possibility to see how the drink is made, but with the same imprint to enjoy the beer.

Another classic craft beer from El Bolsón is La  Piltri , in reference to the place where it is brewed: in the faldeo of Cerro Piltriquitrón.

Although its origin dates back to the first years of the new millennium, its quality and unique taste in the varieties of IPA, golden, porter, red ale, with a robust body made it quickly gain popularity to position itself as one of the cult beers of the Cordillerana locality.

Hops, that essential ingredient in beer production, grows in large quantities in this mountain range, it is estimated that due to the conditions provided by the microclimate of the region.

Every February the  National Festival of Hops is held in El Bolsón, in homage to the pioneers who dedicated themselves to the cultivation and harvest of that fruit that contributes to the beer its characteristic taste.

More than 40,000 people gather year by year in El Bolsón celebrating and honoring one of the great drivers of its economy in a festival attended by regional and local artists, with a brewing yard and artisans that for three days, after the blessing of the fruit celebrated develop on the premises.