Home Gastronomy The war of the milanese

In Mendoza there are three restaurants that are disputed for the title of making the best Milanese of all. Know them on this note. 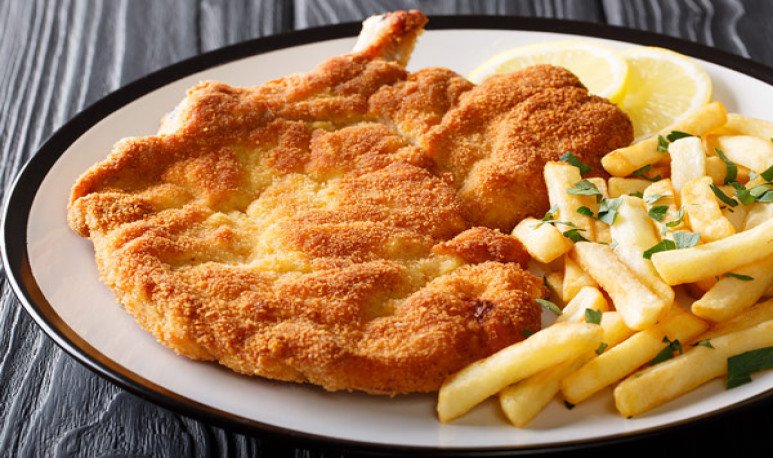 Milanese is one of the most traditional food of Argentines.  Its name goes back to the Italian city of Milan. But, in reality, its origins are uncertain.  Although many Latin American cuisines have been preparing it for over a century, such as in Peru, Chile or our  country.Milanese is eaten on horseback (with a fried egg above), Swiss (with cheese above), Neapolitan (with cheese and tomato sauce) and in many other ways. It is accompanied by   french fries , salad or any other side dish. You can even eat the classic sanguche de milanese, a real delight.

In Mendoza you can get all those forms of Milanese and more,  just go around the city and its surroundings to taste the best in the province.  It will be in you to define which is the best, although in any of these three restaurants or canteens you will eat well. At a good price, maintaining the quality and quantity.

It is a classic canteen from before that has been maintained until today.  Its infrastructure is an old mansion from the middle of the last century. It is located to the west of the fourth section of the City of Mendoza. On Mitre and Bogado streets.  The aged counter, worn furniture and polished tiles account for the passage of the years in a house that has been known to maintain. The place is cared for by their own owners who,  far from being friendly, are friendly enough to limit themselves to offering the menu and prices.  Although they assume that every diner already knows what they have to offer, so it is a little uncomfortable, sometimes having to ask what they have to serve. The truth is that  potato tortilla ,  pasta and homemade custard for dessert stand out here.  But the milanese is the battlehorse of such establishments. Large size.  The ideal garnish is the aforementioned potato tortilla. Everything is served in transparent brown plate (typical of canteen). From Don Coco one comes out pipon and happy. Satisfied.

In Paso de los Andes and France, by  Godoy Cruz .  The concept is similar to Don Coco. Old mansion maintained with minimal interventions and investments . Enough to keep it standing and sanitarily acceptable.  The premises are open since 1989 . Doña Martha Manrique took care of a gastronomic place that did not work well and knew how to lift it. From that moment until today,  La Tía Rada has built a brand that, in Mendoza, is synonymous with Milanese.  Its huge size, overflowing the dish, is a taste that no one should stop giving up. Martha's grandchildren, today in charge of the place, claim that they work with breech meat and ask that they cut them “crossed”, to achieve a very large one-piece milanese.

A typical  routero  restaurant that started to serve travelers who stopped to rest, but that today is the destination of many diners habits of a real Milanese, who travel almost 100 kilos.oacute; meters to get the taste out.  It is located on Route 40, in the section where it becomes San Martín Street, in the department of Tunuyán . There emerges the red sign of “El Gallego”. A huge dish with a giant Milanese along with French fries are the local vedette. In this case we are talking about a newer restaurant, but it has been built with classical traditions.  Pout chairs, wooden tables and respectful but unfriendly attention.  Definitely, it is one more of the great trident of the Milanese Mendoza.

You already know three options to taste a typical dish of our country, which is eaten anywhere in Argentina, but that should be tried in each of those places because, at some point, they are all different.

Three meals to get to know the Argentinian Chaco

Which of these elements do you choose for frying?