Home Gastronomy The chanfaina, the favorite dish of the puntanos

In the note we tell you how you can prepare the chanfaina, and with which dish you can accompany this delicacy. 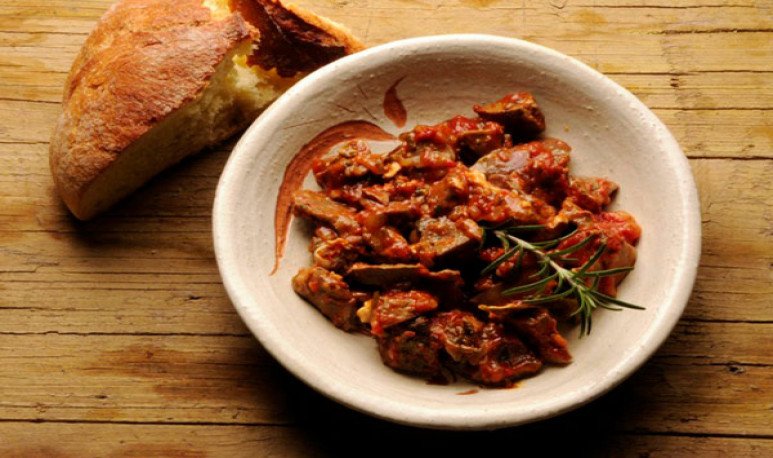 Chanfaina  is one of the most popular dishes in  San Luis  and can be enjoyed in Villa de la Quebrada  . This  delicacy  is done with goat or lamb giblets, to which it is placed in boiling salted water. Most puntanos consume it as a garnish to roast chivito.

To get a perfect combination, the cook begins to put the embers for cooking the kid or  chivito , and the secret is to properly marinate the  meat . As for its cooking, it is quite slow, since it takes several hours for seasonings to be properly absorbed into the meat, and in this way, a rich dish can be obtained. While time runs, the cook begins to prepare the chanfaina, which is a sauce or also known as a type of stew that in ancient times the Romans made to accompany the meat of hare, with the giblets and blood of this animal, and aromatized with various herbs such as coriander. The Spaniards, meanwhile, call chanfaina a a stew of boves, a seasoning for a certain type of meat.

To make this exquisite dish you will need the following ingredients:

As we anticipated you at first, we need to cook the giblets in salted water, finely chop and store the broth. Some also use blood, which is mixed with salt, allowed to harden and then diced to add to the cooking.

Then, in a saucepan we put the fat or oil and begin to saute the onion along with the chopped garlic, also if you want you can add parsley and tomato to it. Once we have all rehogado add the giblets, which already have to be salted, then season with oregano, cumin, pepper and chili to taste.

In this instance it is time to add two or three tablespoons of the broth we had reserved, and add the crumbled bread crumb. We let everything boil very slowly and once everything is cooked we have ready our chanfaina to accompany with a rich kid or chivito.

It is important to stress that the gastronomy of San Luis is very varied, since, although the puntanos, on the one hand, maintain traditional recipes of the area, also those dedicated to this area are considered to be very innovative in their meals. We can also say the same about their drinks, since in this province craft beers are very popular, which are made by local producers.They strive to produce new products offered at the different fairs held both in the capital and in the interior of the province. On the other hand, gastronomics also produce delicious homemade jams, cheeses, cold cuts, bread and cold meats.

The gastronomy in  San Luis  is very important for its inhabitants, as it forms the folklore of the puntanos, with its diverse and peculiar dishes make this place different from the other provinces. The events that take place in the different points of this place are a way to make its gastronomy visible.For example, in Merlo with the Feast of Sweetness, Potrero de los Funes, The Trapiche and Carpentry with the Festival of Craft Beer and Homemade Mice. In these places, the puntanos bet every year on positioning their  land  with their typical meals, marking their identity mark.