A classic of the Santafesino interior is the German cake, a regional dessert that was born to adapt the traditions of immigrants. 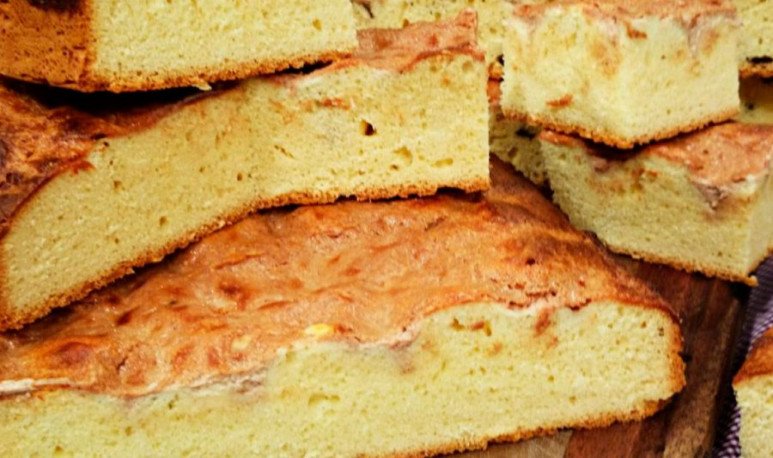 I don't know if there's anything richer to accompany some mattes in the shade of a Santa Fe tree than German cake. In some towns in the interior of the province, such as Esperanza,   do it like the gods   . Such is so that they hold the record of the largest German cake in the world, with more than 90 meters (some animals).

The name “german cake” is generic, as appfelstrudel, sacher torte and so many more are several specific German cakes. But, in Santa Fe, when we mention that name, we make unequivocal reference to the pastry product made from the recipe offered by the   descendants of germans   of the region.
The story is that many years ago, in the colonists' homes milk was used to make all possible products and, given the surplus of milk cream, which could not be preserved because it did not count at that time with refrigeration devices, this cake was cooked to take advantage of it.   Many are its variants   , according to the family from which the recipe comes, but we chose to get them this, which is   one of the simplest and most exquisite   . And as the pastry chef says, “That's how my grandmother taught me how to make German cake.”

For the sponge cake

The cover of the German cake is done simply by joining with your hand all the ingredients until a granulate is formed. Do not overtouch this preparation with your hands because you can warm up the butter and ruin the granulate. Book inside the refrigerator until the time of use.

For the sponge cake