A favorite cut. In all butchers they treasure them obsessively. It involves, when it is achieved, there is no lack in the mendocinas grills. 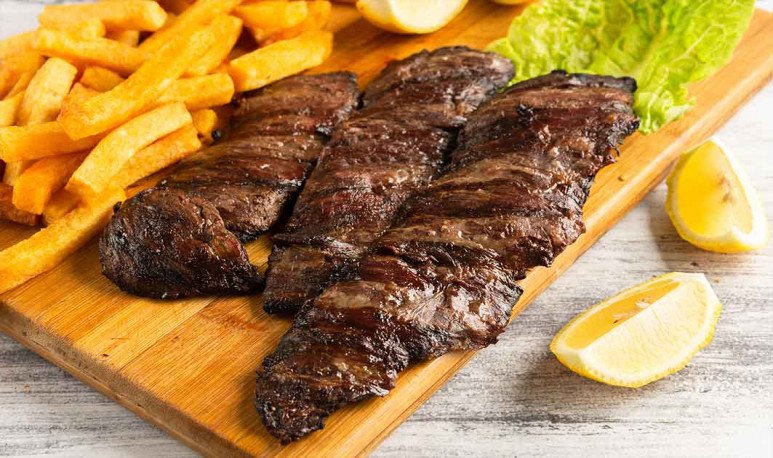 A classic. It doesn't fail. When we get to some barbecue or a house and look at the  grill , we always look for it. Let's see if we're worthy diners to deserve that cut. But, of course, maybe the host kept it in the most remote part of his freezer, to eat it “with carp,” as we say the Mendoza. Capped. Without anyone seeing it. He alone. It's just that sometimes it entails awakening the selfishness of the most generous.

It's always good to have a lawyer and a doctor friend. They save us in pressing situations where, if we don't have them as  friends , we should spend time and money on some unknown doctor or lawyers. But,  more than a Mendoza prefers to have a friend butcher, rather than any other professional or worker.  So, we enter our friendly butcher's shop, going unnoticed, waiting for our turn.  As soon as the  butcher  sees us, he knows what we want . “The usual thing,” we say at the time of being taken care of. A piece of meat rather finite and elongated, with leather on both sides enters the bag, scales in between, and into our hands. We already have the treasure.

Only one per person

In many mendocinas butchers there are posters with the legends  “only one imply per person” or “due to high demand, we will deliver only one imply per person. Do not insist.”  It's just that it involves is a very precious  cut  . It comes only one for calf or cow, and that's why the low offer. Even so, the price is the same as the roast in general. I mean, expensive.

It usually weighs between 1 kilo and 1 kilo and a half kilos. It is a perfect mix between  meat  and the right fat, to give it a touch of taste.The outer parts of the cut are “two caps”.  One is leather and one is fat. It is recommended to roast it very slow, taking advantage of the “oven” effect that these layers generate on the meat they carry inside.

So sought is the imply that Mendoza has found a very similar cut, which is sold as  “false entails”. It is a piece of meat that accompanies the known as “roast of the butcher”. This piece is very similar to the real imply, although with a little more meat and less fat.  In addition, it is usually thicker. However, we have to be attentive because, if we don't know much and the butcher is half a vivaracho, we can be scammed with a “false entail” instead of the original implication.

It can be done  on the grill,   disc  or baked  . It does not matter in which way it is cooked. Just be there.  When it is announced that the menu is a imply, the meeting takes another dye.  Those present are happy and cheerful, knowing that they will eat a real delight, a classic of Mendoza tables.

This is a cut that is made customary. A family barbecue that is served with entails will try to always have this cut between its ranks. You can't miss it any more, it'll even be transmitted from generation to generation. It's a  tradition  that is worn in the bowels.