Holy grandmothers made suckers in syrup like nobody else. But, luckily, we found a recipe! 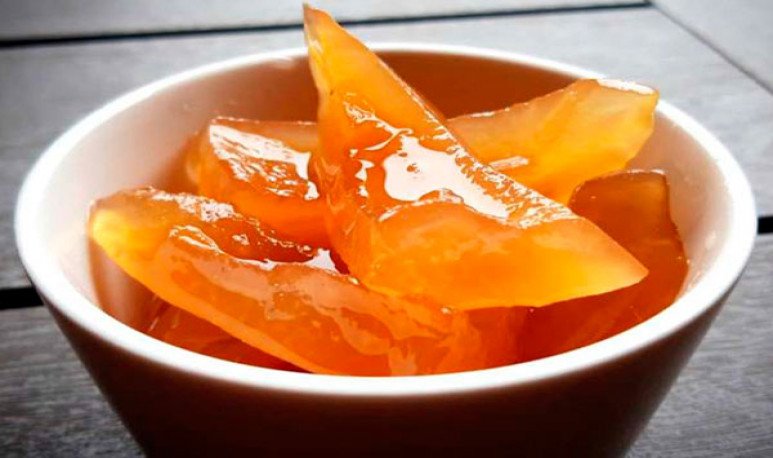 Many boys from the interior of Santa Fe  study in the provincial capital . Miles, I'd say. When they spend a lot of time without returning to the payment, they are usually visited by their parents, who take advantage of doing some paperwork in the central city.  The arrival of mom   or dad is usually accompanied by a   set of emotions  . Among the gifts, many bring a jar full of sweet suckers.

In northern Argentina, the fruit is known as mamón, but  in other countries it is known as papaya or milky . It grows from a tropical dwarf  tree  that, starting in spring, gives fruits up to two kilos. The suckers are harvested green, but they can also be marketed mature.

Tropical fruit is not very well known. It is not much seen in the greengrocers of our country. The suckers are linked to the coastal area. Northeast.  In these villages in the interior, they usually cook it   in huge pots  , on wood fire, and large amounts of fruit.

It is a pity that, in the greengrocers of cities, it is not easy to get suckers or other regional fruits. This, in particular, needs to survive a warm climate, does not resist frost, but does not require much care as they are from wild trees.  The spread of products from each area means that we have a wider range of choices  for our diet. Making them known, claiming for them in the markets and consuming them on a daily basis will revalue the sacrifice of those few producers who make this fruit an industrial product that, little by little, can come to the table of many. Those who  eat it say remembering childhood  that, well prepared, the taste remains intact. How to go back in time and taste the same sweet from more than  15  years ago.

Peel the suckers with a glove. That's what grandmothers recommend, because they release an acidic liquid that can hurt the hands. Once  peeled and without seeds,  they are washed and cut into slices and frozen so that, when cooked, the fruit does not break and lose in the sweet. It is cooked over high heat, in thick pot, with sugar and covered with water until it covers the suckers. Spices and essence are added.  Baking is in   two   parts:  the first is until the fruit is soft. It is allowed to rest all night and then cooked again to reduce the liquid and the syrup is formed.

Maybe, in your area, you won't run into suckers. If you  're lucky enough  to find them, be sure to take advantage of them.   These are those sweet recipes that you can 't stop spreading .