A delight of sweet recipes to share the mattes are the exquisite palm trees. In the north of Santa Fe they cook a lot. 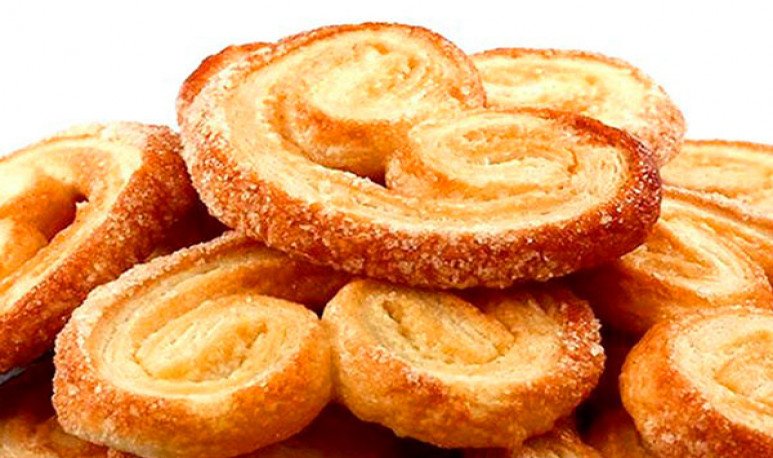 In family encounters in  northeastern Santafesino there  are deep experiences of the  family . They accompany the talks along with the mate, the stories, the anecdotes, the transmission of knowledge from generation to generation. Behind is the wisdom of doing something rich with little. This is the case with this easy recipe for sweet palmeritas. Ingredients can be replaced depending on the resources of each. The kitchen is the perfect excuse to unite ingredients and people.

Palmeritas are a very popular sweets throughout Argentina. The basis of this piece is a flour and butter mass formed by many overlapping leaves.  Its origin is attributed to the Arabs , although there was a similar mass in the Greco-Roman era.  But, in itself, palm trees are a French specialty . They are characterized by their peculiar armored shape with deformed vertices. In Mexico and Costa Rica they are known as ears. They are usually sold in large and small size in bakeries and supermarkets. But,  in the north of Santa Fe, they are still cooking at home, at the time of the mate.

There are different variants of palm trees. There are traditional ones with sugar, egg yolk or  chocolate covered. They usually present a sweet cover, which may either be from some cream derived from cocoa (chocolate palm) or egg yolk (egg palm). Another well-known version incorporates a covering of icing sugar to said sweet, which adds an apparent varnishing to the palm tree giving it a solemn and sweet touch. There are many more versions, which  can be found in pastry shops almost all over the world , but the previous ones are the best known.

A piece of pastries

I found that they are a piece of pastries. Clearly, it was the first time I ever read that word.  Bakery is a generic term that regroups the set of buns (usually sweet) . Its main component is flour dough in its various forms. The development of industrial-made pastries led to an abusive consumption of this type of high-calorie food, especially in  children . Logically, it started to associate with junk food. However, in European cuisines, traditional and artisan pastries are an important element of food and is consumed daily in breakfast and snacks.

1. Spread some sugar on the surface where you are going to work.

2. Place the puff pastry sheet on the sugar and sprinkle a little more sugar on top.

3.  Roll the roll over the puff pastry so that the sugar is incorporated into the dough.

4. Bend the ends of the dough towards the center.

5. Turn back to the center.

6. Fold again in half and you will have a “burrito” that you have to cut every  1 cm. This is the ideal thickness to take advantage of the dough  and get lots of palm trees.

7. Very carefully, and with the help of an adult if a child makes them, preheat the oven to 200 degrees. While it takes temperature, you can place the palm trees in a baking dish, leaving a little space between them so that they can grow without sticking.

8. Put the palmeritas in the oven for 15 minutes or until they are well browned. Carefully turn them over and let cook for 5 more minutes.

Ready! You can accompany your palm trees with  honey , chocolate. Or only h acer un rico mate to spend an afternoon with family or friends.

I learned to make cornstarch alfajorcitos