The summer of Santa Fe lends itself to these simple and light preparations. I learned to make these delicious bruschettas. 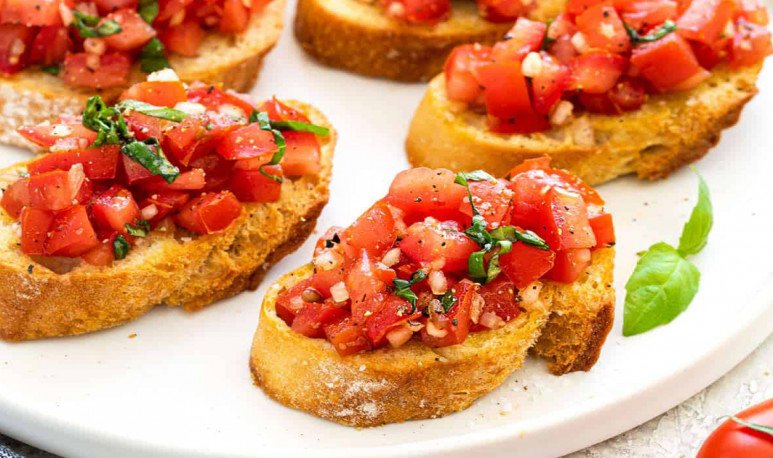 There are many meals that were  conceived as entrances but, in the summer Santafesino, they are main courses . It's just that sometimes, it's so much heat that we don't even want to get off a plate. We prefer to chop  something cold , light. But yes: always watered frosty beer.

I know, what I just said is a sin if you read this note by a nutrition professional. To be honest, I don't say that, food, eat that's right. In any case, I'm describing  our eating habits , mainly at dinner, during the overwhelming Santafesino heat.

These bruschettas are an interesting variant to get out of the usual. Without ceasing to be something simple, relatively fresh and light and perfectly compatible with the santafesino palate.  There are as many options of flavors as possibilities . They are definitely one of the alternatives to enjoy at home and with a cold drink. The preparation of Bruschettas consists of roasting slices of bread, which can be homemade, rustic or not. The most important thing to keep in mind is that, like every Italian recipe, you should try to highlight authentic flavors.

In this regard, it is always nice to remember the stories of our  immigrants . Those that give birth to today's culinary customs. The bruschettas are born as  “poor dish” created by peasants to take advantage of stale bread  and make it last longer to consume it. Italian ingredients of excellence such as extra virgin olive oil and sea salt were used as preservatives and over time Bruschetta has become a ritual to accompany appetizers.

For the classic bruschetta you should start by cutting the bread into slices of no more than two centimeters. Heat a non-stick plate and when hot toast the bread on both sides until crisp and remove.

While the bread is being roasted, tomatoes should be washed and cut. Some recipes  recommend that to season tomatoes it is necessary to place them in different containers with basil leaves , virgin olive oil and salt.

A detail that adds enough  flavor  and aroma to the appetizer is done by rubbing toast with garlic or tomato. However, there are those who assure that performing this step before roasting the bread leaves a stronger taste to the slices.

When serving, the desired ingredients are added to them, they are usually used, as we said, vegetables, cold cuts.  They can also be fish, cheeses, among others.   All according to the taste of the diners and to the occasion.

It's not all wine