Home Gastronomy Sidecar: a cocktail over a hundred years

In the universe of drinks, we have this classic and exquisite cocktail on the palate. But how do we do to successfully prepare it guaranteed? 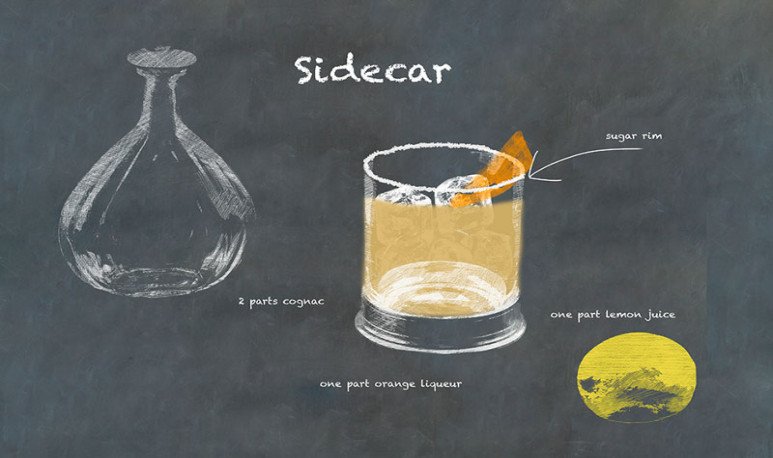 Since perfection doesn't exist, let's tell you about   a   recipe   that is the perfect   . The   Sidecar   is it a   cocktail   Simple brewing smoothie that will depend on the quality of the ingredients. Although our desire to play with the shaker are also indispensable.   The base of its ricura is cognac, a brandy of grape of French origin, in turn, add Triple Sec and lemon juice, preferably squeezed   . The result of this equation gives us a bridge between acidic and sweet, with intense aroma. Also, it is not necessary to remember that because of its properties it is defined as an aperitif. So it is advisable to consume it before a meal or dinner.

At the time of preparing the   drink   do exist   some tricks   which could make the experience even more satisfying. For example, if there is any sweet tooth in the room, it is possible to sweeten the   drink   to taste it better. To do this, you just need to wet the edge of the glass with the lemon and then add sugar. Another secret is that the glass must be cold before serving the Sidecar to get the right temperature. So, we make sure it's cold but not ice cream. And let's not forget that it is presented in a Martini-type glass, which we can decorate or not. But if we choose the first option, it is advisable to add a spiral cut lemon or orange peel 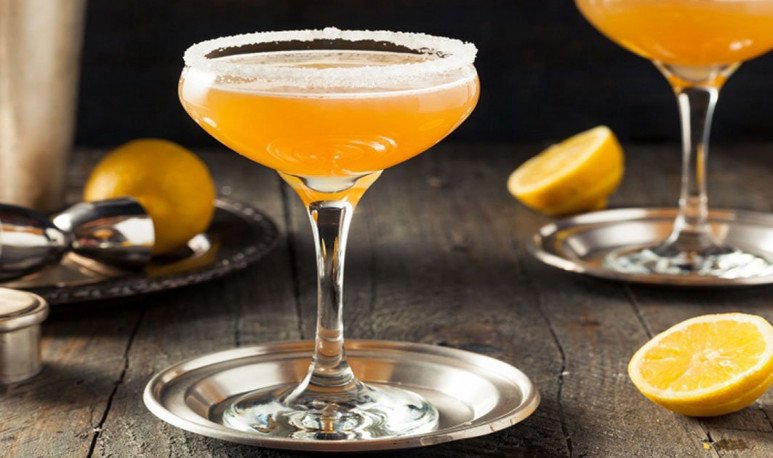 A Chosen by Hemingway

About the origin of the cocktail has been much debated, but popular belief places it in Paris, during the First World War.   This idea was generated as a result of The fine art of mixing drinks, David A. Embury's work published in 1948. There, the author awarded the invention to a captain of the US army who was in the French capital at that time   . Theoretically, the drink was named after the sidecar motorcycle in which the military went and came from a cafe. That place was called Harry's Bar and that's where the recipe would have been created.

The book's account continues to state that the ingredients were first mixed by a request from the captain. He wanted a cocktail to drink before dinner and to help him lower the cold. And the French bartender in charge knew that the ideal liquor for that task was brandy. However, he refused to serve it in a traditional way because it was an after-lunch snack. Then, he mixed the brandy with the Cointreau that added his taste to orange, and added lemon juice. This combination gave him the necessary to adapt to the order. It should be noted that the drink became famous in England and France, where writers like Ernest Hemingway sat down to enjoy it.

Ingredients for a perfect Sidecar

Drinks: Thinking what to drink?

Gina: the Neuquino gin chosen as the best in the world