Home Gastronomy The 10th edition of the "Pedestrian of Wine" is held in the city of Mendoza.

The 10th edition of the "Pedestrian of Wine" is held in the city of Mendoza.

A different option to enjoy in Mendoza. 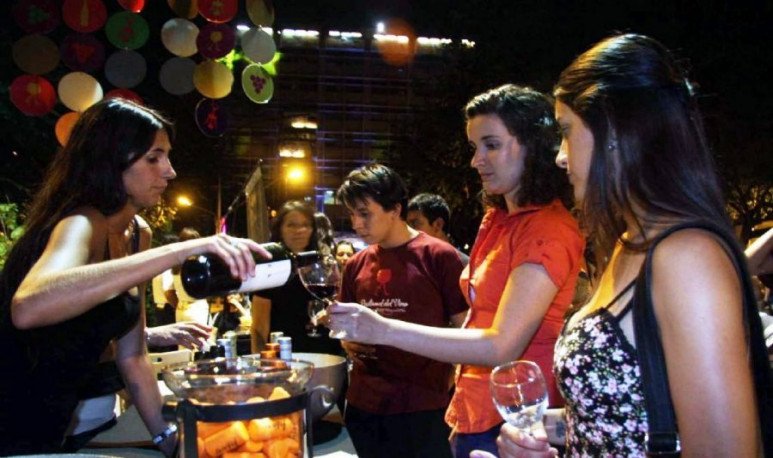 The City of Mendoza will carry out the tenth edition of the only Pedestrian of Wine of the Argentine Republic, scheduled for next Friday and Saturday, from 19 hours, in the new Civic Park (ex-Fifth Agronomy).
A new edition of the multiespacio enológico, cultural and recreational outdoors of the International Capital of the Wine, where the host star is the drink emblem of the mendocinos and of all the Argentina: the Wine, moving of where it was done habitually in the previous editions: the street Vigen del Valle, a cut of a block in front of the Municipality and the National Institute of Vitivinicultura.
There will be more than 200 labels of wines, gastronomy, music, games, shows and many surprises designed for all attendees to raise their glasses and celebrate the moments lived in the year, and entry to the event is free, although to access the wine tasting there are available coupons.
Rodolfo Suarez, Mayor of the City of Mendoza, said: "We offer a meeting space that brings neighbors and tourists closer to our national drink and that, like wine, is already an inseparable part of all Mendocinos. It is also a tribute to the winemakers in the place where the great history of wine in Mendoza began to be told, the current Civic Park, formerly Quinta Agronómica. We invite you to toast together to the good wishes for 2019".
The Pedestrian of Wine was born as an event outside of the tourist and vintage calendar, from a novel approach: in a city that receives tourists from all over the country and the world, the culture generated around the national drink must have the neighbors of the International Capital of Wine as the hosts in charge of spreading it.
For this reason, since its first edition -April 2013-, it has been recreated by reuniting the neighbors with the Mendoza wine makers in a different public stage in the City of Mendoza with free access. In its successive editions, this event grew enormously in the number of participants and became a reference for wine in Mendoza.
Recharged and brilliant, this edition will be swept away by the exclusive selection of high level wines made by the Fondo Vitivinícola, which will offer the public, artists, gastronomy, music and bring together people from all over the province and from all over the world.
In addition, all those who participate in the meeting are invited to share their experiences through social networks with the hashtag #PeatonalDelVino.
There will be wine islands: Reds, Whites, Sparkling, Innovative and Blends with more than 200 selected labels; and the gastronomy will offer sushi, vegetarian, grilled, and traditional dishes. There will be more than 50 artists on stage, jugglers, zanquists, living statues, dancers, giant bubbles, magicians, drag queens, tannins, "soft square" (for boys and girls), a decorative lighting, photocabins.
One of the guest artists is Zorrito Von Quintiero, musician and cook, who has been a member of Suéter (1984 and 1985), former keyboardist of Soda Stereo (1985 and 1987) and member of numerous national bands of Argentine rock, sharing the stage with two historical references of Argentine music: Charly García and Gustavo Cerati.
Another novelty of this edition of the Wine Pedestrian is that the audiovisual will have great protagonism with a digital art intervention in mapping format, which will accompany the music during the two nights.

They won't be my grandmother's, but they're great.

What is the ideal glass for champagne?

How to avoid boiling water

5 types of onion: what is each good for