Simple and sweet, as refreshing and entertaining. Yeah, the screwdriver is a drink with all those features. But where did he come from? 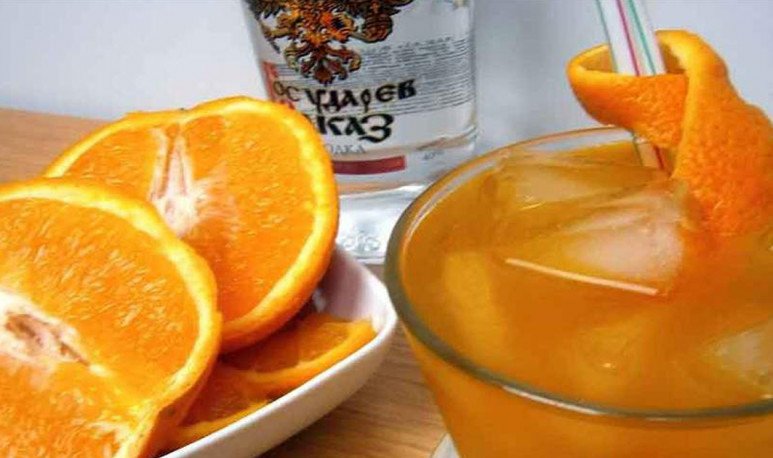 Versions about its origin there are several, so let's start little by little . One of the  best-known stories  about  the screwdriver  comes from the American soldiers of World War II. It is said that to slow his days in the field of fire, they gave him an incentive to his orange juice by adding vodka to it. However, it is not the best story to tell grandchildren, much less to appeal to national sentiment. What is undoubted is that many of us started our experience in the shaker world thanks to him. This can be attributed to the fact that the sweetness of the juice gives it the secret touch.

Keep the rumors coming because  we tell you the second one here . Also, it is argued that the emergence of the screwdriver is due to oil workers in the Persian Gulf in the middle of the 20th century. The scenario was as follows: they worked many hours during the day performing quite dangerous tasks. So when they wanted to stick a break, they had a mixture of orange juice and vodka. Because they didn't have many cooking instruments, they grabbed what they had at hand to shake the  drink . And you don't know what? , the tool they came up with was a screwdriver as a stirrer.  A prize for witty .

Since there are no two without three, this is  the last story circulating, which has quite a lot of adherence among people . During 1920 to 1933, in the United States a lot of poor-quality alcohol was produced and sold, without any regulation. So, to disguise his taste, the waiters began to mix it with fruit juice and other  drinks . So because it was forbidden, people used the term screwdriver as a keyword. That way, federal agents were fooled.

The  first reference  to be found about the  cocktail  was on  October 24, 1949 in Time magazine  . In the text, they set the stage to a light-lit bar at the elegant Park Hotel. They also reported that Turkish intelligence agents were mixed between US engineers and Balkan refugees. They did, according to them, drinking a Yankee brew made of vodka and orange juice, called a screwdriver. Which makes it clear that it would have been invented in the mid-1940s. Although there is no official report supporting all the information because, well, it's a  drink , not a military mission.  In addition, let's better leave him his hint of mystery and let everyone decide the best version .

Place 2 or 3 ice cubes in a long glass. Add the 2 ounces of vodka, but don't worry if you don't have a meter nearby. You can incorporate 3 parts of this liquor taking into account the size of the glass. Then add orange juice, stir it and fill it with a slice of orange to decorate the glass. Finally, a useful tip: if you want the cocktail to be as exquisite as possible, the best thing is to opt for quality vodka. The same with orange juice, it will always be better to be squeezed out.

It's not all wine