Home Gastronomy Reviewing Chaco gastronomy: two recipes that can not miss on your table

The different immigratory currents enriched the Chaco cuisine, where its inhabitants and tourists have a variety of typical dishes from this region. 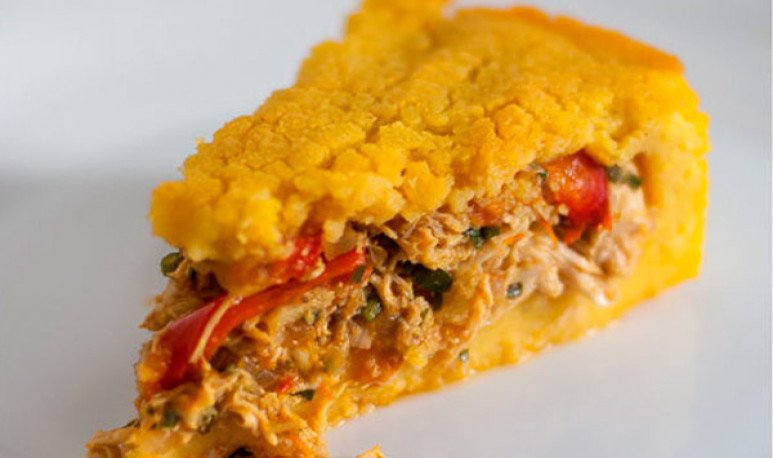 The province of  Chaco  is divided into three regions according to the type of immigration. The three poles that compose it are the river or coastline, which is the part close to  Paraná ; the central area of the province influenced by European immigration; and the part of Mount Impenetrable. These three areas shed various ingredients and condiments into the Chaco gastronomy, giving the  region 's own identity.

In the  coastal area, families prepare dishes with a variety of fish.The most chosen are: surubí, pacu, dorado, shad, catfish, vogue and other farmed fish, such as tilapia and African catfish. Riojanos eat roast, baked, fried, pizza, or in empanadas and fritters, accompanied with salads based on seasonal vegetables. A variety of cornmeal dishes are prepared.For example, in this area they usually prepare the kibebe.It is a grated squash polenta that carries onions, cheese, peppers and, when milk is added, this polenta is taking body.

If we take into account the central zone, here farms and  vegetable production abound, that is why in households they usually prepare meals where vegetables are always present.

As for the part of the Impenetrable, its inhabitants consume kid, pork, lamb and elaborations with carob flour. This flour gained prominence in recent years in the south, where all smoked seasonings used are made on the basis of this flour.

Among the wide variety of typical foods that  chaco have, cassava is also very consumed, whether salty or sweet. In this province, this food is also known as cassava, casava or casabe, and is very rich in carbohydrates and sugar. It should be clarified that there are two kinds that we can distinguish by their color, since one is white and the other yellow. On the other hand, cassava flour is used in Chaco pastries, and also for the preparation of classic chipá.

Of course we can not fail to name as typical Chaco food the creole polenta and the braided chicharrón, which, then, we will tell you how you can prepare it with your family.

In a saucepan place a little oil.Once it is hot we put the chopped onion. Then we sautter well with chopped garlic, parsley and salt (to taste). Then we will add hot water and let it cook for 5 minutes.

On the other hand, we prepare the yellow corn flour, put cold water to it so that lumps are not assembled when we put it on the fire. Once we have already placed the flour in the saucepan, we begin to stir constantly and add the homemade pircado cheese, and turn off the fire once the flour is cooked. In this instance, it remains only to let stand for a few minutes and eat!

We cut along the pulp of the chest, tie on a tip and braid. In each braid should go a strip with grain or breast fat. Then we put lemon and salt on it, and let rest for about an hour.

Once this time has passed, we put a pot on the fire, put on it a cup of water and a ¼ kg of fine fat. We allow the braid to cook until golden brown, also until all the water and grease have dried.

Finally, we take out the braid and let it cool, and we have ready our chicharrón braid.