In the world of desserts, tiramisu can be crowned as king. Copy yourself with this version of Paulina Cuisine and immerse yourself in the sweetness. 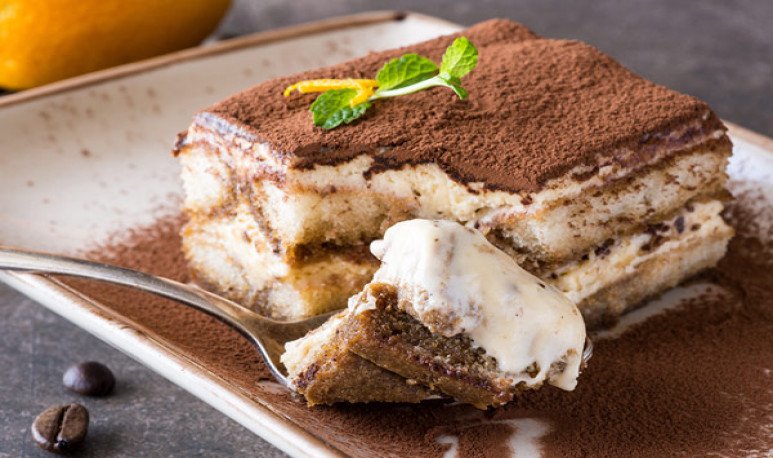 In Argentina  we do not deny our tana roots , much less when it comes to gastronomy. And  tiramisu  is an  acclaimed delicacy    whose fame became international. Vanillas,  cream , cocoa, chocolate and layers, many layers. Its background is so old that it is already impossible to elucidate the original recipe. In fact, the dish was hung through hundreds of generations and family customs, with various variations in its ingredients and elaboration. Although we don't know exactly where and when it was created, we have three stories to tell you that explain it.  Andiamo?

During the 17th century, the  Grand Duke of Tuscany, Cosimo III de Medici , visited the city of Siena, Italy. As it was known in advance about their sweet tooth tastes, they decided to prepare a  dessert  in their honor. This was called “Zuppa inglese”, “Zuppa del duca” or “Sopa del Duque”. The point was that he freaked him so crazy that he took the recipe on his return to the court in Florence, where he popularized it. Also,  sweet  came to other Italian cities such as Treviso and Venice, to become the preferred one by the courtiers. They attributed him aphrodisiac properties and used to eat it before a loving encounter.

The Secret of Brothels

The  second version  about the beginnings of tiramisu is located in  the brothels  of the Italian region of Veneto. There, dessert was served to customers after their sessions. As long as the goal was to get their strength back and spend more money. It is said that at first it was made exclusively with scrambled egg yolks and sugar. The mixture was served in glass cups with a spoon, resembling a custard. Then, cookies, mascarpone and coffee were added. However, everything came to an end when in 1958 the Italian government closed these spaces.

The most replicated story

The  third story  about tiramisu is starring  a confectioner named Roberto Linguanotto  and is the one that has the most accessions. The man worked in the restaurant “Alle Beccherie”, whose property belonged to a woman named Ada Campeol. She was the one who asked her to make a new sweet based on a family preparation. In this regard, Ada was in the breastfeeding period of her son and her mother-in-law used to give her coffee, eggs and biscuits to replenish energy. With these three ingredients he came up with creating the dessert and asked for help from the worker who provided the remaining details.

Ingredients for a medium source