Home Gastronomy Quinoa, the food that can not be missing in your kitchen

Quinoa is a fashionable superfood that provides a lot of properties and health benefits. We tell you what they are and how to cook it. 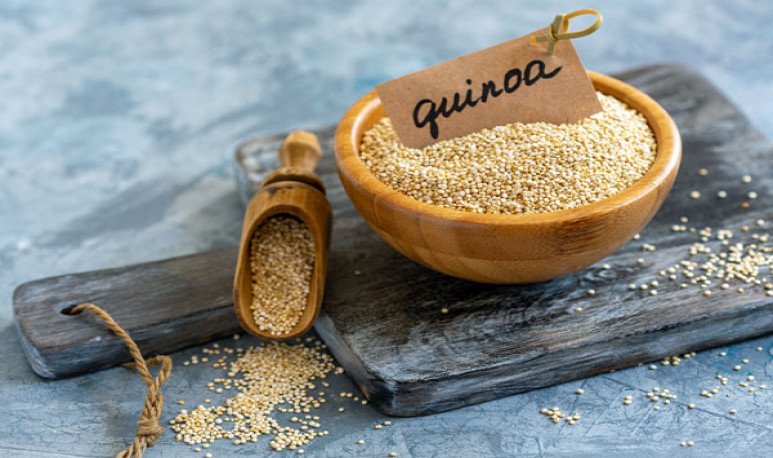 Quinoa  is a very popular food in recent times due to its multiple benefits and properties . It is currently considered a superfood and is produced throughout the Andes mountain range, hence its typical consumption is in the  provinces of northern Argentina , such as Jujuy and Salta.

Its intake can be very helpful for those who have diabetes or simply for those who do not want to consume large amounts of carbohydrates. This seed contains a  high percentage of fiber  and provides an important  protein value  when it comes to carrying out any type of diet.In addition, it is ideal  to purify the body  and generates a feeling of satiety, that is, feeling full longer and thus avoid eating between meals.

This pseudocereal has a composition rich in vitamins and mirals, which makes it one of the healthiest  meals  .Its main producers are the countries of Bolivia, Peru and Ecuador. In 2013, the  Food and Agriculture Organization of the United Nations (FAO)  declared the year of quinoa to boost its consumption.

Its popularity grew over the years, which produced a strong demand worldwide, being even required by athletes or elite athletes due to its strong contribution of natural energy. This superfood brings great benefits to aesthetic care improving muscles and helping to reduce sagging. In addition, it strengthens punished hair and prevents cellulite and stretch marks.

Breakfast ideas to start incorporating it into your diet

Although we only mentioned some of the multiple advantages of quinoa, the list continues. So, if you haven't already incorporated this food into your diet, we show you two ways to eat it at  breakfast  to start the day full or full of energy.

What many people do not know is that quinoa has a  bitter layer called soponin, so it should be soaked the night before the day it is cooked or rinsed well to remove the taste.Otherwise, the result of our dish can be very different from what we expect. Another recommendation is that, to cook it well, the ideal is to add for each cup of quinoa two of water and thus prevent it from overcooked and get a somewhat watery texture.

Quinoa with green apple and cinnamon

Quinoa should be boiled for about 15 minutes, and then removed from heat and let it cool for 10 minutes. On the other hand, the apple is peeled and cut into cubes while, in a bowl, milk is placed (preferably vegetable if it is in a caloric deficit plan).

Together with milk should be placed cinnamon and organic honey, and mixed until all the ingredients are integrated. Finally, add the apple cut into cubes along with the quinoa and left in the refrigerator for at least two hours or overnight. Ready! To enjoy.

Place quinoa with milk, vanilla in a pot, melt lemon and orange, and cook on low heat until boiling and liquid is absorbed. To prevent sticking or lumps, it is very important to stir the preparation for 15 minutes, and thus a creamy texture will be obtained.

The preparation is removed from the fire, allowed to cool and placed in a bowl along with the chosen fruits, which can be from banana to nuts. Those who want something more energetic can add granola and a little honey.