Home Gastronomy Put cinnamon and sugar on mine.

Put cinnamon and sugar on mine.

Pie de papas is a classic Argentine dish. Each region has its special seasoning. Cinnamon and sugar make it a Mendoza tradition. 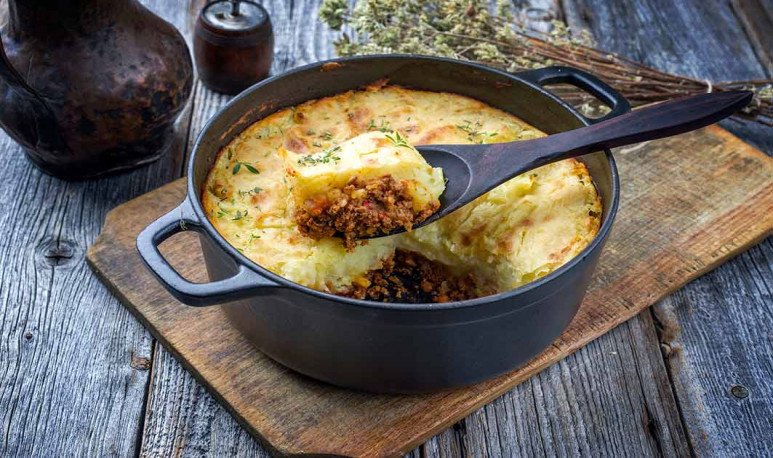 It should be one of the most common answers to the question : “What is your favorite food?”.It's just that, as Argentines, we know it's a succulent, rich and filling dish .  In the routine schedule of meals served daily at the tables of our country, the potato cake should be repeated at least once a week.  It is tasty, delicious and, better yet, if you sprinkle it with a little cinnamon and sugar.

But here we are not to talk about the recipe or the ingredients. If you entered this note for that,  here I link you  to what you were looking for. Because the objective of this article is to tell you  what are the traditional elements that are never missing in the tables of Mendoza to accompany this dish.

The origin or who was the risky one who poured, for the first time, cinnamon and sugar on the potato cake is not known. It is true that the subject is crashing . It is somewhat inadmissible for those who hate   bittersweet taste .Nor do those who have already ventured into the subject and are encouraged to cheese with maraschino cherries or Waldorf salad .  It's just, putting cinnamon and sugar in the mashed potatoes, which downstairs has meat minced and onions, it's true, it doesn't sound very tempting.

But  the point is, you have to be Mendoza to understand it . It's not about whether one is more or less open to try new flavors. Or if we have a more or less fine palate. It's a matter of origin. If you're a Mendoza, you can put the cinnamon and sugar on the potato pie.  Because it's a classic. Because it is assumed that, if in any house you are cooking that dish, at the time of serving it, between the drink and napkins, cinnamon and sugar will appear .

And, in some cases, it is practiced exaggerated. Some replenish a load of cinnamon and a load of sugar when you have consumed half of the dish.  Others, addicted to these seasonings, directly sprinkle each of the bites, before bringing them to the mouth.

You know, don't be surprised. If you are invited to lunch at some Mendoza home and you see that cinnamon and sugar are on the table, it is not for  mate  or dessert, it is because a delicious potato cake is coming.