To what? We tell you a traditional recipe from Peru, which conquered the hearts of the Cordoba people. Potatoes a la Huancayna, a delicacy almost Cordoba. 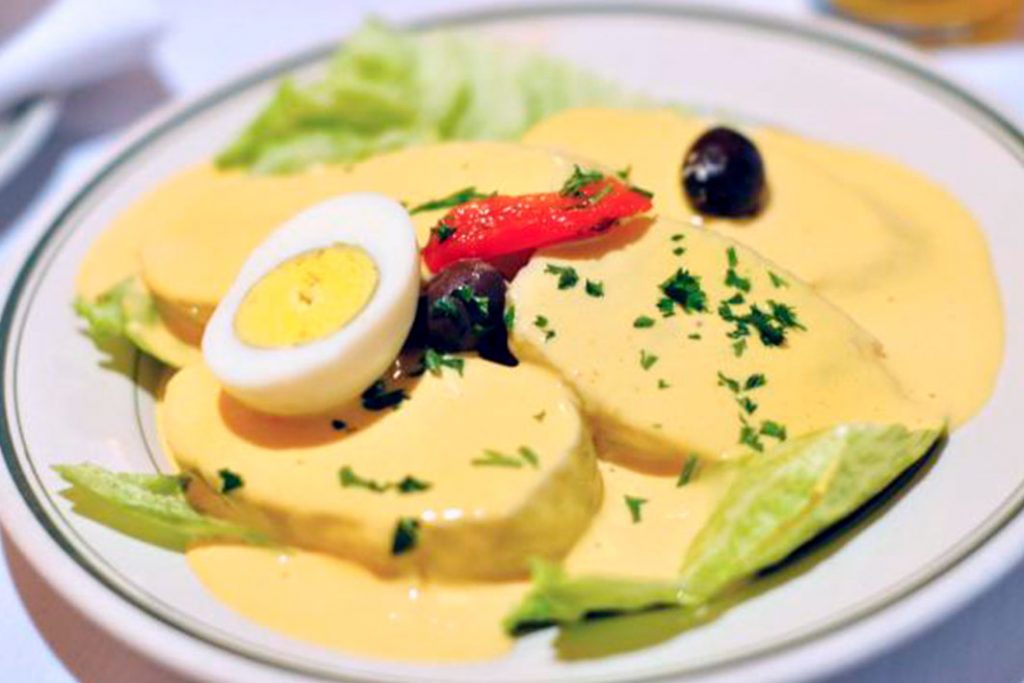 People come to Córdoba from Peru, Bolivia, Chile and all over the world. In this multiculturalcontext, Cordobes take advantage of and make a selection of the richest recipes that conquer our hearts.In this case it is about the potatoes a la Huancayna , a traditional dish of Peru, which became popular in the neighborhoods of Cordoba .

This recipe is approached by the group Cuentos en Boca, which decided to tour the neighborhoods of Córdoba and collect the most delicious recipes. This delicacy comes from a neighborhood that is on the way to Capilla de los Remedios.There, the communities keep their cooking secrets as a treasure . We share them.

The original recipe for huancaynas or huancaine potatoes is cooked in a saucepan on hot stones.However , the adaptation “to the Cordoba”, which takes place in the cities, is a little simpler.

*For the preparation it is important to note that the chili pepper must be pre-boiled and free of seeds.If you use peppers, they can be yellow, green or red .

Extra tip: If you want, you can add nuts or onions to the sauce. They give it a special touch .

Step by step for potatoes:

Aesthetic tip: If you have guests, put lettuce on the plate and pour the potatoes on top. It's super quarrier!

This recipe has its origin in the city of Huancayo, Peru.That's why his name . However, in Córdoba we appropriated this kind of delicious mayonnaise and added it to the daily menu. Also, in the bars are found as “papas bravas” or other denominations. Can be used as a starter or as a main course.Also as a side dish to a good meat or a roast .

For a thousand recipes

The sauce for this super special recipe is also used in other dishes. It can accompany other meals, as it is a kind of mayonnaise. It goes with noodles, rice, egg or choclo. Send this sauce to whatever you like: I assure you it will look good.

Omelette of potatoes “A la Española”

Meatballs to the disk with potatoes

Let it be blood.

Banana pudding with an Argentine touch