Home Gastronomy Pichin: the largest of all time

Pichin: the largest of all time

September 1 is the day Pichín was born. The biggest bartender in our history. There may be better. But no one will be able to match his life. 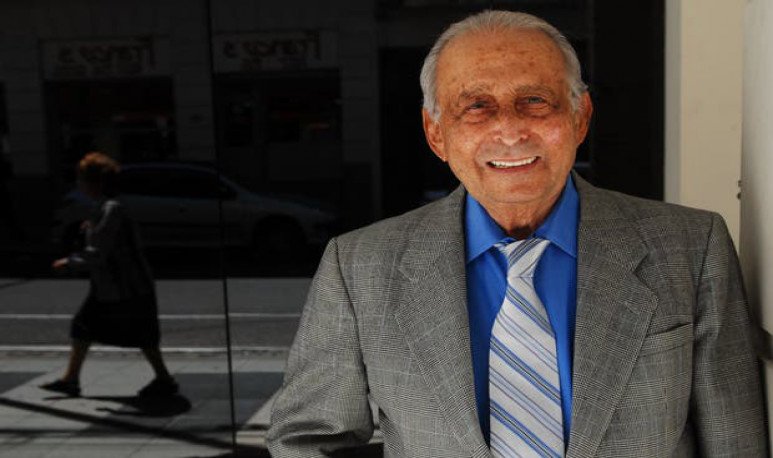 Today hundreds of bartenders, or bartenders, as they like to be called now, shine on the country's bars with their creations. There is a profuse and very good generation. The most emblematic is perhaps our star columnist   Tato Giovannoni  . But as in everything, there was a forerunner. One that inspired them all. The first to be a star. That was Pichin.  Santiago Policastro .

Pichín had a life as a novel. Really. Because he was a big one. From the bar and the life. It all started in a  Havanna  in  Mar del Plata  . Back in the '30s. I'd have ventipico for years. He was encouraged to start making drinks, beyond coffee. He came out barbarians. And without learning from anyone. Pichin was a self-taught. Achievements were not long in coming.

He had three bars at once. He was the bartender who made drinks for celebrities. He even performed at the beginning of the tevé at “Casino Phillips”. And in the film “Nightlife”, with Santiago Gómez Cou,  Tato Bores , Marrone, Olinda Bozán. Worried that there was no Argentine cocktail, he created the “Clarito”. A local version of dry martini. That was recently put into value by bartender Federico Cuco, with his crusade “Save the Clarito”. He proposes to recreate it in every bar in the country every 1 September. Pichín's birthday day.

But Clarito was not his ultimate creation. That was “The Duck.” I drink in honor of our national sport and the country. With the one he won “The Bear of Bern.” Something like the bartenders world cup.

Policastro was known as “The gallant barman”, for the cult of good education and cordiality he did behind the bar. He was a guy born for public relations; indispensable quality of the great bartender. So much so that at a fair organized by the Argentine government in London he was wrapped in a legend. It was the '40s. Relations between the government of  Perón  and the USSR were not going well. At that fair, Pichin approached the Russians' stand and invited them to ours. There he prepared them a special drink. Red. Decorated with a sickle and a hammer. Legend says it was the key for Stalin to receive the Argentine ambassador and start trade between the two countries.

He walked his art for public relations all over the world. Perón came to put a boat at his disposal to carry our products everywhere. He had arrived, with great success, to the United States, when the government of Perón fell in '55. And there's the usual thing: erase what the previous one did, even if it was good. Pichin had to exile in the US because they believed him Peronist...

It started again. Until on a trip he met a Venezuelan Rum businessman. That convinced him to move to the Caribbean and work for him. And Pichin started again. He started as a commission seller and came to CEO of Ron Pampero. Until an earthquake almost killed him; then he went to Miami. From there, he took the Pampero to the whole world.

He wrote a book (“Magic Drinks”) and the bartender's decalgus. He founded the Barmen Association of Argentina and its similar from almost all of Latin America. He joined the International Bartenders Assotation. He's at Bartender Hall of Fame at Bartender Magazine.

Pichín had a life as a novel. He died at 98, with a thousand projects ahead. He was humble, positive, conciliatory, wise. Luckily, they got to recognize him here, on the land he never forgot. It was in 2003 and was named the Bartender of the century. With justice. It was the greatest of all time.

Fermentation, a trend that treads hard

I tell you it's a detox, so fashionable word!