Qiu was born in Taiwan, but emigrated to China from a very young boy, where he met his wife, and is now installed in the Chubutense village of Rada Tilly. 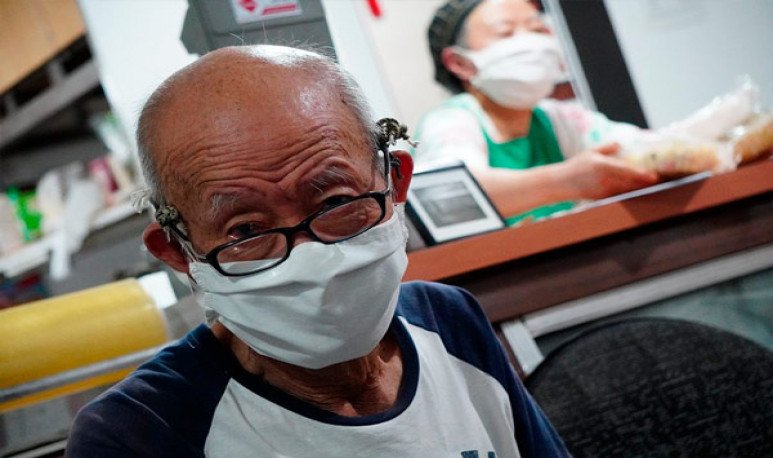 The stories of foreign people but who have long been settled in various cities of the country are vast and numerous. One of these is between   Comodoro Rivadavia  and Rada Tilly , both localities on the southeastern border of the province of    Chubut   with  Santa Cruz   .  Qiu, his wife Xu Ren Ying and a story that represents an advance to what will be one of the most demanded, known and enjoyed meals: oriental food.

Qiu and his wife have their rotiseria in the seaside resort of Rada Tilly, just three blocks from the sea, on Coronel Francisco Segui avenue:  “Os Shanghai - Tokyo” is a trade with great recommendations, of people from the urban agglomerate, but also of tourists  who summer or walk around . The treatment is very personal, so it also provides an approach to the gastronomic culture, along with the decorations of the premises itself: flags, typical oriental ornaments. 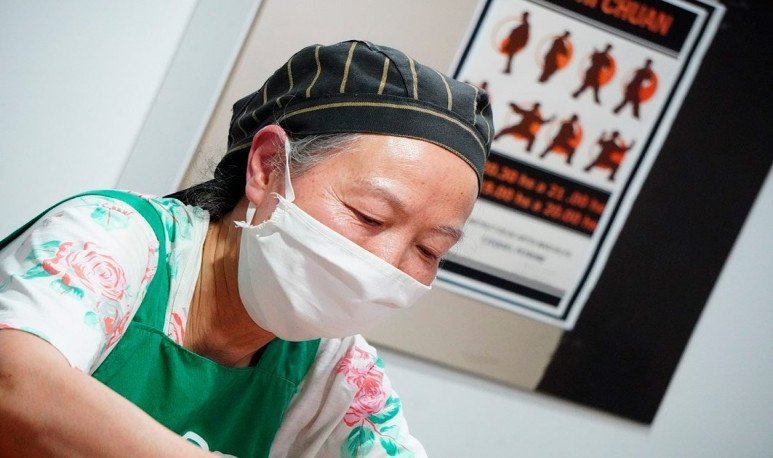 From steamed Chinese bread, chop suey, Chau Mein, gyoza, to Yo Tofu with Kombu Seaweed and many other exotic dishes that invite you to delve into the oriental culture. Now he is more responsible for the recipe which is carried out once a week as he carries too much work and age also does not allow him too much: he is 83 years old and has 14 in business. He claims that he was one of the first to sell sushi there: it is that oriental food has had its boom in recent years but in the early 2000s, it was somewhat unthinkable and that it was not so widespread either.

In addition Qiu walks 6 kilometers every day: about three hours of walking in the wind, its slow passage, with a cane and a style of goggles to protect your eyes from the various climates, more than anything from the wind. Radatilenses have seen it more than once: perhaps more than one will find out about its history until they read these lines, but have seen it countless times.

Qiu was born in Taiwan but emigrated to China from a young age, where he met his wife Xun, when he was already 50 years old. In 1987 he moved from the Asian giant: he came to Argentina, specifically to  Buenos Aires , where his brother lived: first he moved alone and then came his family, which now included her little daughter of 3 years and who is currently known in the electro punk music field: Haien Qiu, current singer of Addicta.

After settling for three years there, they moved to  Santa Cruz , more specifically to   Puerto Deseado  , where he worked in a fishmonger shop for more 5 years old. Finally they would reach Chubutense lands, first to the oil capital and then, where they are in the present, where at the beginning he sold sweet peanuts and bean sprouts. For 14 years they provide and share Oriental culture through gastronomy.

With every client who enters, there is personal treatment, as if he was known for a lifetime: with the invitation of a bite and everything, so that he then returns for more and more ricures, supported and armed not only with love but also with real knowledge of culture.

Qiu and Xun are part of the daily life of Rada Tilly, that town that does not exceed ten thousand inhabitants and where they saw the opportunity to tell their story in a rich, respectful and collective way. Each order is not only part of the family's economic circuit, but a claim and visibility of a meal that contains flavor, history and culture that is increasingly transmitted among the palates of various people.