In Lago Puelo, in 2011, La Alazana was born, the first single malt whiskey in Argentina. 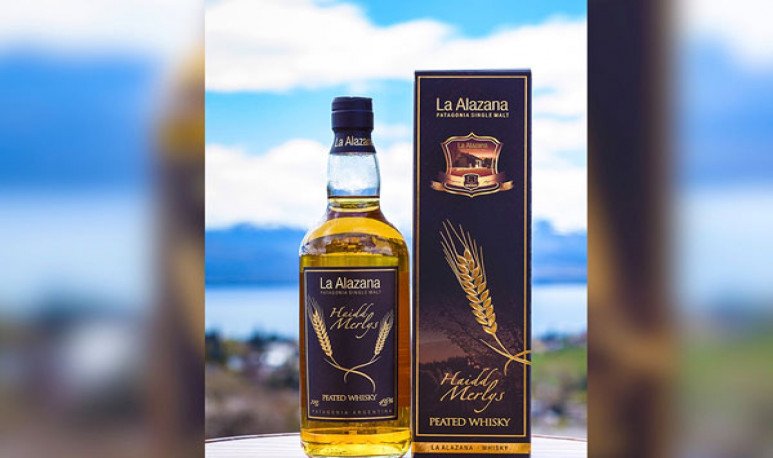 In Las Golondrinas, in  Lago Puelo ,  Chubut province, was born in 2011 the first Argentine single malt  whiskey  .  The initiative was on the part of the Serenelli family — Néstor y Lila — who created  La Alazana  , the first distillery of this type of drink in the country.

It is a unique product, which has the title of being a pioneer in the cultivation of barley varieties exclusive for whiskey to have. In addition, a drink of this type  100 percent Patagonian , since they also produce the barley drink imported from Scotland.

The distillery project is not a simple push or a “get the desire” on the part of entrepreneurs, but both were trained to make the offer of quality and traveled to Scotland to train. Lila Serenelli, meanwhile, did a Science of Production and Distillation at Heriot-Watt University, the eighth oldest university in the UK, located in Edinburgh.

Returning to our land, everything that surrounds the distillery makes the product unique.

The Patagonian forest and its landscapes, the water used, which comes from the mountain melting is of unparalleled purity and the microclimate of the valley of Cerro  Piltriquitró n , in  El Bolson , Río Negro, which ensures a long and smooth ripening add value to the product of La Alazana.

The pioneers of Patagonian whisky say that the double distillation process is carried out in copper stills of own design and construction, while it is matured in special barrels of American and French oak: ex-bourbon, sherry, cognac and wine.

In addition to gaining popularity in our country not only for being the pioneers of single malt whiskey, but also for its quality, La Alazana has gained international recognition.

Currently, the plant has the capacity to produce a little over a hundred barrels per year  and, the goal is to sell whiskey with no less than 8 years of ageing, as far as possible 10.

But then, wasn't there any whiskey produced in Argentina before?

Yes, there are other Argentine whiskeys, but Alazana's is a  single malt  and that's the added value that made it the first of that variety. Most of the whiskeys produced in the country are " blends ”.

What does this mean? Blend is made by mixing various distillates and are typically a mixture of malt and grains such as wheat or corn. The single malt, meanwhile, is made only from malt and is distilled by a single producer in one place, and that is the distinctive feature of the product made in Chubut.

The Serenelli, in addition to being the first to have created a single malt distillery in Argentina, led other producers to promote similar ventures.

One such case is Carlos Mignone, from Luján, who in 2015, after meeting Néstor Serenelli, kicked off  EM&C , which launched its first edition in October last year with a whiskey aged for three years. The plans of this entrepreneur is to move the distillery to Patagonia, more precisely to  Bariloche .

Less than 20 kilometers from there, in Dina Huapi,  Madoc was born, a single malt whiskey in honor of the Welsh Prince who — they say — arrived in North America more than 300 years before Christopher Columbus did, in an expedition; n across the Atlantic Ocean. Madoc's beginnings also date back to 2015 and, in 2018, he won a silver medal at the San Francisco World Spirits Competition, an American “spirits” competition.