Home Gastronomy Nobody mess with our reviro

The missionaries know how to defend their own and get into the ring with Paraguay to establish where the reviro comes from. 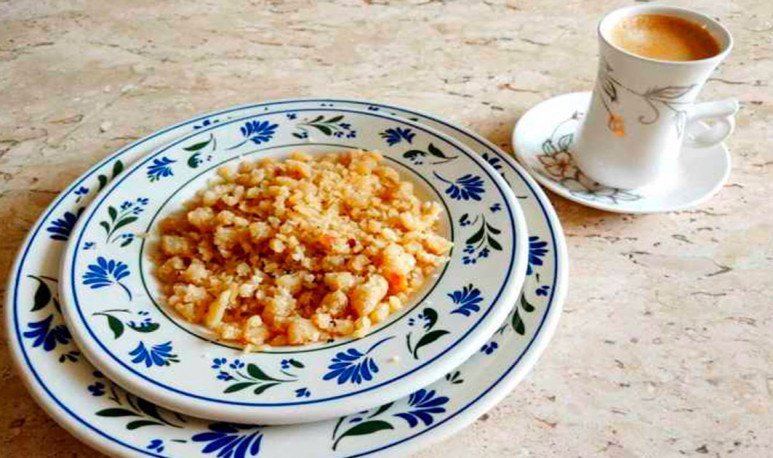 Flour, water and salt are the secret ingredients to see a good dish of  reviro be born. The controversy lies in the seasoning of the country in which it is going to be done. It's just that, on one side of the ring, we have the team from the province of  Misiones  and, on the other, Paraguay. However, the reality is that a large border area with Brazil and other regions of northeastern Argentina award this  recipe  as their own.

Every good missionary knew the taste of this  food  during his  childhood , perhaps before learning to speak. Its consumption is varied and for all tastes. It can be the replacement of bread in the mornings, half-mornings, or, at lunches. Also, you should choose between sweet or salty options, although the latter is the best known. On its texture, it is a fried mass crumbled into small tostones. And what about its  taste ? It resembles a  churro  or Moroccan donuts!

As for its  origin , theories about it are varied. The first narrates that it is an adaptation of a Spanish preparation from the Galicia area, called enfariñadas, faragullos or migados. The second says that it arose out of necessity at the time of the mensus, that they were rural workers who were paid monthly. As the pay was low and food was scarce, the only ingredients at hand were flour and fat. So, they decided to mix them in a pot and the result seemed to them a caloric product that helped them in their arduous days.

And finally, we have the story of a mother afflicted for not being able to feed her children. Legend has it that she cried while stirring flour in the fire and her tears contributed to the formation of a  dough .

Ingredients (we always have these)

More than a meal, a symbol

Candelaria  is a department of Misiones that pays tribute  to the reviro, nothing more and nothing less than with a contest. There, the  community , who does not necessarily have to be kitchen professionals, is invited to participate preparing their own version. Those who have competed unanimously agree that their motivation to do so was the emotional burden surrounding the recipe.

It is that, for the vast majority, its elaboration is marked by dyes of  identity  and  nostalgia  for childhood. It is part of their story, where they come from and they are interested in continuing to transmit it. Fortunately,  cultural practices  are to be resigned and reworked. This is no sign that the dish is better in missionary or Paraguayan lands. They're different. Each subject will put their mark and contribute a grain of sand to the gastronomy and rituals of their  native place .

The culinary universe of Santa Fe