The Mapuche descendant and son of Rubén Patagonia, Jeremias Chauque, has an agroecological project in Santa Fe. There, serve this delicious soda. 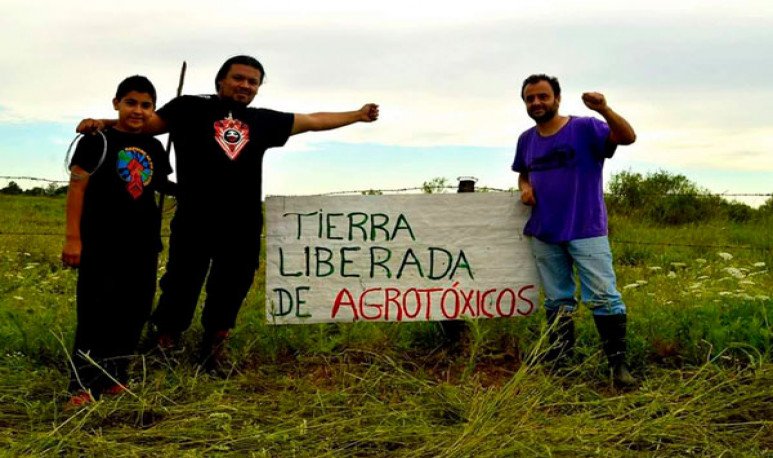 La Feria Campesina Desvío la Raíz is a group of farmers that rescues  organic  and regenerative ancestral agriculture. They do it in Detour Arijon, Santa Fe. They are in  an area where monocultures, such as soy and strawberry, are a risk to the environment , health and local culture, as they generate great pollution.

This collective has been working since 2009 resisting the agribusiness model and rescuing a sustainable family farming model. Today the group has several local peasant families who grow ecologically. Its products are distributed weekly in the city of Santa Fe . The collective also supports the creation of other agroecological fairs in the region . Its consumer network guarantees monetary support to the farmers who made a transition: they were farmers employed in agribusiness, and they became agroecological producers, self-employed, rescuing a healthier and more ancestral way of living.

Its driver is Jeremias Chauque, a descendant of Mapuche and son of  Ruben Patagonia . He always tells that, living in Santa Fe, he can't stop reliving his ancestral Patagonian culture, and he usually prepares Muday. It is a refreshing drink, of religious tradition, that the Mapuche offer in their sacred nguilltuna. They included it in burials, to which  they can drink without alcohol, or fermented, with low alcohol content, as beer is made .

Wheat Muday: If it is prepared as a fresh, non-alcoholic juice, especially for summers, it is like carob añapa.  If fermented, it becomes like the chicha of the northwest, suitable for these winters ice creams.

Wheat is washed with cold water  and cooked in water covering the grains for an hour. Then strain the cooked wheat and grind in the mill or in stone or wooden mortar, wet or with little water . In the past, women chewed it.

It is allowed to stand until the other day, and  served cold in glasses to enjoy as do the Mapuche , and currently the Patagonians in general. The grains left on the bottom of the container are not removed, and the color is yellowish, or brownish,  very tasty and nutritious.

One detail: the Muday of the Pewén or Pehuén pinion is also made in Patagonia, considered the  mountain manna . It is the edible seed of the whole Araucania, as pointed out by the wise man Hector Alegría, of Chos Malal.