We tell you the story of a young man who fights for healthy eating and launched a Cordovan, vegan and super economic food. A Molé that is not Moli, but it's good Cordovan. 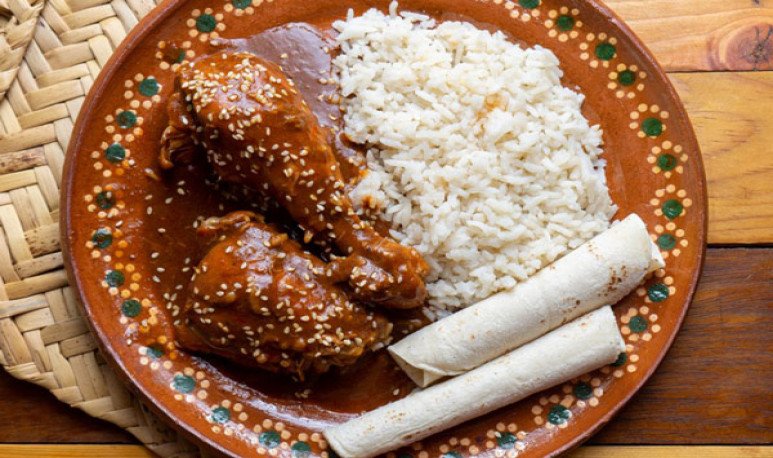 Matías Osman is a Cordovan who innovates and revolutionizes the world of gastronomy providing ideals and new conceptions about food.   This young man created a gastronomic venture called Molé,  with the aim of making a vegan diet and with the commitment to create  a new possibility to eat rich , cheap and healthy.  He is 39 years old, he is from Córdoba Capital  and public accountant, but the paths of life surprised him and led him along the path of vegan militancy  . So he decided to launch a personal project with the aim of transcending and doing something for others.

Osman acquired new perspectives on food in 2013  with a documentary about what happens inside the slaughterhouses. He owned a supermarket where the butcher's shop was a big income, but he felt that that kind of business no longer resonated with his new identity. With his wife Mariana, who ran a fridge,  they began to manufacture products free of animal cruelty.   Little by little, they were leaving aside the dynamics that are supported by animal exploitation. They began a transition to vegetarianism,  eradicating all kinds of meat . Then, already more soaked in the subject, they decided to start  with a vegan diet . That is, they suppressed all kinds of consumption with animal derivatives. Once  they changed their eating habits, they wanted to translate that change on a large scale.

This personal decision had an impact on the environment of Matías and his partner. With this little revolution in their diet, the revolution came in their heads: everything began to revolve around a new diet . So Osman was guided by his impulses and began to work to  contribute his bit to world change.  With one goal in mind, he went through various jobs and projects, seeking to transform the ways of  conceiving food .  “ I was testing, researching and putting into practice,”  he tells the media.

On that way he had a pizzeria, then packed vegetables for  retail.   However, none of that was in tune with  his real goal . Because deep in his being,  he wanted to generate a change of base.   Until his head clicked an unexpected: create a  line of dehydrated products  based on plants.

The germ of entrepreneurship

In 2020, in the midst of a global pandemic, Matthias organized a plan. The idea was to deal with the myth that eating healthy is expensive. He decided to carry out a challenge: he fed for six months on a plant basis and with only 100 pesos per day. In parallel, he was training to run a marathon.The challenge was to break the old social, cultural and economic paradigms around nutrition.       And with this challenge  he came to a conclusion:

“ There is no need for more resources  to feed, what is needed is more education.   Today there are 840 million people who go hungry every day of their lives, in a world that somehow has food so no one goes hungry.  I think that if we change the production and consumption matrix a little, in the short term we will have a lot of news.”

With that line of thought and with the aim of contributing its bit to global change, Matías Osman fulfilled and decided to do it a company.

Undertake for a good diet

Molé is an industry that manufactures a line of plant-based dehydrated products without animal derivatives are created so that people can  eat better, and cheap.

“ There are two myths I was looking to bring down. One is that to be well fed you have to spend a lot of money. And another, that all the preparation of vegan dishes are laborious.   With Molé we came to change with that .”

In addition, from their project they thought about practicality. With most Molé products you just need  a pot, some water and you're ready . In addition,  the sales price is competitive, yields between 3 to 4 servings and is obtained in supermarkets at 120 pesos . These are just some of the factors that make the brand position itself in the market, since today  they are selling 70 thousand units per month  and are present almost throughout the country,  from Salta to Tierra del Fuego.

Today, around 15 people work in Molé.     The plant covers about 1000 square meters between production, warehouse, laboratory and offices.  “ Recipes such as stews, risottos, polenta and soups  leave our homes,  try them first with family, friends, and acquaintances,”  he said, noting that  these dishes do not include anything of animal origin.   This gastronomic venture  has many goals, not just food. Matías Osman seeks  to have a social and cultural impact with his company.

“ Our goal is to help people to feed on plants, in a  simple, innovative and nutritious way,  and that they are  in tune with the needs of our planet.   That's all we care about and we're not going to change it.”

Today, Molé produces a vegan superfood called Alimentum,  rich in a nutritional content high in proteins, vitamins and minerals, a source of fiber, no cholesterol and no sodium.   This costs 20 pesos per portion and  is only sold to public institutions, municipalities and canteens.  Environmental defender, Matías argues that   “Animal feeding  is also damaging our forests, our water, our soils, our climate, our future and the future of our children.  The food of the future should bring us closer to our health.”

And you... Have you tried Molé yet?