Home Gastronomy Meet this bar in Neuquén, made with recyclable material

Meet this bar in Neuquén, made with recyclable material

Meet Monk! , a neuquino friends bar made for friends and made with recyclable material. 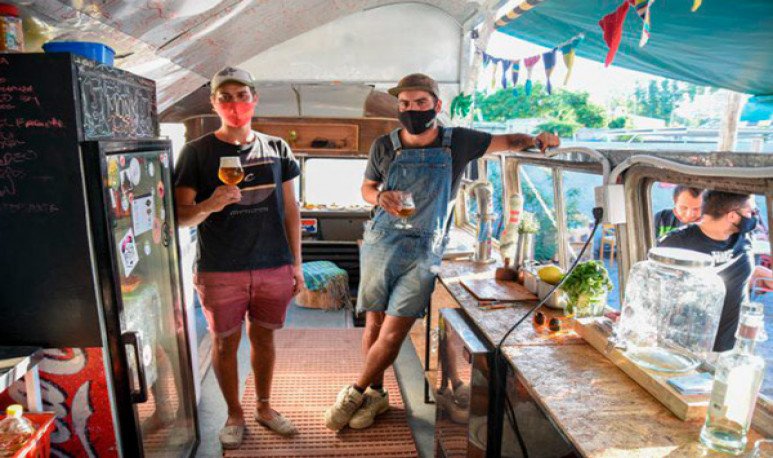 The COVID-19 pandemic shook individual roads around the world on different scales : thousands of couples ended the bond, many others formed from scratch, many people abandoned jobs that made them unhappy, others lost it hard, countless projects were suspended and so many others emerged . The case of Guillermo Gomez, Francisco Celoria and Mirko Poljack is paradigmatic:  Friends of Neuquén who lived in Buenos Aires, returned to their province and opened a bar that today is a furor ; I met these three entrepreneurs and their  Monk! , place of friends made for friends.

Preventive and Compulsory Social Isolation gave enough inputs for the three friends to sit down and skull what they wanted and could do of their lives.  Time and desire was what they had most, a little money and land near the river.   The selfless support and collaboration of dozens of friends and the  perseverance and ingenuity of young people aged 25, managed to create a brewing yard that seems to have no roof  : “We wanted to put a cart and we started looking for price and our budget did not get to buy it” , the owners of Monk told a local media! That's how the idea of the bar being a collective, it came to fruition.  “ It took two months to find the group that adapted to our needs, but we were satisfied,”  says Fran Celoria. 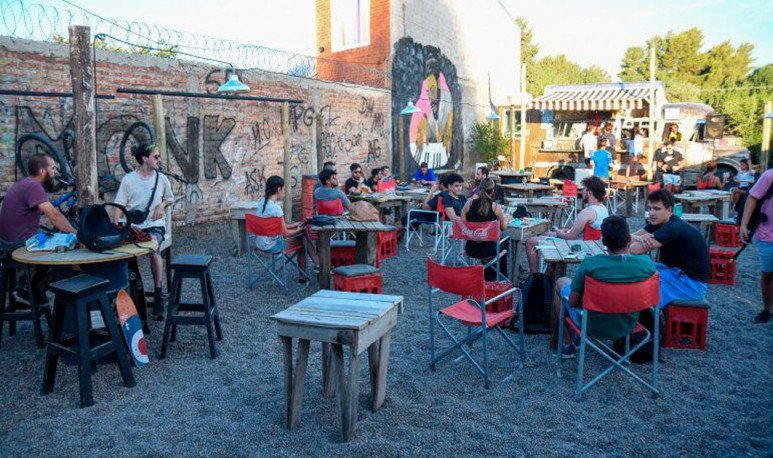 The latest thing about this bar, is that  the materials with which it is made were all recycled.  The main structure of the kitchen, for example, belonged to the emblematic grill that Guille's family had for years. The three young men sought materials to be discarded by other locals, and  the word of mouth grew so much that at one point they received donations from the historic pizzeria Franz and Peppone and the elegant seafood restaurant El Deck,  among others  .

The wild card to transform unusable materials into art, is a young native of Cutral Có  called Maxi Raco ( Creative Impact on Networks)  . Despite his young age, Maxi traveled around the continent making striking metal and wood sculptures, working with different materials and acquiring tools of all kinds.

His aesthetic contribution was fundamental from the beginning but also,  his knowledge served the owners of Monk! to recycle each of the materials to the maximum . “Where we see wood to make a fueguito and eat a roast, he rescues us and sees that it will serve to be a table,” Fran Celoria points out with admiration. Maxi is so wild card in the team that  today he can be seen attending the box or collaborating with Gin's master.  The inclusion of Maxi was vitally important, to the point that since his intervention,  all they had to buy were some inputs, poles, luminaire and part of the iron profile. 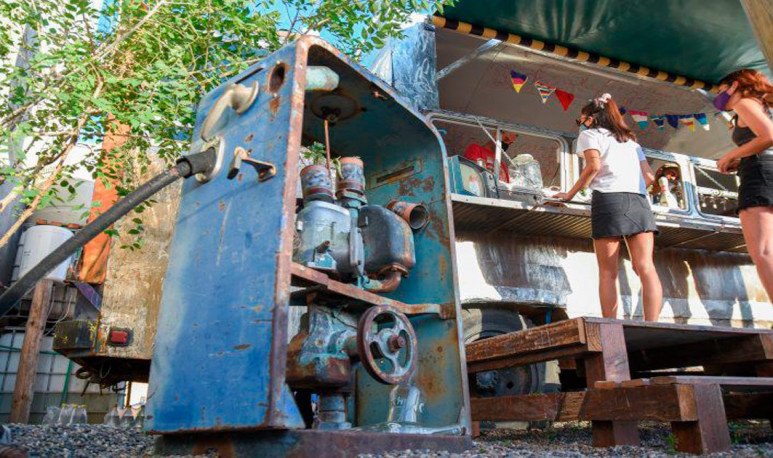 As for Monk's name! , Fran explains that  “The changes and the essence of movement all the time reflect the name of the place and features of the jazzy of Thelonious Monk . Jazz went through my whole life and I think we had a little similarity to Thelonious because he was a pianist who was unneat in his technique, but created amazing things.”

The bar has an extensive  menu of Gin Tonics by Gin's master, Javier Celoria and five canillas of the best local beers; but the specialty of the house is the good vibes of those who serve . As for gastronomy, birreras potatoes and some sanguches are what comes out the most, puff pastry painted with butter and seasoned are also included in the menu and added a  daily rotating dish . “ The idea is a little bit to steal and recycle recipes . Today we stole it from the pizzeria La Mezzetta in Buenos Aires and we already made a bondiola braised with the recipe of the barbecue Café San Juan, climbed to their networks” says Guille, the specialist in cooking.

Monk is a new space in Neuquén, located on Corrientes Street at 2100, arrived to stay

The exquisite buns with Rufino cream

Jujuy's star dish is the locro

Sweet and jam made in Patagonia

Peperina: the mountain of Cordobés

Clericó: everything you can want inside a drink